When you picture a cave, maybe you think of a dark, creepy place full of bats.

Instead of being creepy, they’re actually really interesting! Read on to learn about what caves are really like, how caves are formed, and more! 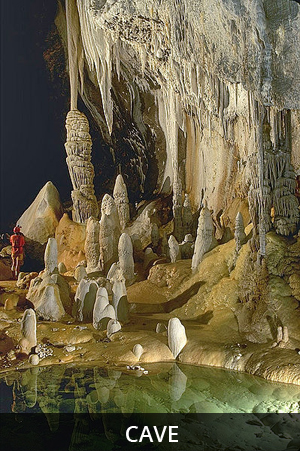 What is a cave?

A cave is an area or space under the surface of the Earth, in hillsides, or in cliff walls. Most of the time, caves are a complicated system of connected underground passageways.

How are caves formed?

It takes a long, long time for a cave to form, because the natural processes that make a cave are very slow.

These processes can include pressure, erosion from water, volcanoes, tectonic plate movements, chemical actions, and microorganisms. 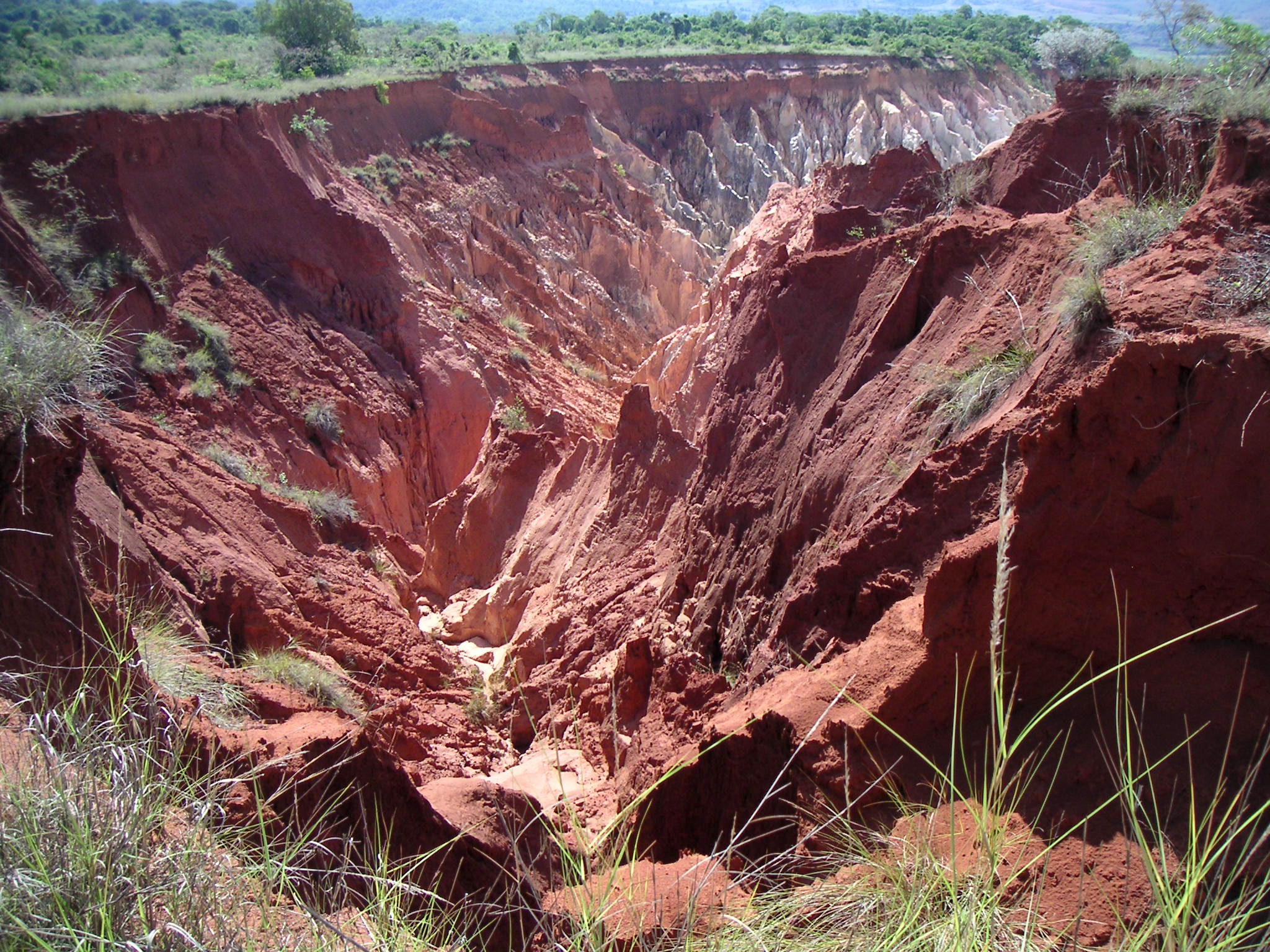 Most caves are formed in rocks that can dissolve more easily like limestone, marble, dolomite, and gypsum.

Solutional caves are the most common, and they are formed from rainfall and chemical processes. 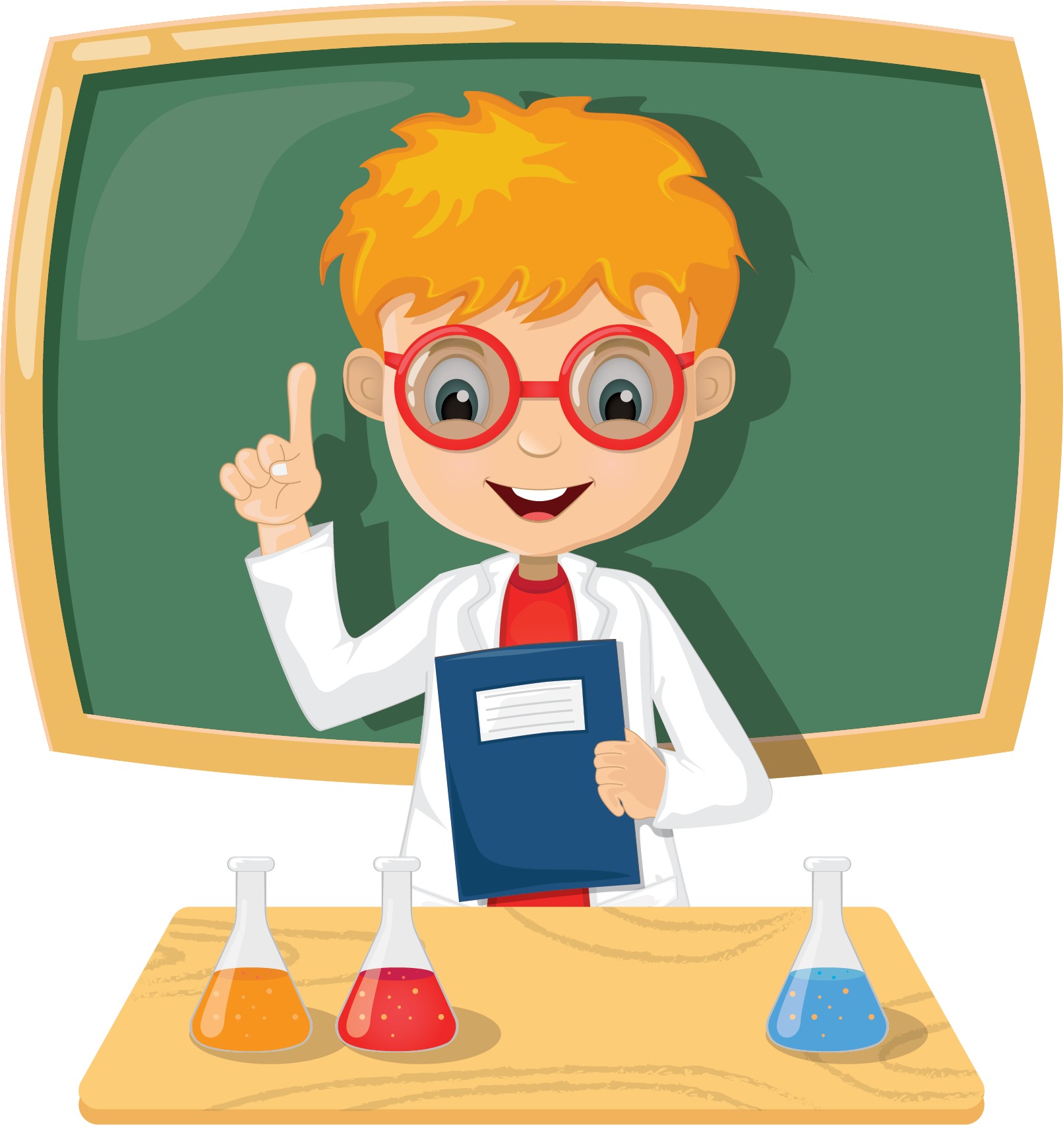 Over time, the carbonic acid eats away at the rock and dissolves it, forming a cave passage. Most of these caves take more than 100,000 years to grow big enough to fit a human!

Caves called lava tubes are formed when a volcano erupts and lava flows across Earth’s surface. 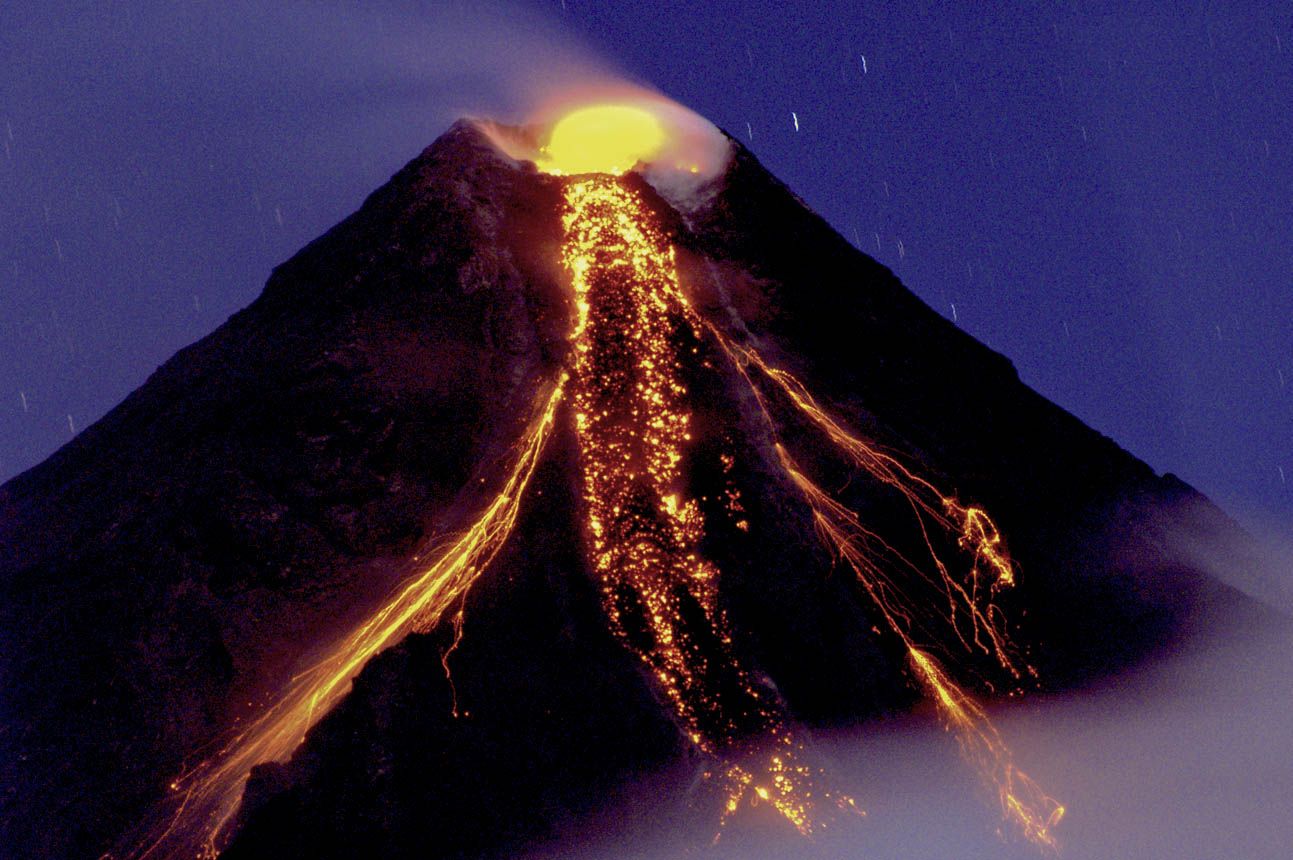 The lava on the surface hardens and forms a solid roof, while the lava underground drains away, leaving an empty tube called a lava tube. 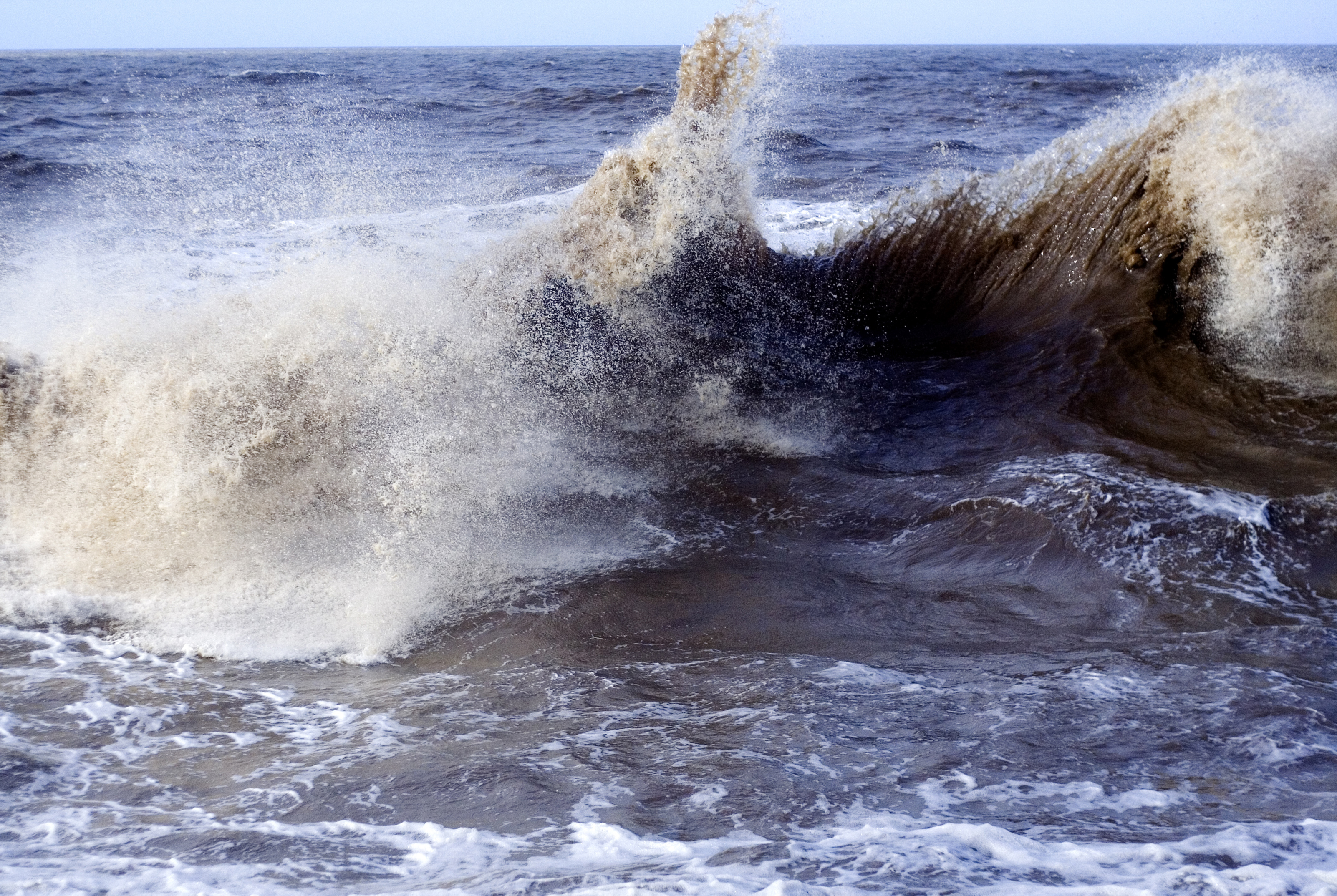 What are some features of caves?

Rock formations called speleothems decorate most caves. Speleothems can hang down from the ceiling, sprout up from the ground, or cover the sides of a cave. 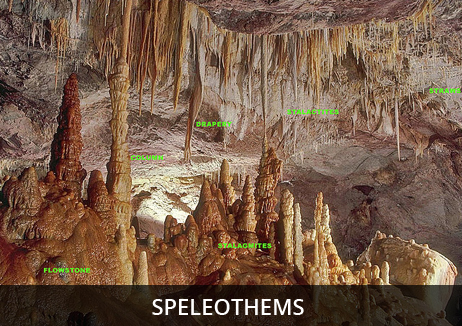 The speleothems that hang from the ceiling look like icicles and are called stalactites. They form from water dripping from the roof of the cave.

Stalagmites grow upward, and this is usually from water that dripped off the end of stalactites. Sometimes stalactites and stalagmites join together in the middle, forming columns.

The sheets of calcite that cover some cave walls or even cave floors are called flowstones. Other rock formations include helictites, which form twisty shapes running in all directions.

These speleothems grow only an inch every 100 years, so you know that caves with large stalactites or stalagmites have been around for a long, long, long time!

What types of creatures live in caves?

Some animals like to hang out in the entrance of caves, but don’t truly live inside of caves. 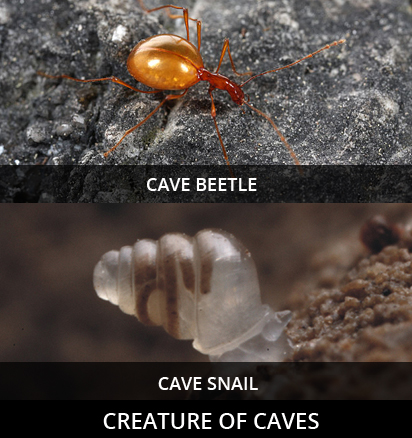 Some troglophiles want to escape from the heat in a shady spot, and some use the cave entrance for safety, sleeping, or hibernation. Certain birds like swallows and owls may use cave entrances for nesting.

The true cave dwellers are the troglobites. These are animals that live inside of caves and never go outside. 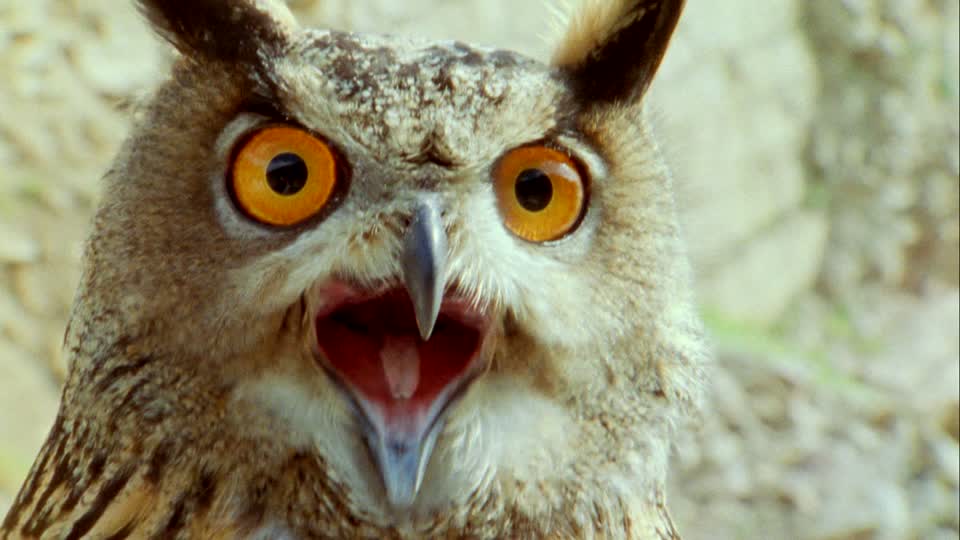 They have usually adapted or adjusted to life inside a cave with physical changes like reduced or no vision and a loss of color.

For example, blind cave fish have no eyes and no coloring.

Bats aren’t actually troglobites because they only use caves for sleep and reproduction. 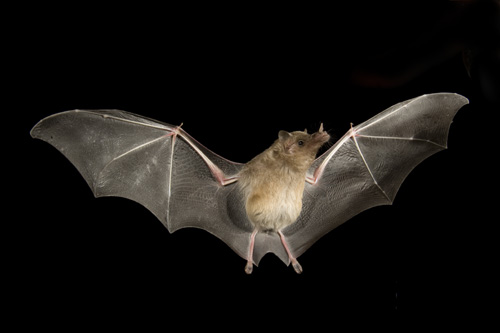 They frequently leave the cave to hunt food. Also, despite popular rumors, bats are not blind.

Scientists who study caves are called speleologists, and they believe there are close to 50,000 different species of troglobites.

Although new species are being discovered all the time, we will probably never discover them all. 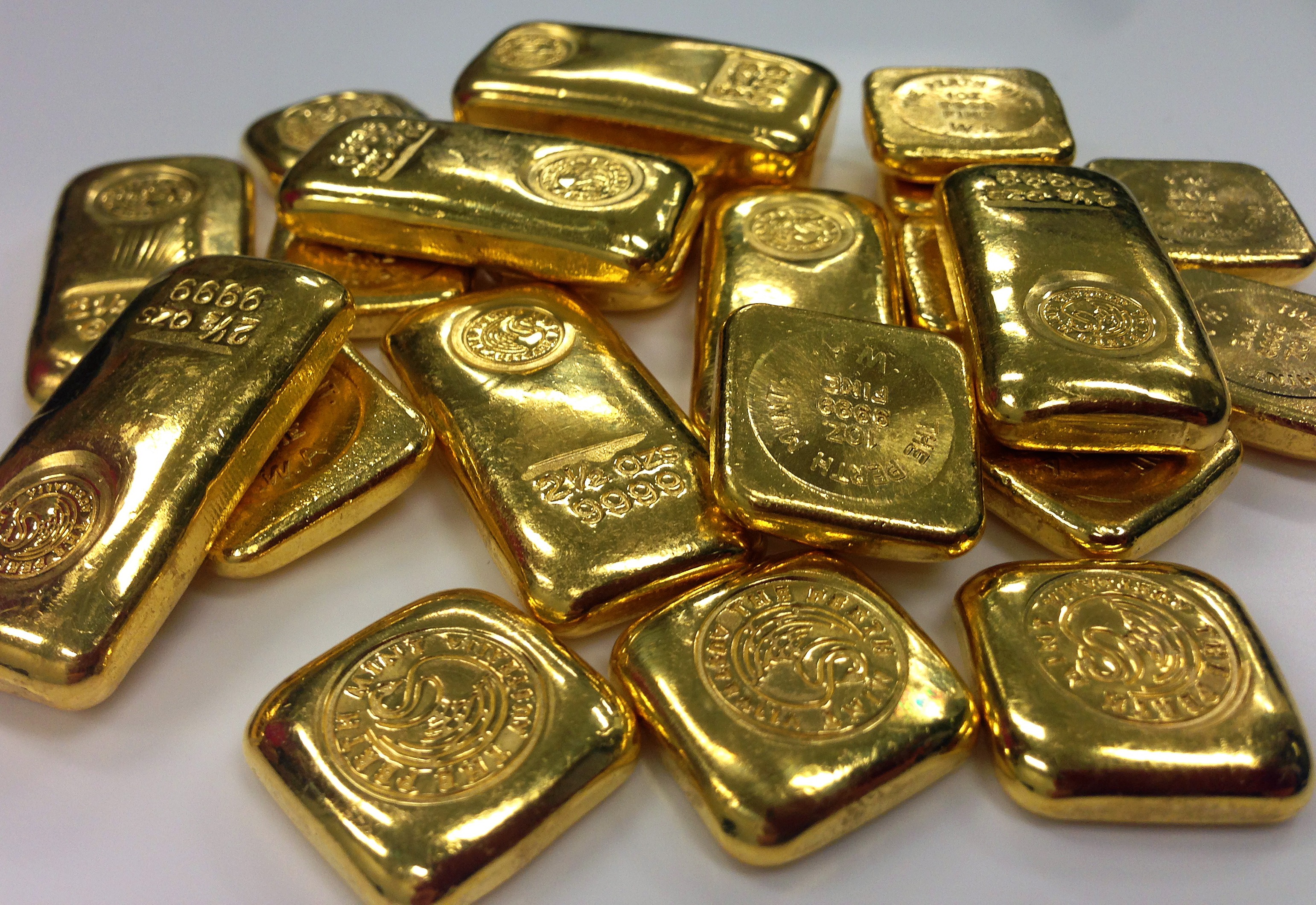 Humans have used caves throughout history for burial grounds, shelter, and religious sites. Ancient treasures and artifacts have been found in caves all over the world.

The maximum depth a cave can reach underground is about 9,800 feet (3,000 meters). Beyond this point, the pressure from the rocks would become too great, and the cave would collapse. 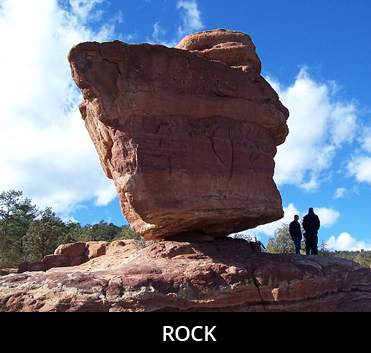 The deepest cave humans have discovered is the Voronya Cave in Georgia. It is 7,208 feet (2,197 meters) underground.

Aren’t caves fascinating? Maybe one day you’ll go spelunking and explore one for yourself!