The chicken is well-known for many things – clucking about on farms, laying eggs, and being covered in big, white feathers, to name a few.

All of these things are obvious, but there are many interesting facts about this animal you may not know. 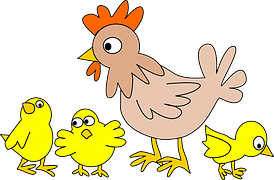 If you’ve ever visited a local farm, it’s very likely you’ve seen a bunch of chickens running about. Perhaps you’ve even held a baby chick at one point in your life.

The chicken is much more fascinating than one may realize – read these chicken facts to learn more about this mostly domesticated animal.

Keep in mind, we can’t tell you why the chicken crossed the road! 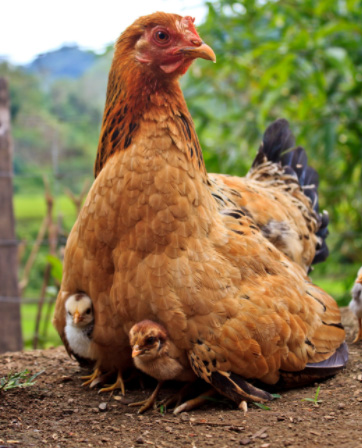 Like we mentioned above, most chickens are domesticated – this means they have been tamed and kept as pets.

They can fly but only for short distances of 40-60 feet.

You’ll usually find chickens on farms or in backyards, although wild chickens can be found in India and Asia.

Domesticated chickens are usually born and raised in chicken coops or some kind of fenced-in area.

A chick refers to the babies (of either gender). Confusing these two words is a very common mistake that many people make.

A chicken’s diet will not be very appealing to us humans – chickens in the wild like to eat whatever they can overpower, like mice, insects, and grains.

Domesticated chickens are often given “chicken feed” which is specifically created for chickens to give them the proper nutrition they need to grow. 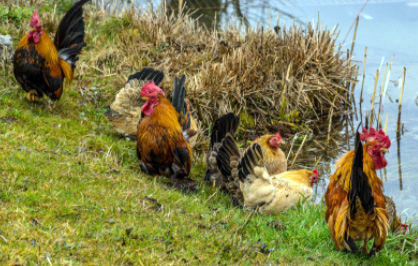 The average chicken might drink up to 500ml of water a day. It’s important for chickens to stay well hydrated – hens in particular are more sensitive to water deficiency than food deficiency.

It can even affect how well they lay eggs.

Despite popular belief, not all chickens look exactly the same – they can come in different sizes and colors.

However, the general body structure of chickens is rather similar, and includes a tiny head with a very plump body.

Most chickens also have scale-covered legs and sharp claws used for gripping objects and walking. 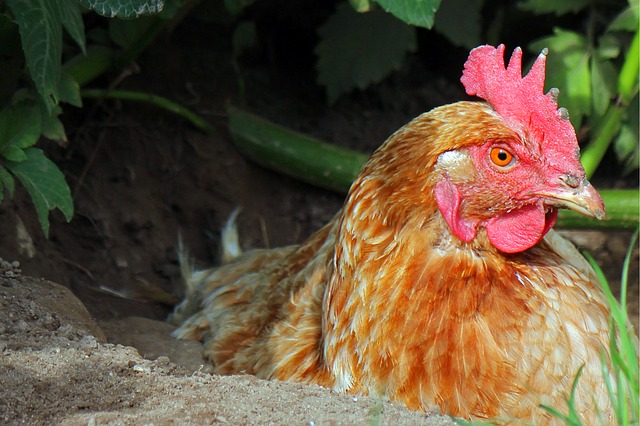 Chickens aren’t just white, brown, and black – they can be gold, silver, red, blue, and green! 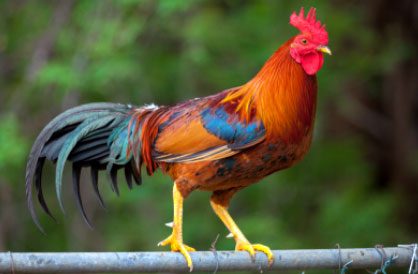 They have brighter colors and longer tails, with pointed feathers on their back and head.

For more than 7,000 years, people have raised chickens for their meat and eggs.  They also make good pets and are generally tame and gentle. 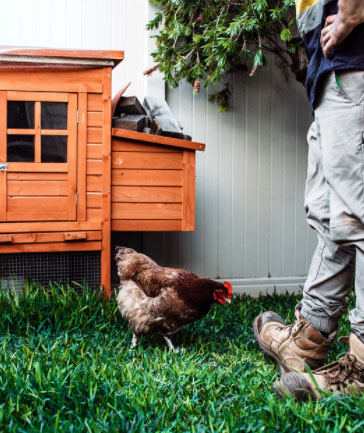 They were first domesticated in China and India.

Chickens are social, they like to be awake most of the time and peck around. They can develop affection for a caring owner and like being petted.

Chicken are said to have the ability to recognize human faces.

Chicken usually live 5-10 years. But the longest recorded lifespan for a chicken is 16 years.

Animals like bobcats, hawks, snakes, raccoons, foxes, owls, opossums are their enemies who prey on them.

Believe it or not Fun Facts!

Believe it or not, it is most likely that chickens were first domesticated for fighting each other, not for food.

Forcing chickens to fight each other, or “cockfighting,” is illegal in all 50 states today, and is considered to be a form of animal cruelty. People can now be punished by the law for this type of crime.

Believe it or not, despite popular belief, chickens are not completely flightless. Chickens can fly a little bit – well enough to make it over a fence or even up a tree, no farther than 50 feet, but the record for the  longest flight by any chicken is 301 feet. This world record flight lasted 13 seconds.

Chicken can run as fast as 9 miles per hour.

Believe it or not, there are more chickens than any other type of bird species in the world – around 25 billion, to be exact.

There are only 7 billion people in the entire world, so that means there are more chicken than people on the planet! We are certainly outnumbered by our feathered friends, aren’t we? 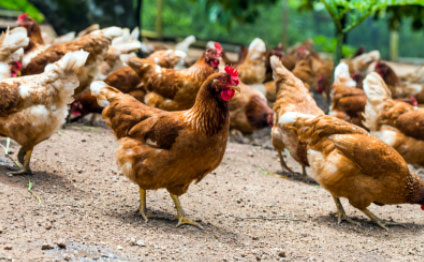 Believe it or not, chickens can be induced into a hypnotic state by drawing a straight line in front of their beaks. This is called “tonic immobility,” and it means a catatonic fear-induced state.

It is induced by holding a chicken on the ground and drawing a straight line using chalk in front of them – the chicken will focus on the line and become hypnotized and motionless. When the chicken is released, it will remain motionless for 30 seconds to 30 minutes, or until distracted/moved.

It was found that Chicken produced larger and heavier eggs when they listened to classical music.

KFC is loved worldwide. Believe it or not, if all the chicken eaten at the various KFC outlets all over the world were placed one after the other, they could encircle the earth 11 times. 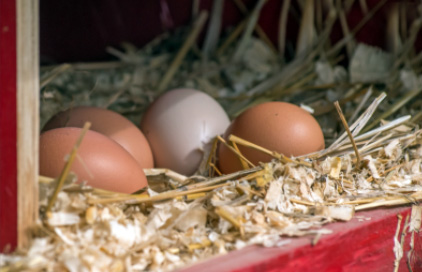 Chicken never pees, their urine is mixed in their poop.

Sometimes two hens can use the same nest.

Farmers sometimes use golf balls (fake eggs for the chicken) to lure the hen to lay in a particular location.

Believe it or not, the chicken is the closest living relative to the Tyrannosaurus Rex!

In Gainesville, Florida; it is illegal to eat fried chicken with a fork. This bizarre law is however never enforced.

Most of the eggs laid by the chicken are laid in the morning, between 7 am and 11 am.

9 is the world record for most yolks in a single egg.

The worlds largest egg had 2 yolks and weighed 12 ounces. 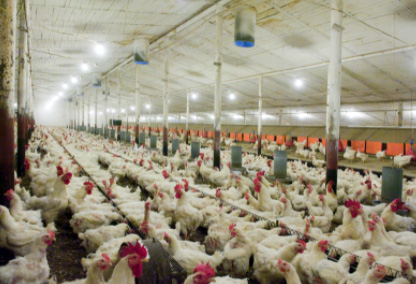 A chicken can have its head chopped off and still run the full length of a football field.