Chimpanzees or chimps – as they are sometimes called – are mammals.

This is because they are covered in hair, give live birth, and drink milk when they are babies.

Contrary to popular belief, chimps are not monkeys. They belong to the great ape family, along with gorillas and orangutans. 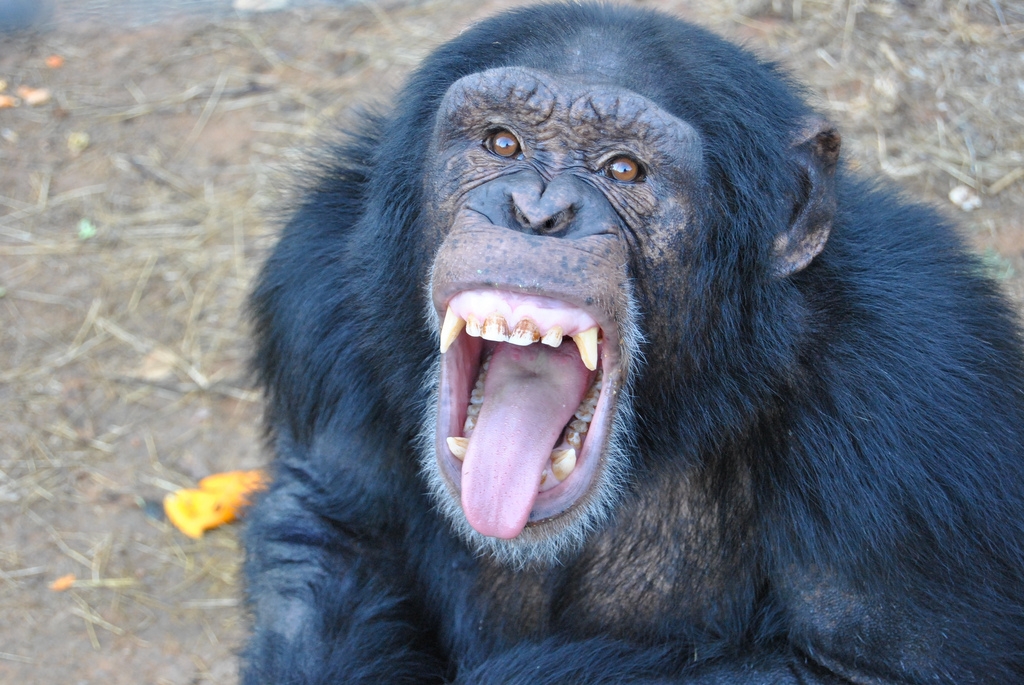 They have long arms, short legs, and do not have tails.

These animals live in tropical forest and woodlands around savannahs in Africa.

They can only be found in central Africa, and their populations are widely spread.

Chimpanzees have almost the same DNA as humans! It is hard to believe, but it is completely true. 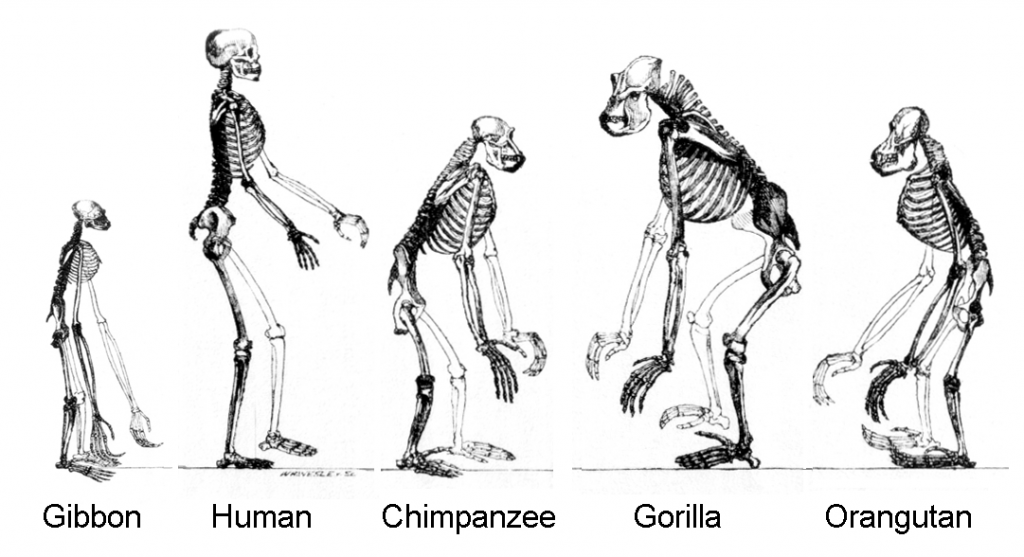 We share about 98.5% of our DNA with Chimps, making them some of our closest animal relatives.

As a result of this close relationship, we share many similar features. These include big toes and hands, as well as expressive faces.

Chimpanzees are social creatures that live in large communities. These groups can be as small as 15 chimps, or as large as 80.

These groups travel together, eat together, and sleep together. They are led by a dominant male, which is called the alpha.

Chimpanzees are also one of the most intelligent animals on the planet.

They are second only to humans among primates, which is a group of animals that includes monkeys and apes.

With their intelligence, it is no surprise that these amazing creatures are one of the few animals in the world to use tools to get jobs done. 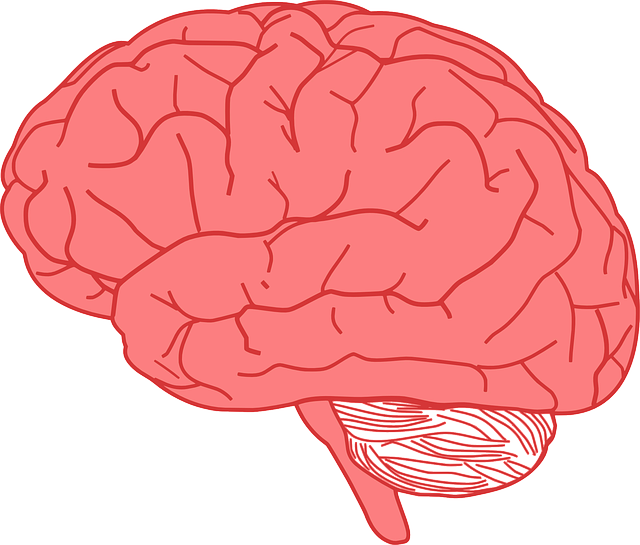 They have been seen using rocks to crack nuts, sticks to dig out termites, and hold up leaves like umbrellas!

Chimps are masters of communications. They talk using hoots, grunts, and screams. 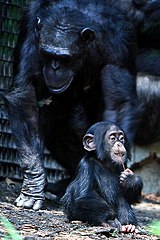 They also communicate with body language, gestures, and facial expressions.

These animals are also very clean, which might be a bit surprising.

They love to spend lots of time running their fingers through each other’s hair to remove bugs, dirt, and dead skin.

While this might sound gross to us, grooming helps to keep the chimps clean.

It is also an essential social skill, as it helps them to build friendships and strengthen bonds with each other. 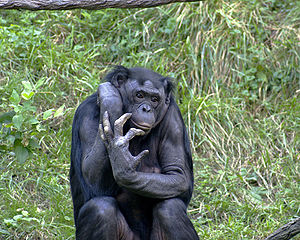 Chimps love to eat lots of different kinds of food. They enjoy fruit the most, but they have been known to eat leaves, flowers, bird eggs, insects, and seeds.

They have also been seen eating monkeys, pigs, and other chimps!

Mother chimps will usually only give birth to one baby at a time, though twins do happen on occasion.

They will give birth to babies every six years or so.

Babies will usually stay with their mother until they are six or seven years old.

They spend the first six months on her belly, and then the next two years on her back. 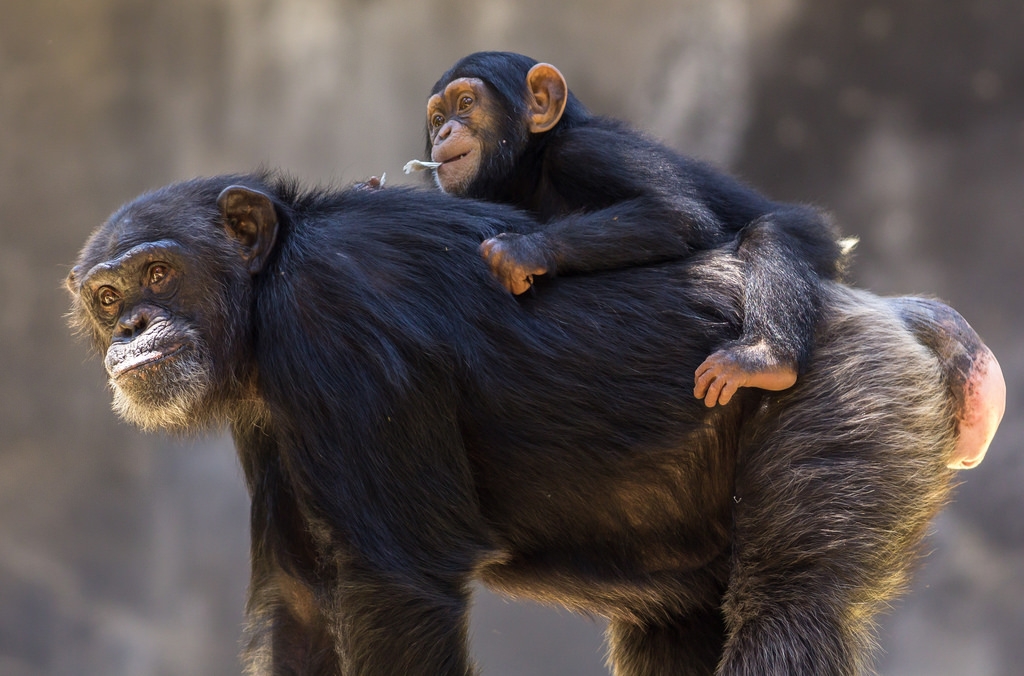 This is mostly due to loss of habitat.

Their numbers have also declined due to hunting, both for meat and for use in zoos, circuses, and medical research.