The dragonfly might win the award for the coolest insect name ever, don’t you think? This flying insect is well known for coming in a variety of colors and moving around rather quickly.

The dragonfly might look neat, but this creature is actually very fascinating. 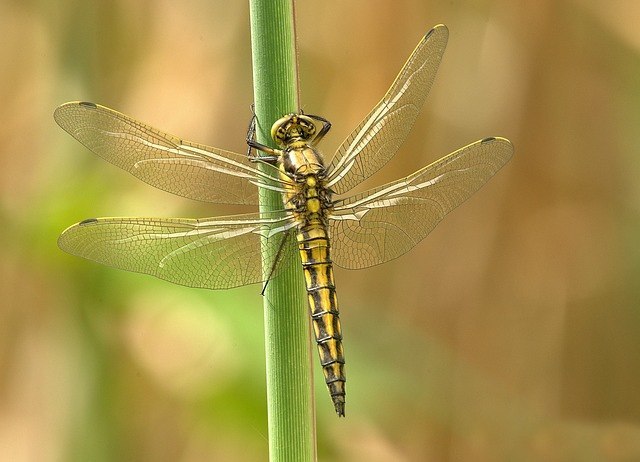 This ancient insect has been around a very long time – believe it or not, they have been flying around for over 300 million years!

We’ve compiled a list of the most interesting dragonfly facts around, so read below if you want to learn more about this insect.

Dragonflies are some of the most colorful insects around, and come in a variety of different colors. They can also vary in size, as well.

With over 5,000 species of this insect, they certainly do not all look exactly the same.

Generally speaking, the dragonfly has six legs (like all insects), a thorax, head, and an abdomen.

Out of the 5,000 species of dragonflies that exist, only 450 reside in the United States.

Although the dragonfly has six legs, they aren’t the best at walking. They are, however, excellent at flying.

They can fly very fast, at speeds of 30 miles per hour – this makes them some of the fastest flying insects in the entire world.

Dragonflies also have the neat ability of being able to fly backwards.

Where do dragonflies live?

Dragonflies live in many different places throughout the world, but they are most commonly found in warmer climates near the water.

They start their lives in water, so it is very common to find dragonflies near rivers, swamps, lakes, ponds, and streams. 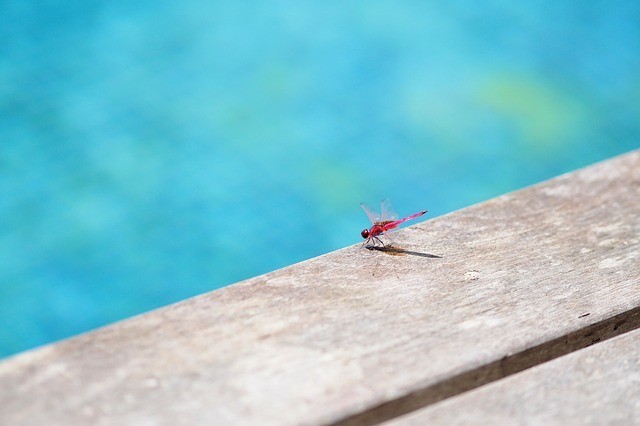 Dragonflies this large were at one time roaming the earth with dinosaurs! There are also surprisingly tiny dragonflies, with a mere 7/10 inch (17 – 18 mm) wingspan.

Dragonflies generally eat other insects, usually midges or mosquitoes. They have been known to sometimes eat moths, butterflies, and even smaller dragonflies.

Although larger dragonflies may attempt to bite, they cannot break the skin or cause notable damage. Generally speaking dragonflies are harmless to humans and will not bite whatsoever. They have no ability to sting.

Adult dragonflies have to watch out for birds, spiders, frogs, and even larger dragonflies as predators. When dragonflies are still larvae, there is danger of fish, frogs, toads, newts or other water dwellers attacking them.

When dragonflies first hatch, the larvae will stay in the water for close to a year. When they are grown enough to fly about, their life cycle becomes around one month long.

In some cultures, if a dragonfly lands on your head, it is actually considered good luck.

A group of dragonflies is called a swarm.

Many people take up the hobby of “oding,” which is actually dragonfly watching, similar to bird watching.

This is something many people enjoy, as it allows them to learn more about dragonflies and how they go about their daily lives.

Many dragonflies will wait under the sun and become warm in the mornings before beginning their day of flying around.

Dragonflies have very interesting compound eyes. Their large, round eyes are actually made up of thousands of smaller eyes, giving them good eyesight and allowing them to see in many different directions. 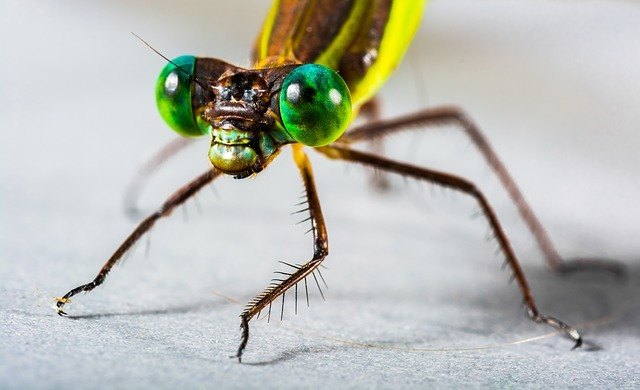 Dragonflies actually have two sets of wings – this helps them in flying because they don’t have to beat their wings as often.

Other names for dragonflies from around the world include: “water dipper” in England, “old glassy” in China, and the ancient Celts called them “big needle of wings.”

There are lots of myths about dragonflies that many people and cultures believe are true.

One myth is that dragonflies are “snake doctors” and can heal snakes. If you ever hear that myth, you can let the person who told you know it isn’t true!

Dragonflies cannot heal snakes or bring them back to life, and this is just a funny old legend.