These animals are very well known for their signature yellow coloring and those infamous “quack!” croaks they emit.

They’re also prominently featured in Easter advertising and popular children’s cartoons as wacky characters that make us all laugh. 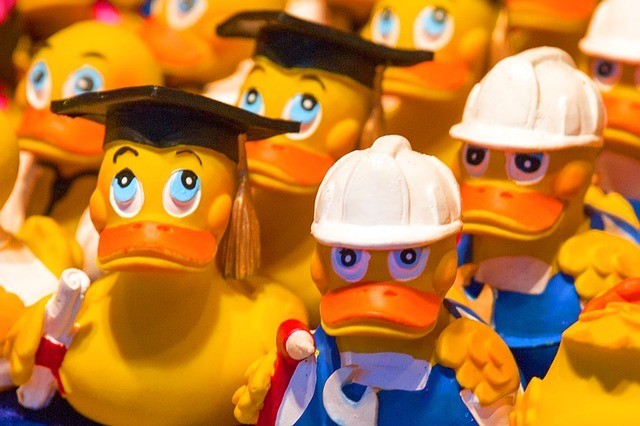 Despite their popularity, many people don’t know the actual facts about ducks.

We’ve covered all of this and more in our fascinating duck facts article, which you can read below.

What kind of birds are ducks?

Ducks are birds that are referred to as “waterfowls” because they are usually found near bodies of water, like rivers, streams, and lakes.

They are related to the goose and swan, two other waterfowls. 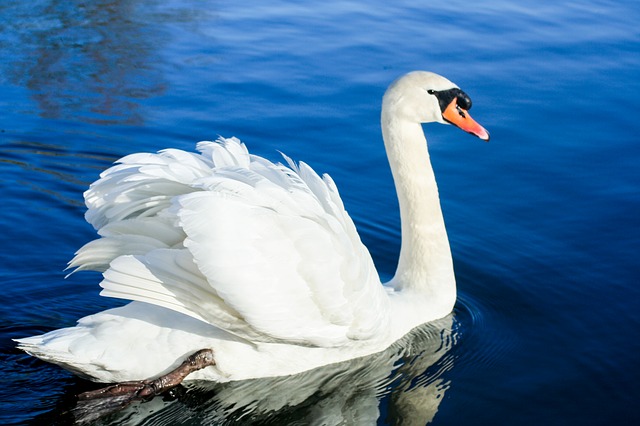 Ducks have webbed feet which are specifically designed for helping them swim.

Do all ducks “quack”?

Although many people think of the signature “quacking” sound when it comes to these animals, not all ducks quack. Some ducks emit a squeal, and many male ducks are actually silent.

Ducks are produce more interesting and varied sounds than just the quack most are familiar with. 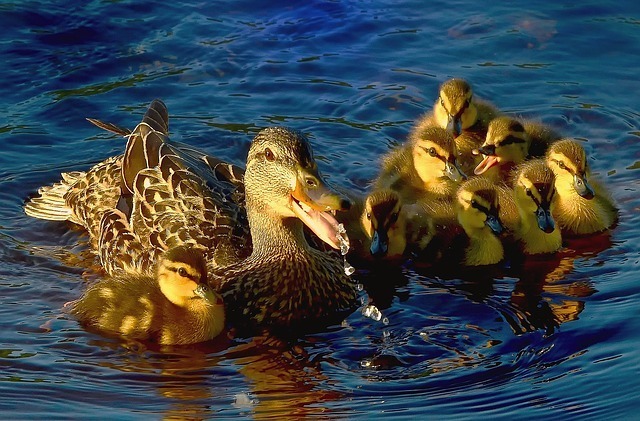 A duck can turn its head completely backwards to “preen,” or clean, itself. They put their beaks into the soft feathers of their wings, back, and rest of the body.

This is something ducks do quite often, so they must really like being clean animals.

At one time, all ducks were considered wild animals. They were domesticated by the Chinese hundreds of years ago.

Ducks have mouths that are referred to as bills. Typically the bill of a duck is flat and rather broad, but comes in different sizes and unique shapes as well.

The way a bill is shaped will determine what kind of food the duck eats and how it goes about hunting for it. 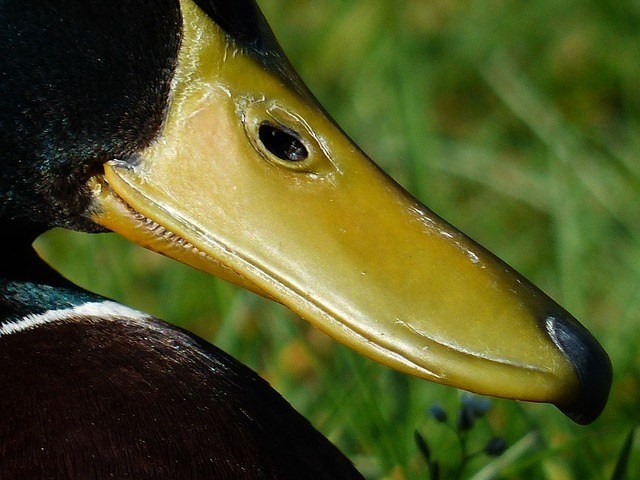 Ducks with broad beaks sift for their food, picking out insects, snails, and seeds from the dirt and muddy ground.

A good example of this is the Northern Shoveler duck. Ducks with narrower beaks typically have razor like edges allowing them to grab fish from the water.

A good example of this is the Goldeneye duck. There are some ducks, like the black duck and the gadwall, that do not dive for food.

They are called dabblers and eat plants, seeds, grass, small insects, and animals they may find on or underneath the water.

Are all ducks yellow?

Ducks aren’t really yellow! Many people associate the color yellow with all ducks, no matter how older they are or what species they are.

In reality, adult ducks are not banana-yellow colored (and most ducklings are not either).

The male typically has a green head, white neckband, and grayish body, while females typically are brownish in color.

However, there are many colors of ducks.

In general, male ducks are more colorful than their female counterparts. 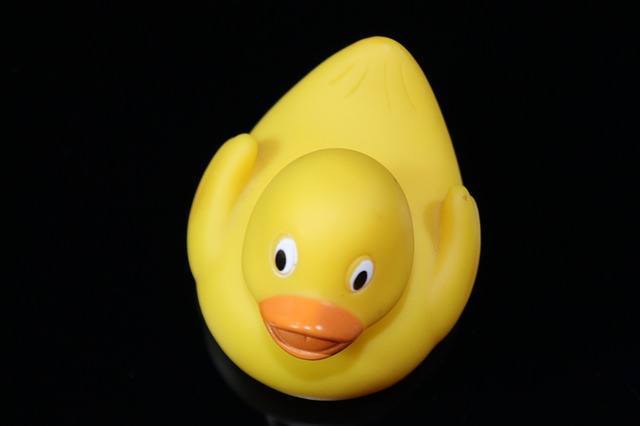 Ducks can be found everywhere in the world, except for Antarctica because is too cold for them there.

There are species of ducks that migrate or need to go long distances away from their homes every year so they can have their babies.

Most of the time ducks will choose warmer areas to raise their young ones. These animals have been known to travel thousands of miles away from their homes for the sake of properly raising their babies.

Male ducks that are very colorful are seen as more attractive by the female ducks! Female ducks are usually brownish colored to make hiding from enemies easier for them. 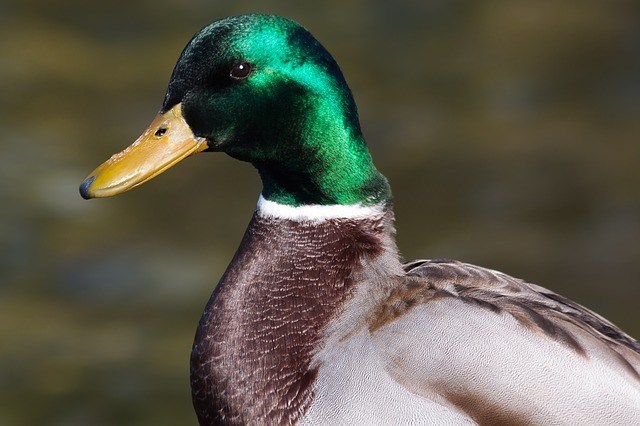 The most common duck in the United States is the mallard duck. The mallard is most commonly found in the Appalachian and Rocky mountains.

Female mallard ducks are very vocal and have an interesting variety of quack sounds they can make.

The male mallard duck, on the other hand, only produces a very soft raspy sound and is much quieter in general.