Gorillas are fascinating creatures. Read on for some really cool facts about these amazing animals.

Where do Gorillas Live? 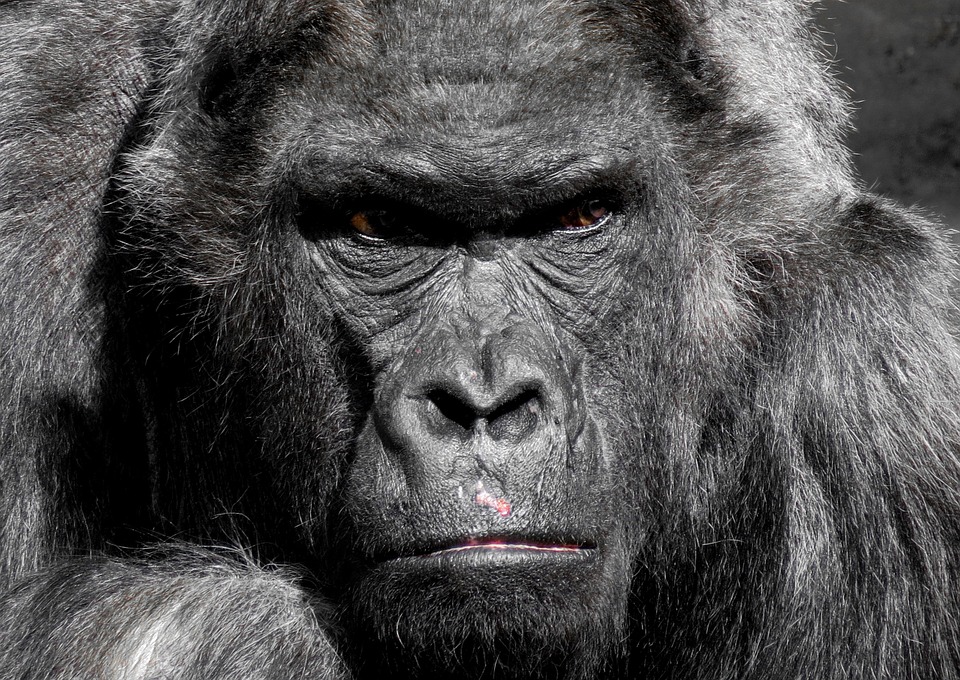 The Western Gorilla lives in Western Africa in countries such as Cameroon, the Congo, the Central African Republic, and Gabon.

The Eastern Gorilla lives in Eastern African countries such as Uganda and Rwanda. Gorillas live in a range of places from swamps to forests.

There are lowland gorillas which live in bamboo forests, swamps and lowland forests.

Then there are also mountain gorillas, who live in forests in the mountains.

What do Gorillas Eat?

Gorillas are mostly herbivores which mean that they eat plants.

The plants they eat include leaves, stems, fruit, and bamboo. 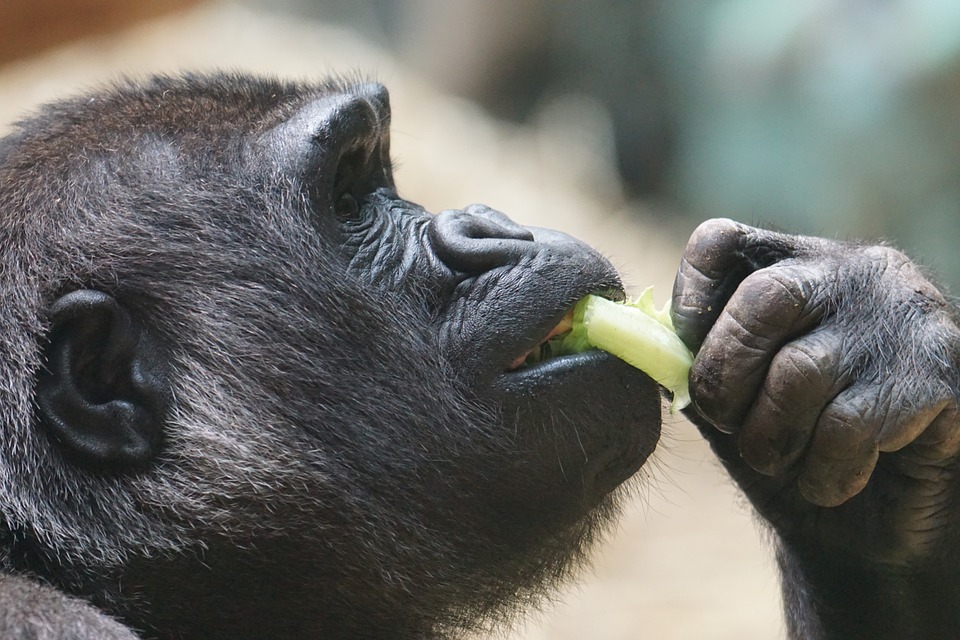 A full grown adult male will eat around 50 pounds (about 23kg) of food in a day. Just one day! That’s a lot…clearly they get really hungry!

How Big Do They Get?

Gorillas form part of a group of animals called primates. They are the largest species of primates.

The males are often twice as big as the females. 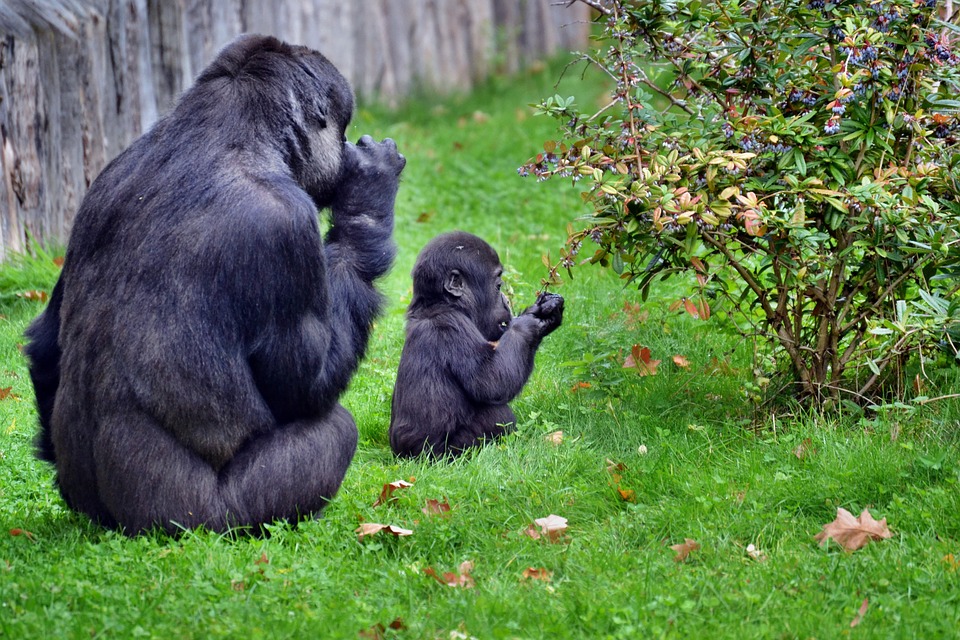 They have long arms, even longer than their legs! They use their long arms to “knuckle-walk”.

This is where they use the knuckles on their hands to walk on all fours. Cool!

They are mostly covered with brown hair. Gorillas from different areas may have different coloured hair.

When male gorillas get older their hair turns white on their back. These older males are called Silverback gorillas.

Yes, gorillas are endangered. Recently the Ebola Virus killed a number of them.

This disease, coupled with people hunting gorillas, has put both species in more danger of extinction. That’s not cool at all. Imagine the world without these knuckling walking beauties?

Gorillas have hands and feet like humans including thumbs and big toes. Cool!

Some gorillas in captivity have learned to use sign language to communicate with humans. Now that would be awesome to be able to have a good old chat to a gorilla. 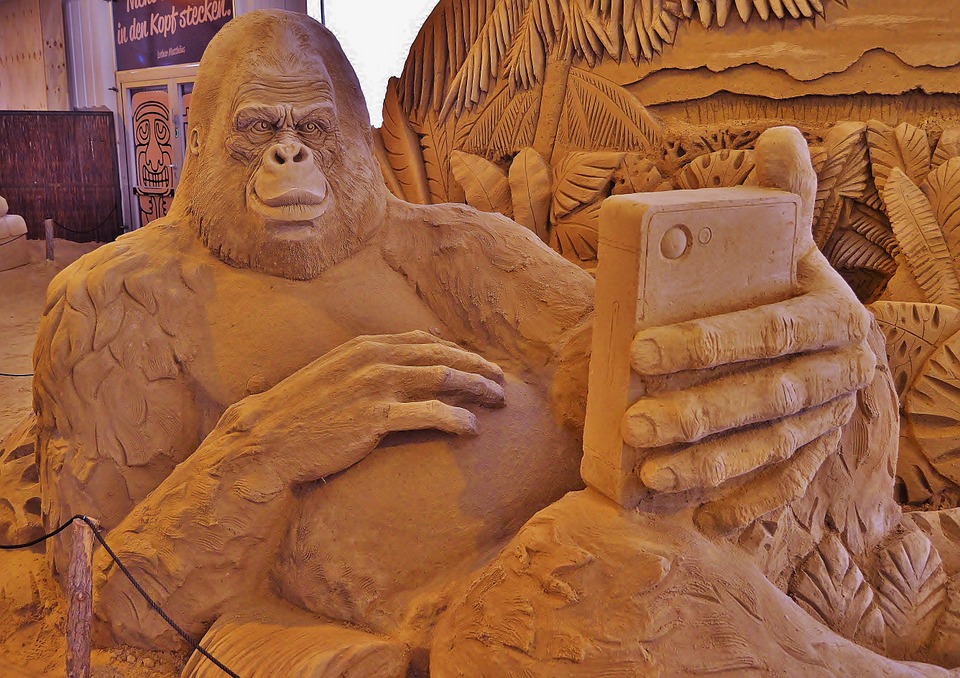 Gorillas live in small groups called troops or bands. In each troop there is one dominant male Silverback, some female gorillas, and their babies.

Gorillas live to around 35 years. They can live longer, up to 50 years, in captivity.

They sleep at night in nests. Baby gorillas will stay in their mother’s nests until they are around 2 ½ years old.

Gorillas are generally calm and passive animals, however, the Silverback will defend his troop if he feels threatened. Don’t mess with the Silverback!

They are highly intelligent and have now been observed using tools in the wild.