The sun, a fresh cup of cocoa, and a pot simmering on the stove all give off heat. But what is heat? How is it created? Keep reading for some cool facts about heat!

Heat is actually a form of energy. As atoms and molecules inside of an object move, they create heat energy. The faster they move, the hotter the object.

Temperature is a measurement of how fast the atoms or molecules are moving within an object! 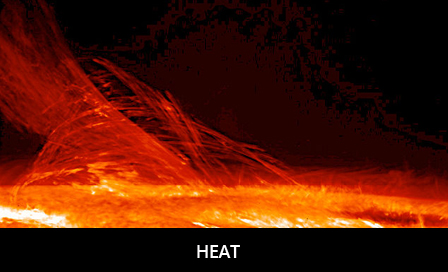 So what about cold objects like ice cream or snow? Do they have no heat energy? No, most objects have some heat energy.

If they completely stop moving inside of an object, the object reaches a temperature called absolute zero. At this point, the object would have no heat energy.

How does heat move?

Heat moves when objects have different temperatures, and it always moves in the same direction: from hot to cold.

For example, if you touch a hot stove, you feel the heat moving into your body.

There are three different ways that heat can move: conduction, convection, and radiation. 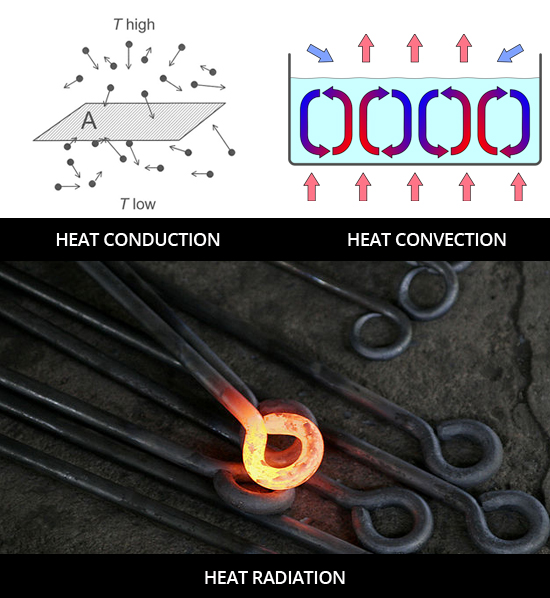 Conduction happens when something hot touches something cooler, causing heat from the hotter object to travel to the cooler object, like in the example above.

If your hand, which is cooler than a hot stove, reaches out and touches the stove, the heat will travel into your hand.

Have you ever walked barefoot across a sidewalk or parking lot on a hot day? What happened? Your feet started to feel, really, really hot, right?

That’s because conduction transferred the heat from the pavement to the cooler temperature of your feet.

Another example of conduction is the way an ice cube melts if you hold it in your hand. This is because the heat from your hand is moving into the much cooler ice cube, causing it to melt.

Convection occurs when heat is transferred through a gas or liquid as the hotter material moves to a cooler area. You’ve probably heard that “warm air rises,” and this is one example of convection.

Convection is also the reason that water moves around so much as it’s boiling.As the water at the bottom of the pot becomes hot, it rises to the top, with cooler water moving down to replace it.

This causes the circular motion that leads to boiling.

Have you ever seen the steam rising up from a hot drink, like hot chocolate, tea, or maybe a cup of coffee? This is convection, too!

The steam you see is the warm air rising due to the heat of the liquid in the cup.

Radiation is when heat travels through the air in invisible waves. For example, if you are smart enough not to touch the hot stove, but you do lean over it, you can still feel the heat radiating from the stove.

The warmth you feel when sitting by a fire is another example of radiation. Microwaves heat your food using radiation, too. 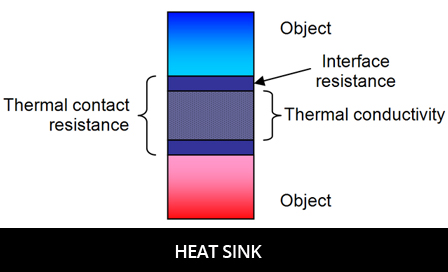