The hippopotamus (or ‘hippo’) is a large mammal that is considered one of the most dangerous animals where they live.

Their name means ‘river horse’ and they spend a large amount of their life in water, such as streams and lakes.

Keep reading to find out more interesting facts about hippos. 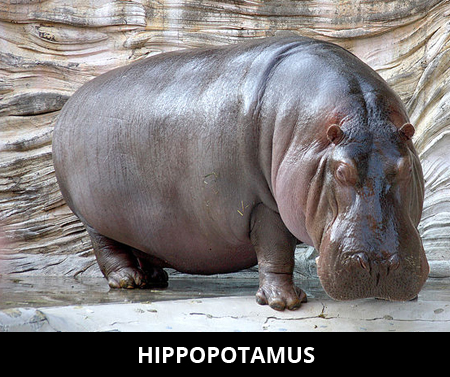 What are characteristics of hippos?

Hippopotamus are large mammals, which means they have hair, they give birth to life young, and feed their babies with milk.

They are considered the third largest mammal that lives on Earth, only behind the rhinoceros and the elephant. 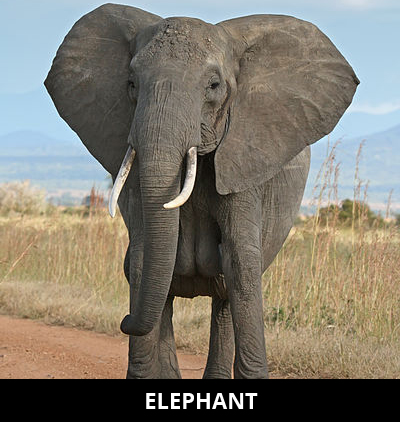 Hippos have short legs, a huge mouth, and bodies that are shaped like barrels. Although they look extremely fat, hippos are actually in excellent shape and can easily outrun a human.

What are the different names for hippos?

A male hippopotamus is called a bull while a female is called a cow. A baby hippo is called a calf and a group of hippos are known as a herd, a pod, or a bloat. 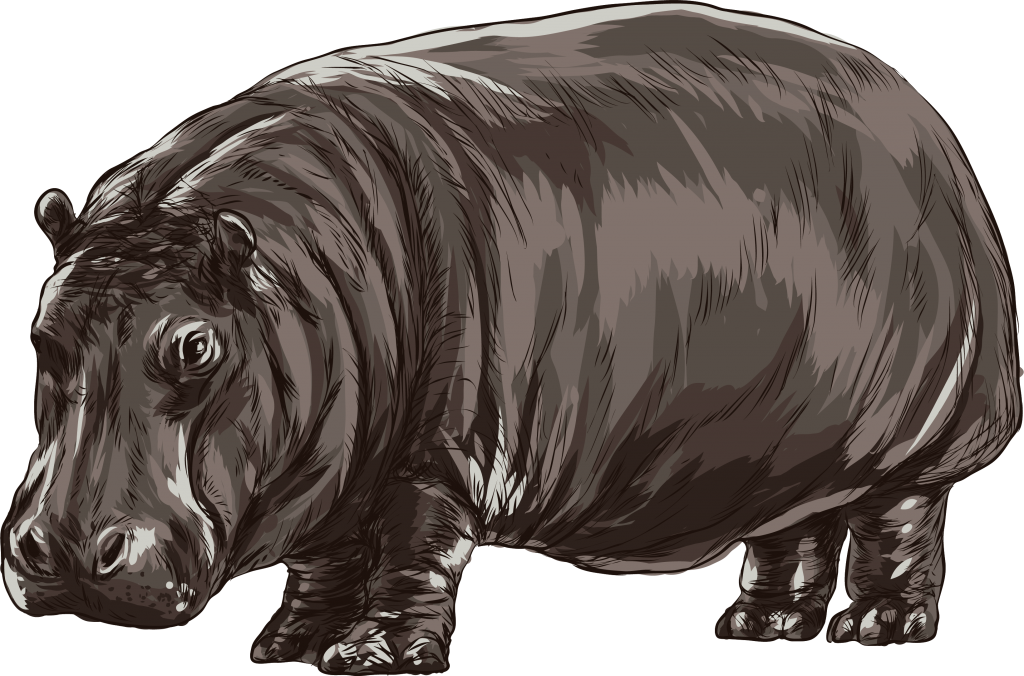 Where do hippos live?

Hippopotamuses live in Africa and can be found in savannahs and forests. They are land animals, but they spend a lot of their time living in water, like rivers, lakes, and swamps.

They rest in the water or mud when they are feeling hot or need to stay cool.

They will usually stay in water during the day and come out to eat once the sun starts going down. 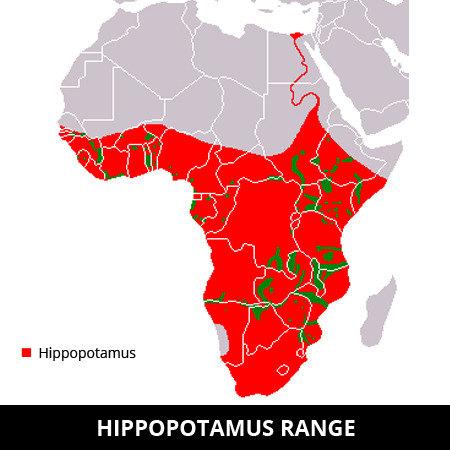 Once the temperature begins cooling down, hippos will leave the water to go on land and search for food. Hippopotamuses are herbivores, which means that they only eat plants.

In fact, they can eat up to 150 pounds of grass each night!

Do any predators go after hippos?

Because adult hippos are so large and strong, no animals try to hunt or attack them. There are a few predators that will try to hunt young hippos, however, and these include Nile crocodiles, lions, and spotted hyenas.

Hippos are threatened by humans as they are poached for their meat and their ivory teeth. They are now considered vulnerable, meaning we have to take particular care to look after and protect them.

How do protect themselves?

Hippos are extremely aggressive animals, and will attack anything or anyone that is trying to hurt or threaten them.

Hippos will even attack humans if they come close. 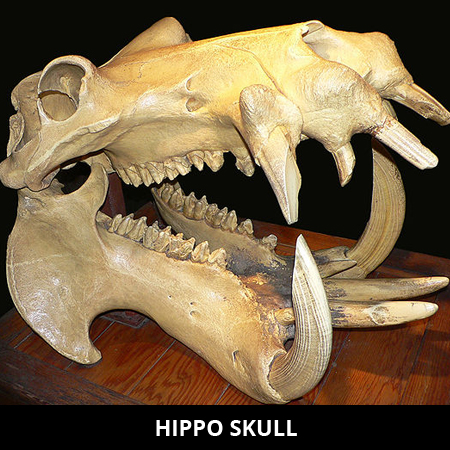 Hippopotamuses are mammals and are the third largest land animal.

They live most of their life in water, and can be found in Africa.

Hippos mainly eat grass and can consume up to 150 pounds in one day.

Adults hippos have no animal predators due to their weight and size.

They are extremely aggressive and are called the most dangerous animal in Africa.

Hippopotamuses are some of the largest mammals on land and are known for their aggressive behavior and strong bodies.

They are herbivores that don’t have many predators in the wild outside of humans. Hippopotamuses are important animals in our ecosystem and we need to do what we can to protect them.