In the 1600s in England, Sir Isaac Newton was busy trying to explain the things that happen on Earth and in nature. He was always asking, “Why?”

He explained gravity, motion, the motion of the planets, light, and color.

He discovered so many things and could show how they worked through experiments and mathematics. So much so, that he is often referred to as the ‘father of modern science’.

Over the years, Newton’s ideas have been tested over and over. Scientists now agree on Newton’s ideas about motion and they have called them Newton’s Three Laws of Motion.

This is why astronauts can let go of a tool in space and it will stay in one spot until they grab it. If the astronaut throws an object, it will travel in a straight line and never stop.

So, the object will stay in one place or keep on moving in the same direction and with the same speed forever, because there is no gravity or air in space to act on the tool, unlike on earth, where without sustained force, the friction of atmosphere will slow and eventually stop an object in motion.

Example 1: A marathon runner is unable to stop running immediately after he has crossed the finish line. He has to take few more strides and run a few metres past the finish line, otherwise he will fall over. This is due to the inertia of motion, or Newton’s first rule of motion, which prevents the body from abruptly stopping and forces it to maintain its state of motion. 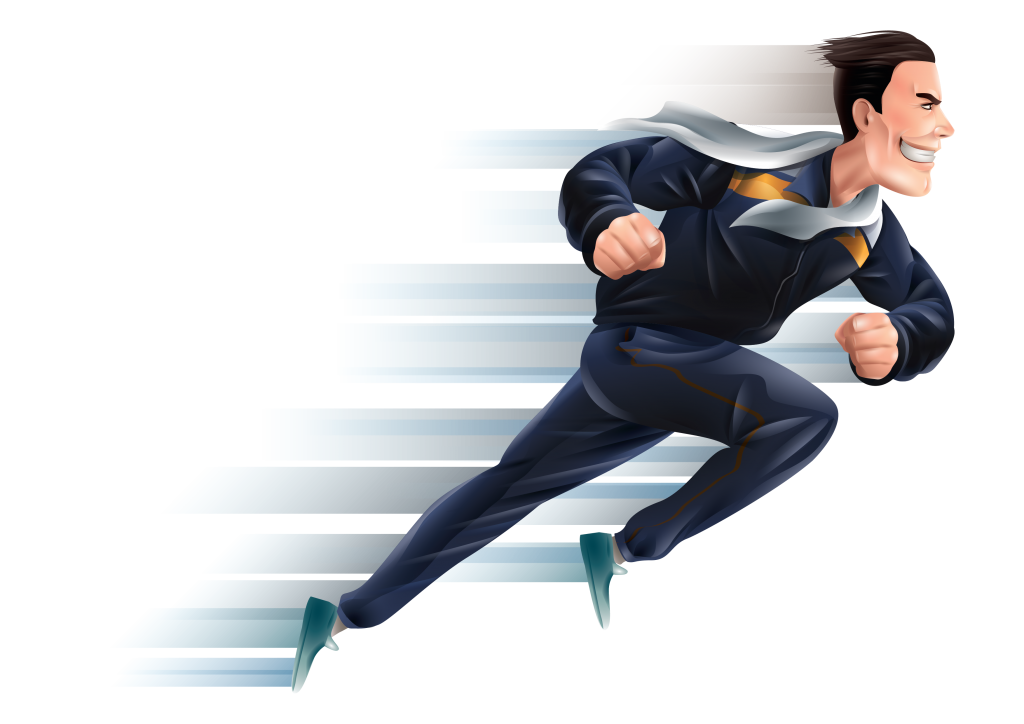 Example 2: When a car moves abruptly, the passengers feel a jerk that pulls them backwards. This is due to the fact that the car begins to move while the body remains at rest, resulting in a sudden movement, which is an abrupt and brief shift in state.

Two objects with different weights (mass) will need different forces to move them and the acceleration levels will be different.

The formula used for Newton’s Second Law is F = ma. This is Force = mass times acceleration. You can find the acceleration by changing the formula to a = F ÷ m.

In algebra, there is a rule and it is “whatever is done to one side of the equation, you must do the same thing to the other side”.

Try to find the formula to determine mass. You are right if you came up with m = F ÷ a 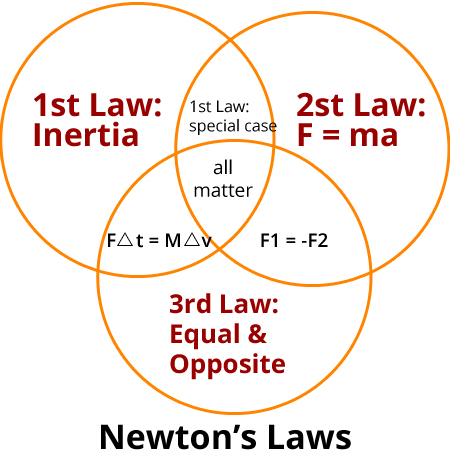 Example 1: A ball when struck develops a certain degree of acceleration. The force given to the ball has a direct relationship with the ball’s acceleration. This means that the harder you strike the ball, the faster it moves, showing Newton’s second law of motion in everyday life.

For every action there is an equal and opposite reaction. Forces are always found in pairs. If the forces are equal in opposite directions, the object will not move. The forces cancel each other out so that the acceleration is zero.

For example, if you are pulling on a rope tied to load of bricks and the bricks start to move, the force you are using is a more than the bricks are using to stay in one place. 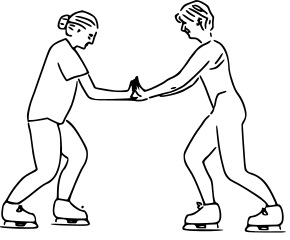 Example 2: Rockets being sent into space use Newton’s Three Laws of Motion.

When the engines fire, it boosts the rocket upward against the Earth’s gravity, and at the same time the explosion of fuel generates a force within the bottom of the rocket.

The force forward is greater than the force backward and the rocket accelerates upwards.

Example 5: Birds and planes fly by exerting force on the air in the opposite direction of the force they want to move in. A bird’s wings, for example, pull air downward and backward to gain lift and propel it ahead.

Looking to take a break with a fun activity?!

How to Make Slime in Your Kitchen