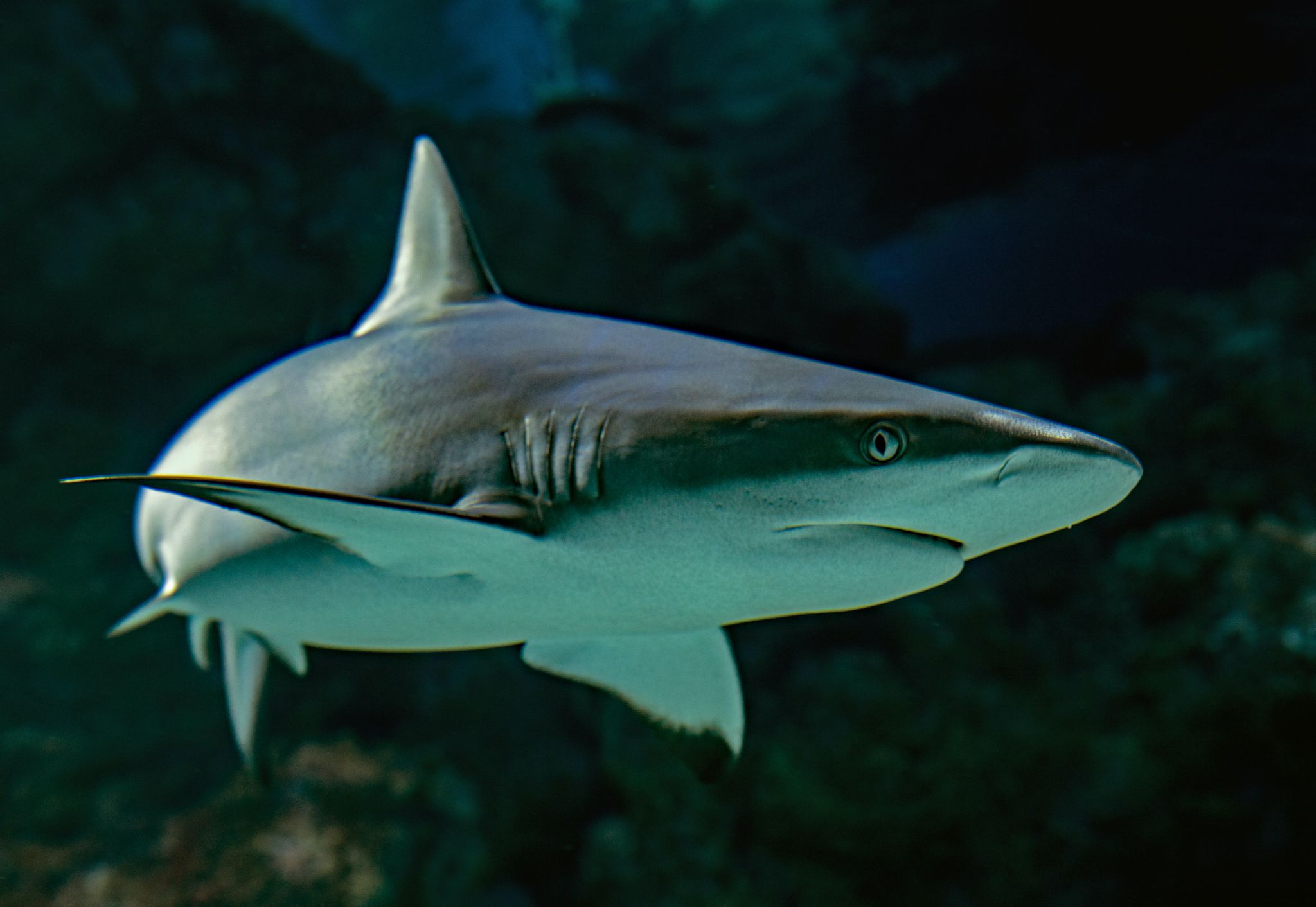 Did the Megalodon Shark actually exist?

Megalodon Sharks were a massive species of sharks that lived millions of years ago. They were the largest sharks ever alive! The Megalodon Sharks were powerful and frightening. They were also one of the biggest fish that roamed the oceans. Don’t worry though; they are now extinct, so you don’t have to think about it biting you!

When did the Megalodon live?

Megalodon Sharks lived from around 15.9 to 2.6 million years ago (mya), in almost all the oceans of the world. They lived during the Miocene and Pliocene epochs of the Neogene Period.

How Big is a Megalodon?

The size of the Megalodon Shark changes depending on which part of the world they lived in. The average size of these fish could have been around 30 to 35 feet, 8 to 12 meters for sure.

The weight of the Megalodon Sharks depended upon their size. Their average weight was between 50 to 75 tons!

As far as size goes, they are amongst the biggest species of the ocean. Let’s see how Megalodon Sharks compare to Blue Whales, Whale Sharks, and Great White Sharks.

Megalodon Sharks can grow up to 40 meters long. This is bigger than the sizes of Whale Sharks and Great White Sharks combined! The only one that is bigger than the Megalodon shark on this chart is the Blue Whale. It is the largest mammal alive and almost twice the size of a Megalodon.

How many teeth does a megalodon have?

A grown Megalodon shark has 276 teeth along its jaw. Since sharks do not have any bones, all our information of the Megalodon’s size comes from the teeth fossils. Megalodons had sharp teeth, and the size of each tooth was around 19 centimeters or 8 inches. 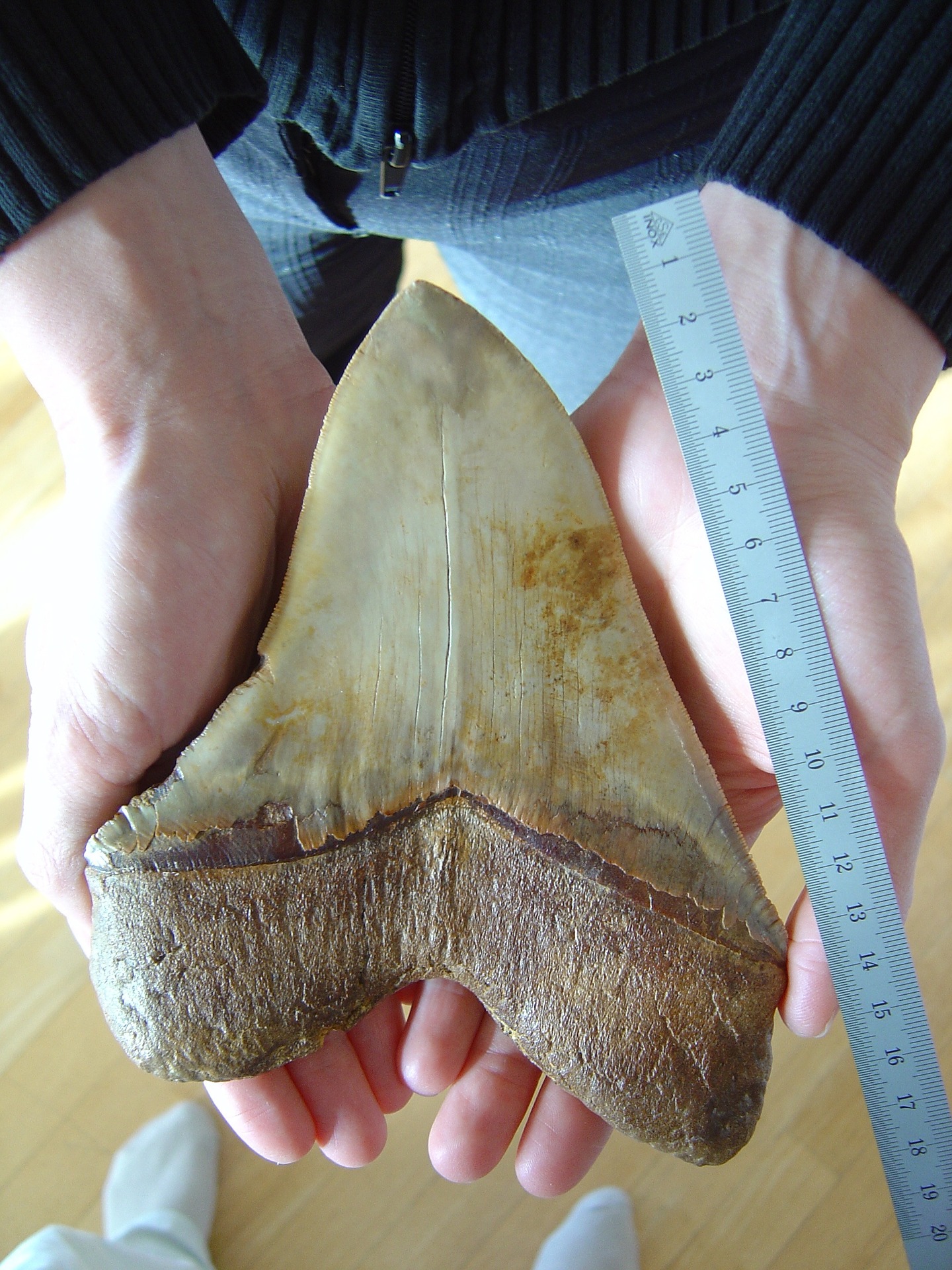 How did the Megalodon get its name?

The reason why Megalodons have that name is that ‘megalodon’, in Greek,  means ‘giant tooth’! Since Megalodon sharks had large teeth, the name is very suitable.

What did the Megalodon eat?

Megalodon Sharks were carnivores. They used to eat other oceanic creatures such as whales, dolphins, seals. They even ate other smaller sharks. They hunted big or medium-sized whales in their bony areas such as chest, fins, or tails with their sharp bite. Megalodons could have also preyed on large whales like sperm whales, bowhead whales.

Megalodons were huge in size and fast in speed. To maintain themselves, they had to eat as much as 1500 to 3000 pounds of food every day!

Where did the Megalodon live?

Megalodon sharks were all across the world. We know that because we can find the teeth of the Megalodon in fossils. These fossils are in Australia, North America, South America, Africa, and Europe. Some fossils are even in countries such as India, Japan. Many fossils have also been at places that are now at a height, and far away from water. This shows that when the Megalodons were alive, these places were underwater. That is how the teeth fossilized in these areas.

Megalodon shark’s scientific name is Carcharocles megalodon (which means ‘big-toothed glorious shark’). Megalodons can be members of the family Lamnidae. They are close relatives of the Great White Shark (Carcharodon carcharias). But, even today there are many debates that it belongs to the extinct family Otodontidae.

Depending on how we classify it, the megalodon’s scientific name can be Otodus megalodon or even Carcharocles megalodon.

Was the Megalodon a dinosaur?

Megalodons were not dinosaurs. They were members of an extinct species of the Megatooth shark (Otodontidae). In fact, even though Megalodons and dinosaurs are both extinct, they never coexisted. Dinosaurs had already been dead for millions of years before Megalodons were alive!

Megalodons are cannibals. A new study says that Megalodons ate their siblings inside their mother’s womb. This is like the present-day lamniform sharks. They too feed on the unhatched eggs inside their mother’s womb. Scientists call this ‘oophagy’. They believe it was important for the Megalodon babies to do so to be born stronger and bigger. This is so that they can compete with fellow predatory fish in the ocean.

How did the Megalodons go extinct?

Steve Alten’s novel Meg: A Novel of Deep Terror (2011) shows Megalodons preying on dinosaurs. The sequels to the book also feature the Megalodon such as The Trench, Meg: Primal Waters, Meg: Hell’s Aquarium, Meg: Nightstalkers, Meg: Generations, and Meg: Origins. There was also a film adaptation called The Meg (2018).

Amazing Facts about the Megalodon