Let’s explore some facts and examples of radiactivity and radiation.

First of all, every element is made up of atoms.

Atoms have the same number of protons and electrons but can have differing numbers of neutrons – even within the same element.

These atoms that have different numbers of neutrons are called isotopes of that element.

Isotopes are usually stable and safe. These types of isotopes occur in the elements that we see on a regular basis in the natural world.

However, some isotopes within elements can become or are unstable. These isotopes are then said to be radioactive. 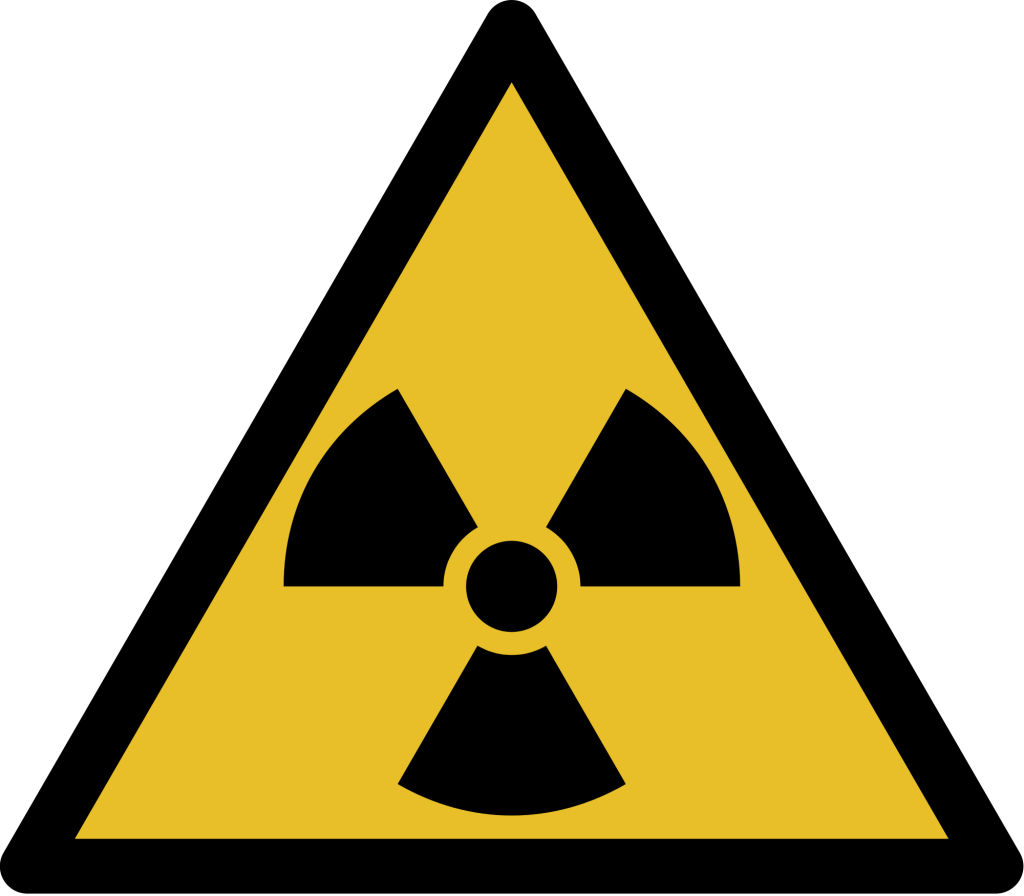 What does it mean if something is radioactive?

If an element or isotopes of that element are said to be radioactive, it means that they give off some form of radiation.

Unlike a stable atom or isotope, radioactive isotopes change over time.

This occurs when small particles or energy fly out of them over time, which is of course, what we call radiation. 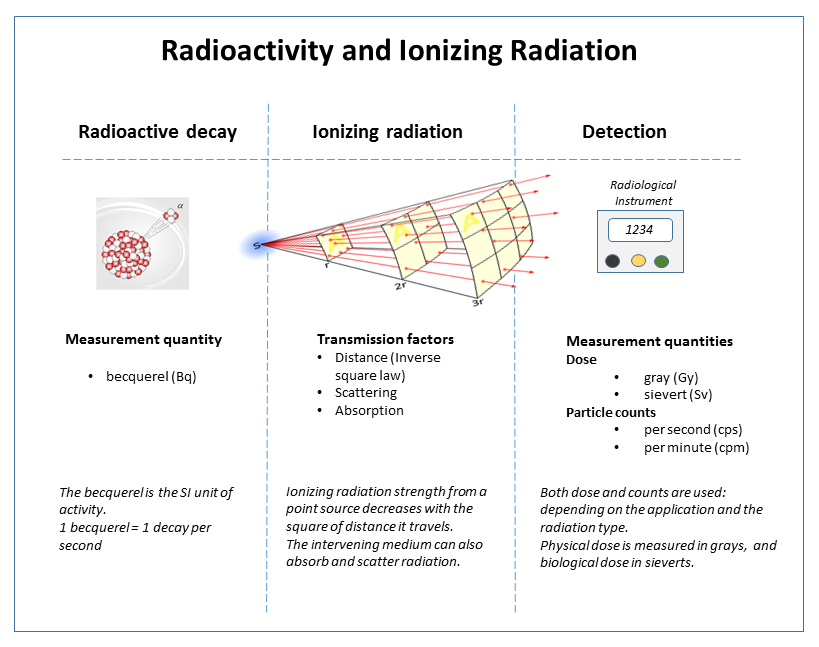 This occurs because of a process known as radioactive decay.

This is when isotopes are so unstable that they emit energy as radiation. There are several different kinds of radioactive decay, which largely depends on the type of isotope.

There are three different kinds of radioactive decay or radioactivity.

These different kinds of decay are known as alpha decay, beta decay, and gamma decay.

Alpha decay occurs in isotopes that have too many protons in their nuclei. Radiation is then emitted in the form of positively charged particles called alpha particles.

This happens because the isotopes want to balance out the number of protons that are present. 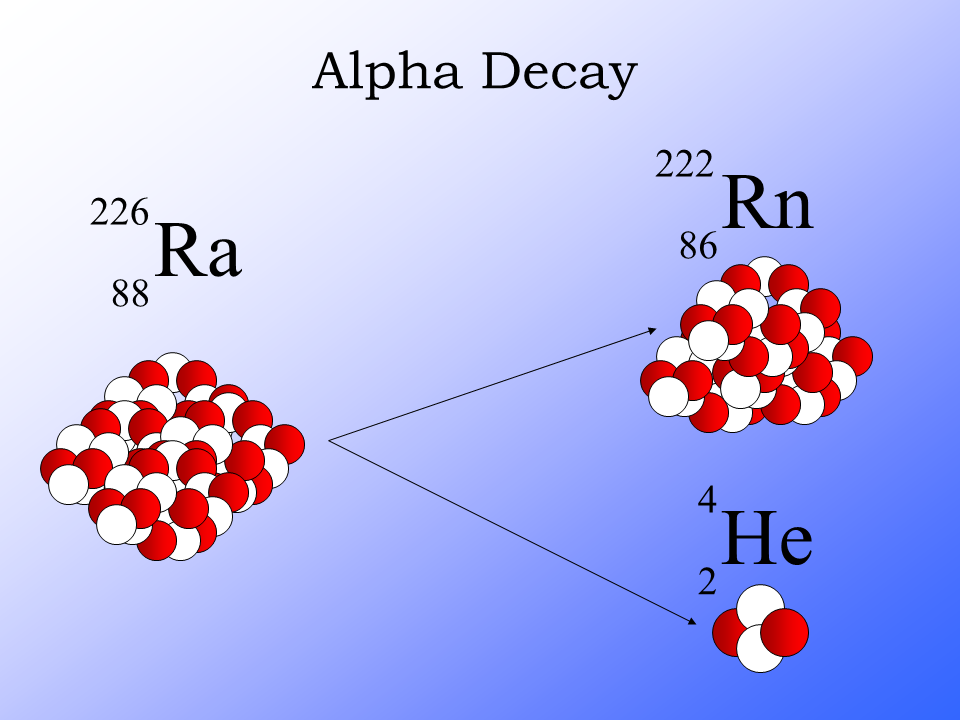 This type of decay is caused when there are too many neutrons within the nuclei of the different isotopes.

The isotopes attempt to balance this out by releasing neutrons in the form of negatively charged particles called beta particles.

Gamma decay occurs when there is too much energy in the nuclei of the isotopes.

This is then released as gamma particles, which have no charge at all.

How is radiation measured?

The amount of radiation that comes from any given element is measured in a unit called a curie.

It is also written as Ci. ‘Curie’ is named after the famous scientists, Marie and Pierre Curie, who discovered radium.

The more curies that are measured, the more radioactive an element is said to be. 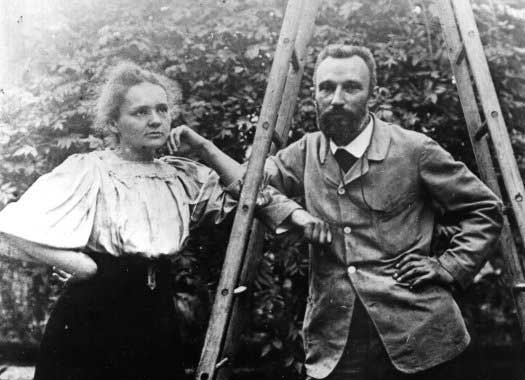 The half-life of an isotope is the time that it takes for half of the atoms in a sample to decay.

This is of course just a probability. It is the expected time it will take for a sample of atoms to decay. It is not a guaranteed amount of time.

Why is radiation dangerous?

Radiation is dangerous because the energy it produces can alter the structure of cells within our bodies.

This could cause them to mutate, and eventually turn into cancerous cells.

The more radiation someone is exposed to, the greater the risk they have for these complications to occur. 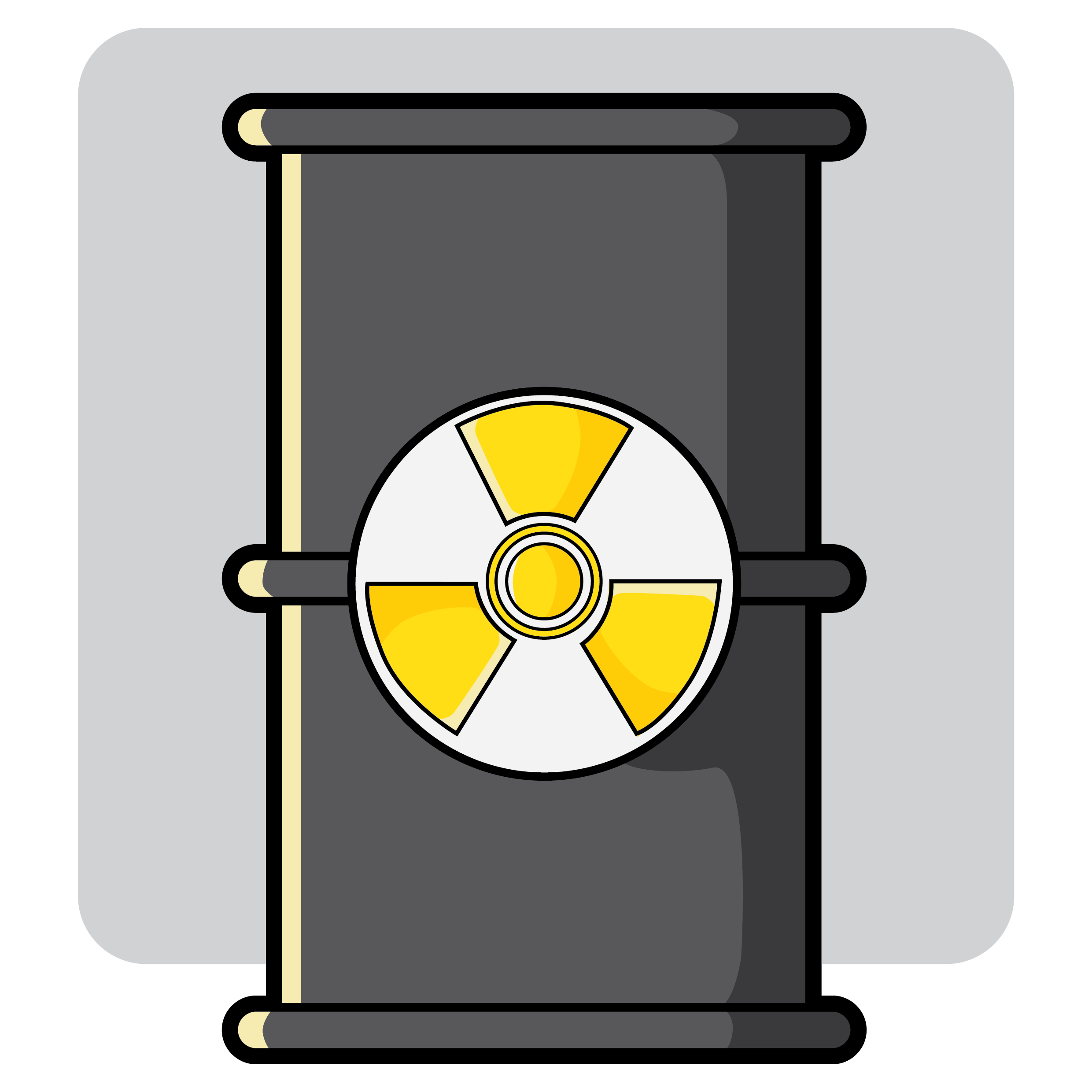 Are there any good kinds of radiation?

Yes! As long as the type of radiation and the exposure time is carefully limited, radiation can be quite useful.

For instance, x-rays, which allow us to view the interior of our bodies, is a form of radiation.