Sometimes, in history, we have enough evidence to say that things were unfair or that people were treated badly by other people.

The Wounded Knee Massacre was one of these terrible human tragedies. On December 29th 1890, approximately 150-300 Lakota (Sioux) Native Americans were slaughtered by the United States Army.

It happened in the Wounded Knee Creek in South Dakota, USA. 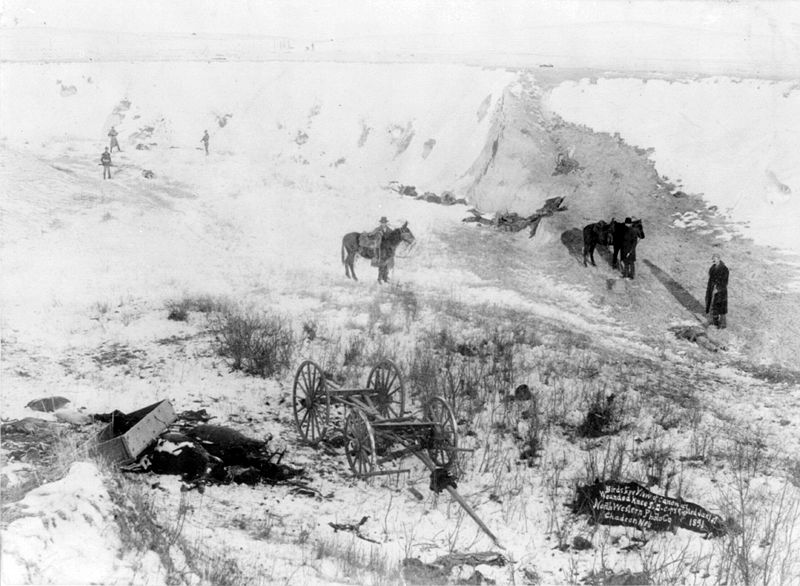 It was part of a big push by the United States to destroy Native Americans and their culture. 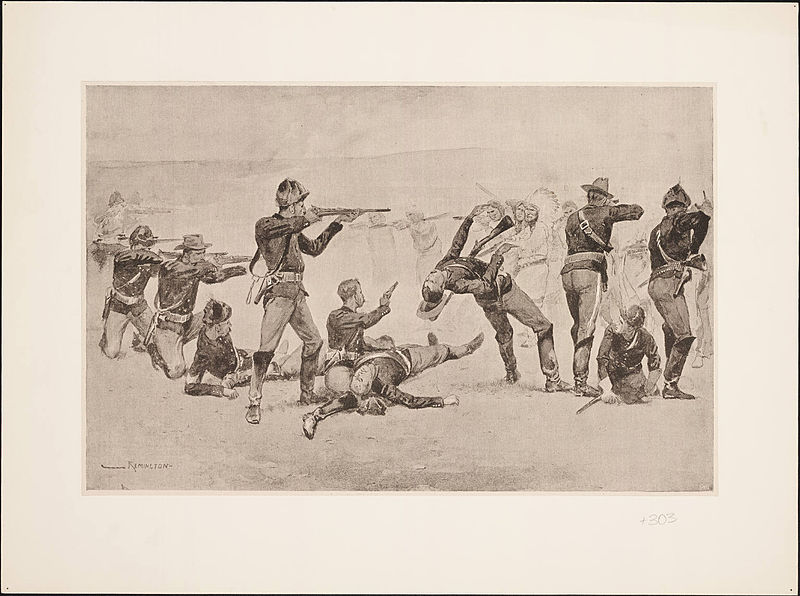 How did this happen?

Settlers that had moved over to the Americas from Europe were on the hunt for plots of land. Of course, Native Americans already lived on much of the land that the European settlers wanted for themselves. 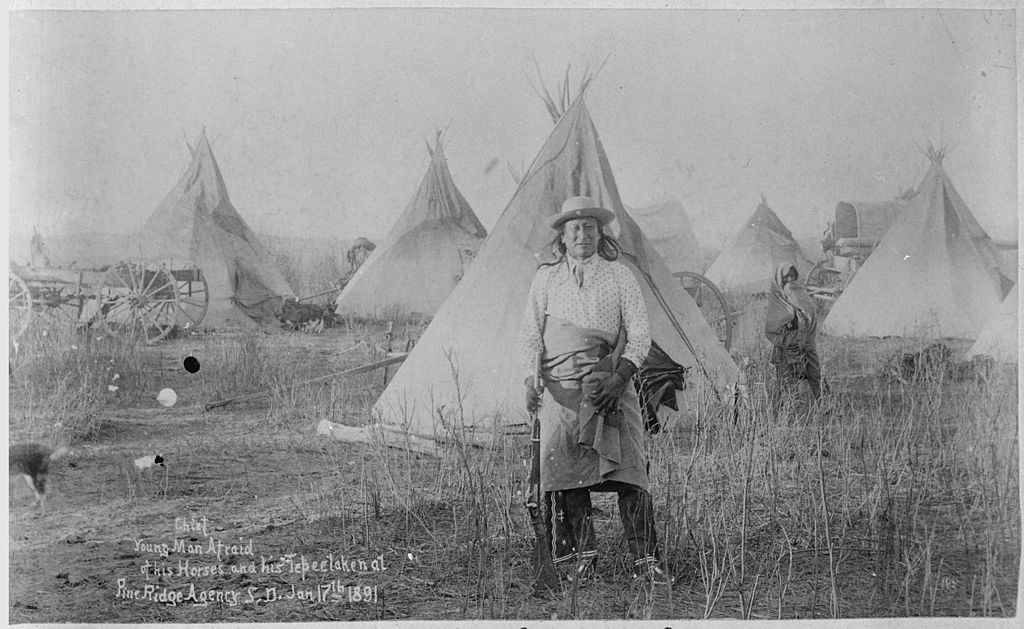 No one likes to have a promise broken, do they? This is what repeatedly happened to the Native Americans. The U.S. federal government signed contracts with the leaders of Native American societies and then broke them.

The Sioux were one of the largest groups and there is another group within them, the Lakota.

They signed The Treaty of Fort Laramie in 1868 which allowed the 60 million-acre Great Sioux Reservation.

The Lakota Sioux living in this area were promised that if they did not attack the settlers, they would have great benefits, like schools and food rations. 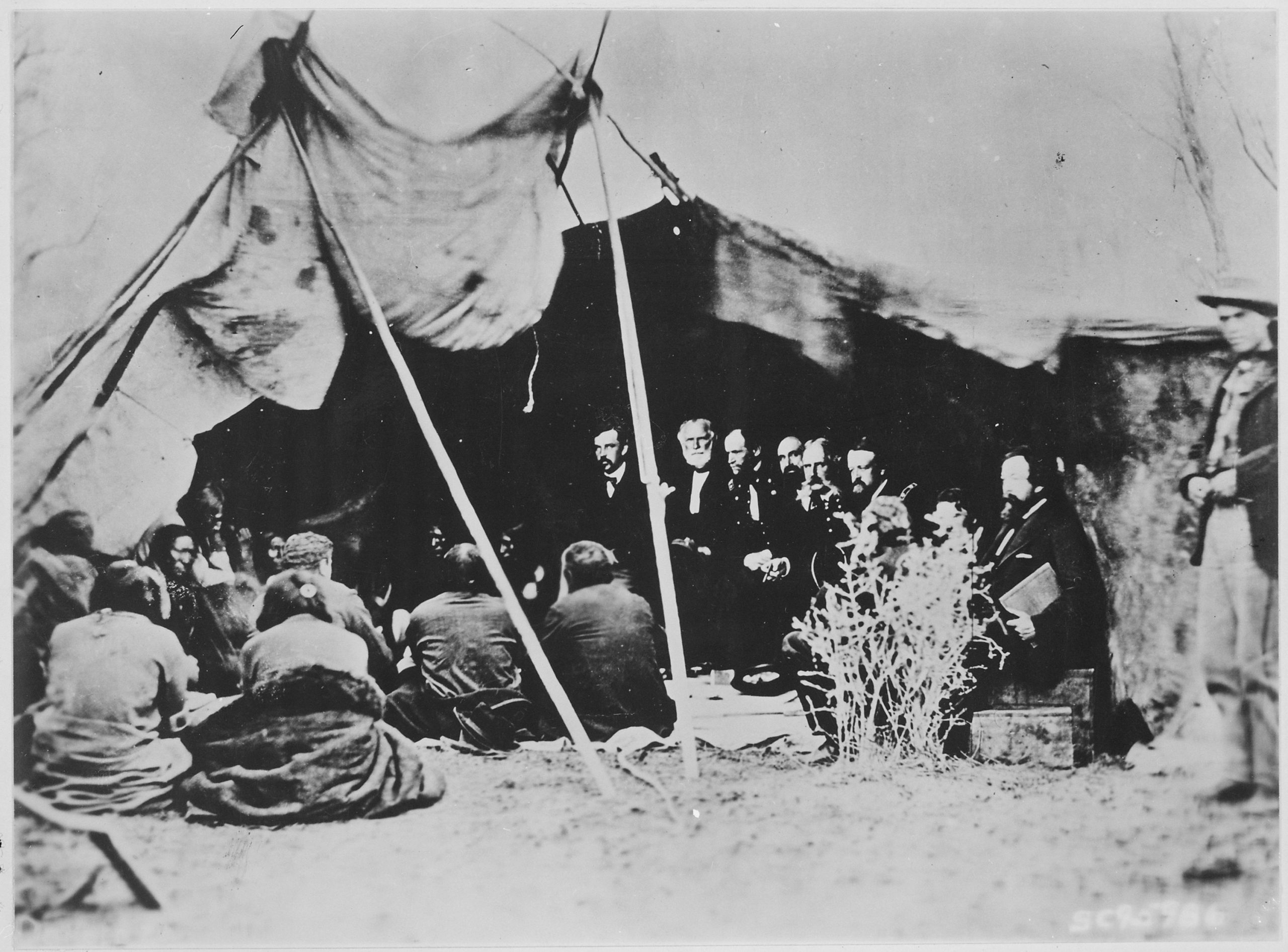 This all changed when the government found out there was gold and other natural resources on the land they had marked out in the Treaty as belonging to the Sioux.

The government then decided they would take away 80% of the Sioux’s land, leaving them with 12.7 million acres.

The Sioux were forced to give up their nomadic (touring) lifestyle and start growing crops instead of hunting game animals.

The problem was, these crops were not suitable for the dry environment of the northern Great Plains.

The Sioux were also forced to give up their beliefs and become Christians. They had to change what they wore and also learn English when they already had their own perfectly excellent languages.

The settlers did not learn their language in return, either.

Without their normal way of getting food, which was hunting game, the Sioux had to rely on rations given out by the government. These were like tokens for getting food.

Then, in 1899, the government cut these rations. This, alongside a very harsh winter, followed by a long drought (a dry season with no rain), left the Sioux very hungry and with little food.

The Sioux had a way of solving their problems. It was called the Ghost Dance. 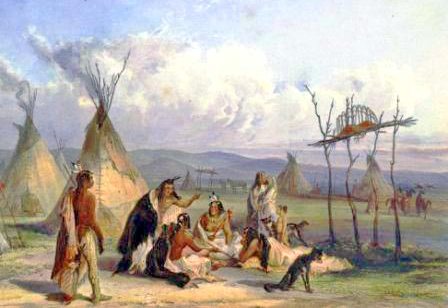 The Ghost Dance was a very popular religious movement that spread far and wide across the plains.

It started in 1870 but was brought back to life by a Paiute prophet named Wovoka, whose father, Tavibo, had taught him the Ghost Dance religion. 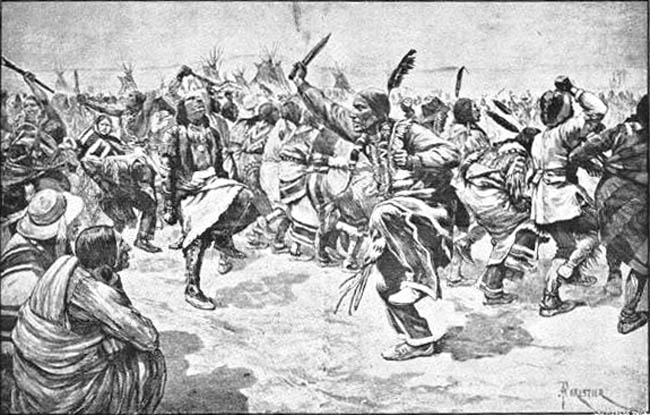 Wovoka had a dream that told him that the Native Americans should solve their problems by staying peaceful and performing a ritual dance in a circle, all together.

The idea of this was to bring God back to Earth before the Europeans had arrived and things had started to go wrong for the Native Americans.

The Lakota Sioux, who had suffered lots of violence already, as well as hunger, also created Ghost shirts. These special shirts were covered in symbols and the shirt was designed to protect them from bullets. 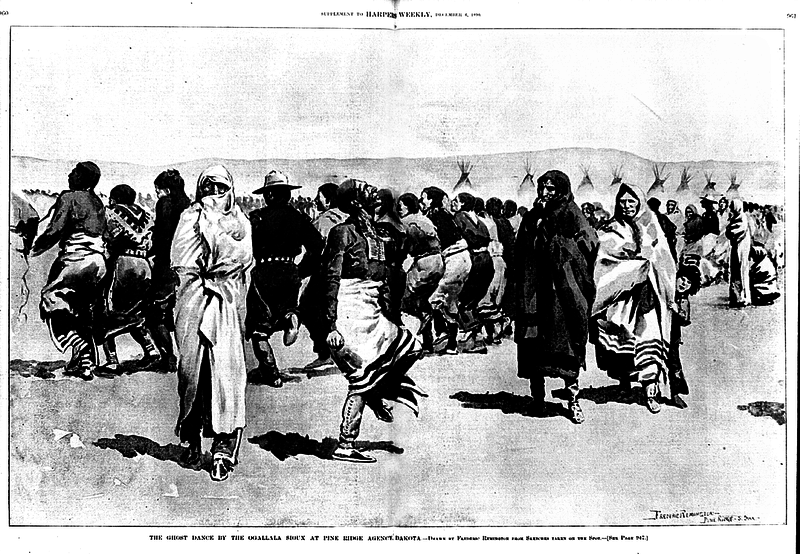 The American government did not take time to understand this dance. They were frightened of the religion and its power.

A man called Royer had just started a job on the Sioux Reservations in 1890 where he saw that lots of the Lakota had started this dance.

He decided that the Lakota were not behaving as the U.S. government wanted them too. He thought these dancers were troublemakers. 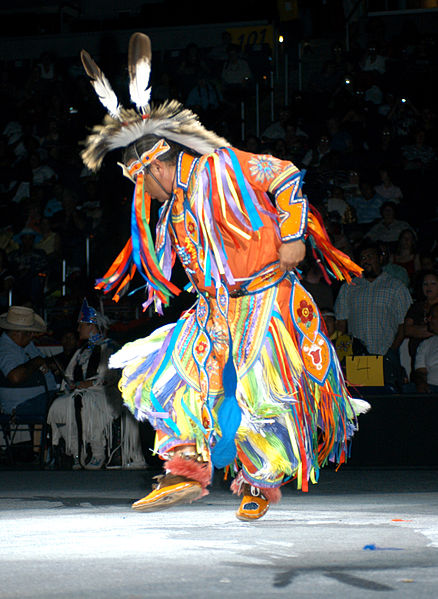 One of the most influential leaders of the Hunkpapa Lakota was Sitting Bull.

He was greatly respected among his people because he led them to victory against the U.S. government in the Battle of Little Bighorn in 1876.

Sitting Bull’s people surrounded him to protect him against the U.S. troops sent in but they were all killed. 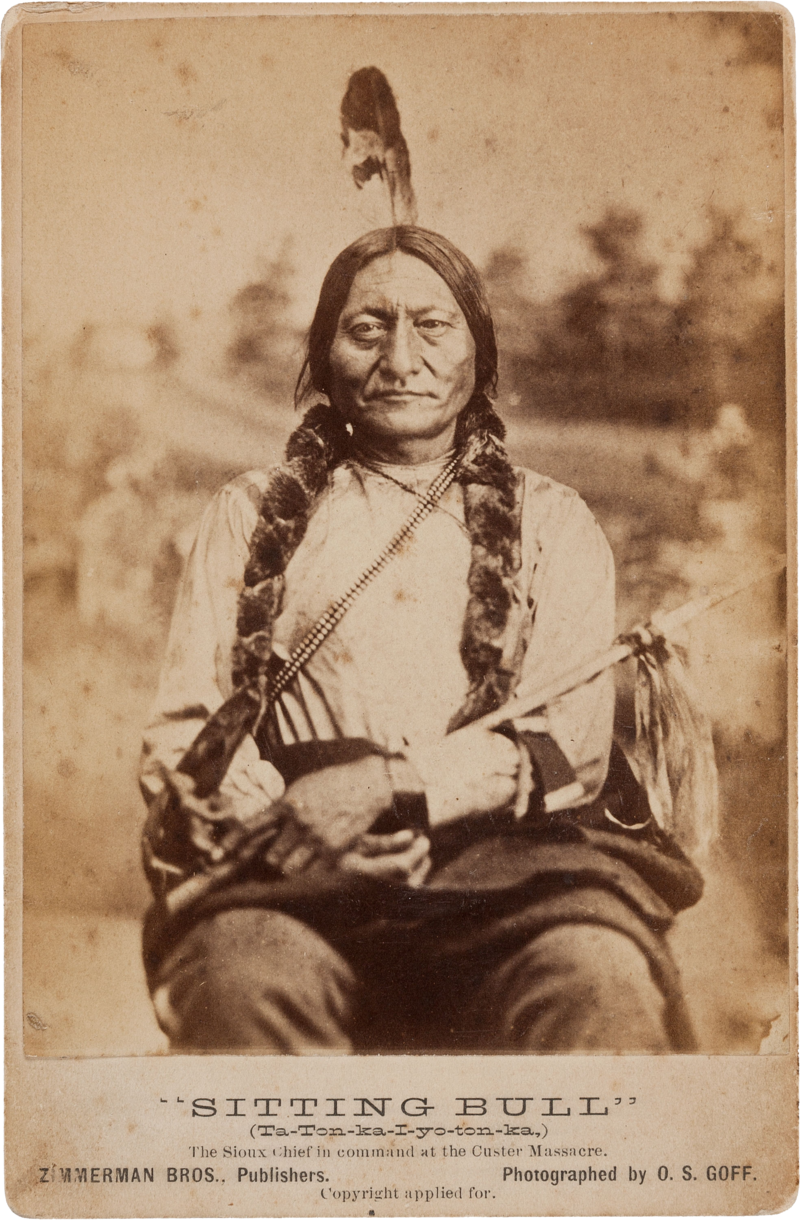 When word spread, the Lakota started to panic. 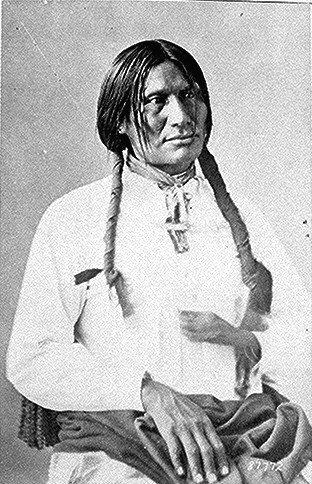 The U.S. government tried to round up Native American weapons but they found hidden weapons among the Sioux.

The Lakota Sioux started to dance and wear their ghost shirts. This is when the U.S. Army opened fire. Many of the Native American side had given up their weapons, so they were defenceless.

In a great tragedy, the dance that was supposed to protect them and bring peace, was what caused the violent attack.

Worse still, the people killed were not treated fairly even after death. They were buried with no clothes on in a mass grave which is now called Cemetery Hill.

Eyewitness reports and evidence from the time stated that this was not a battle fought between two equally armed people in a fair way. 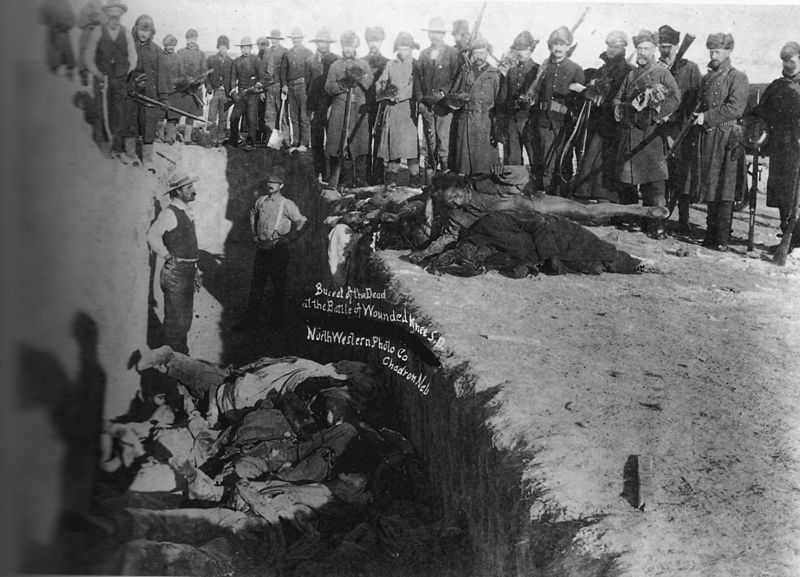 There was no fight back because the Native Americans had all their weapons stripped away from them.

In a sad twist, even though Forsyth was stripped of his title first of all, he was given his job back pretty quickly.

Twenty of the U.S. cavalrymen were also given the Congressional Medal of Honor, which is the highest honour you can get in the U.S. Army. 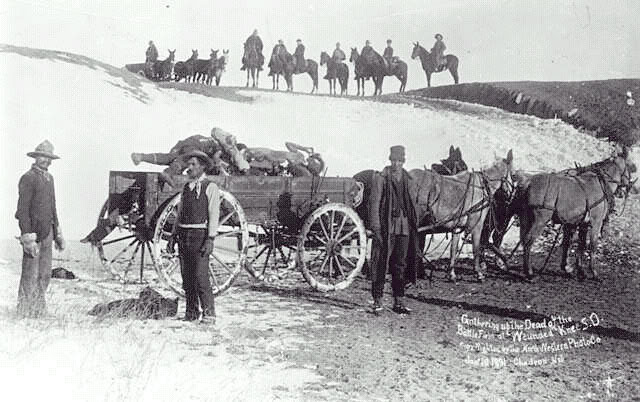 This was the last major conflict between Native Americans and the U.S. Army. However, it was not easily forgotten.

In 1973, 200 activists from the American Indian Movement occupied the site of the massacre to draw attention to the fact that Native Americans had all their rights removed by the U.S. government.

Native American activists have worked really hard to show the world that they had their civil rights taken away by the U.S. government.

They fought alongside African Americans in the struggle for civil rights and to get treated more fairly in a country they and their ancestors had always lived in.

Some European museums, like the Museum of Glasgow, had Ghost Shirts in their collection. 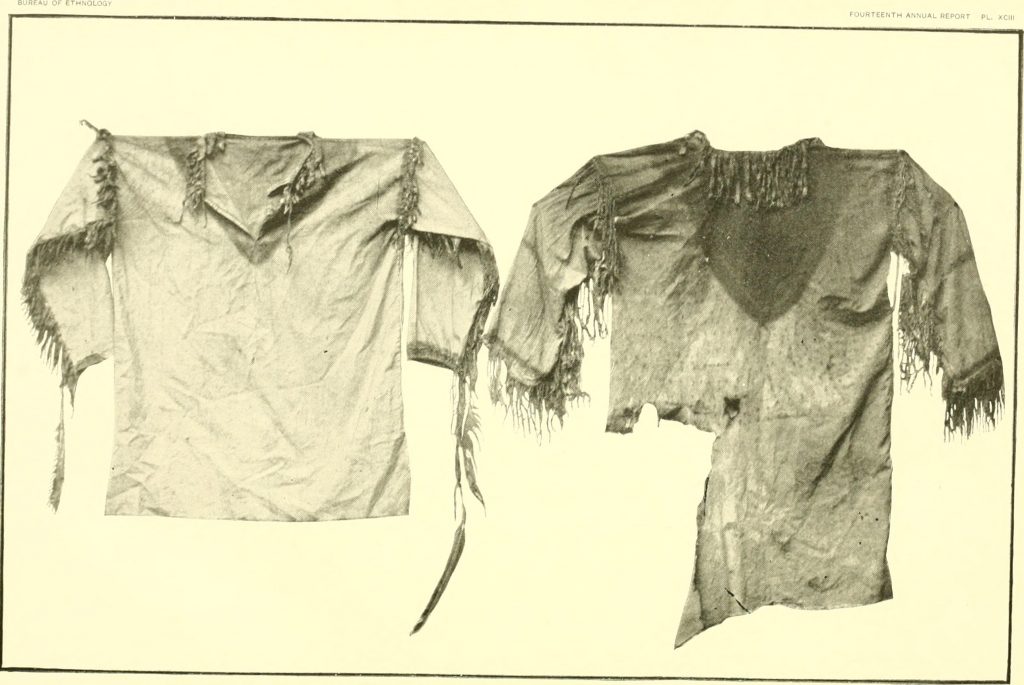 In an effort to recognise the importance of the Lakota Sioux culture, the Glasgow Museum sent one of these back to the Lakota Sioux to keep as a memory of how their ancestors fought peacefully with bravery.

In 2019, a Native American Congress woman called Deborah Haaland led a movement where those medals of honour were removed. This was called the Remove the Stain Act. 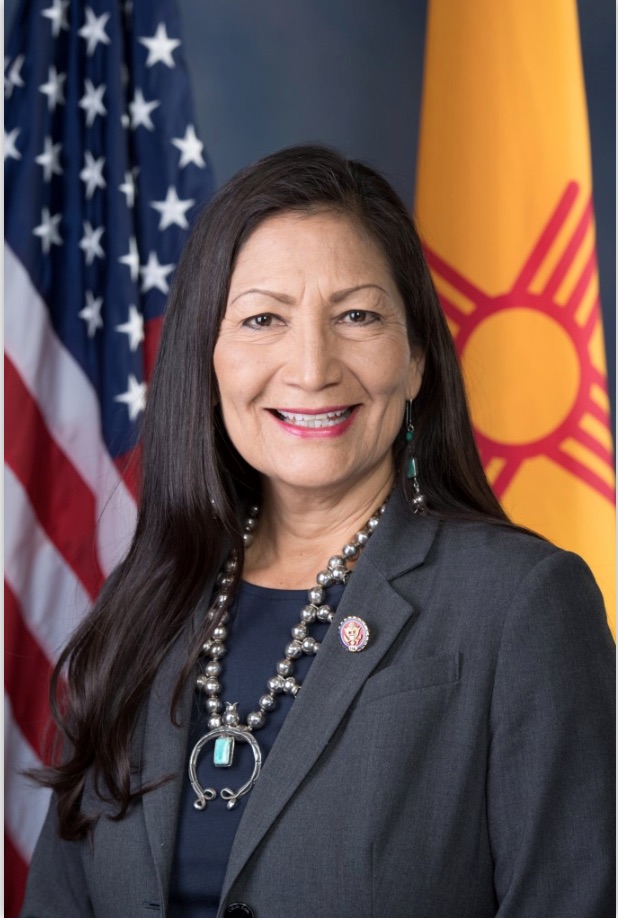 Where was Wounded Knee Creek?

What did the government do in 1899 that made the Lakota Sioux go hungry?

What was the Ghost Dance?

What special item of clothing was thought to repel bullets?

When did the Massacre happen? 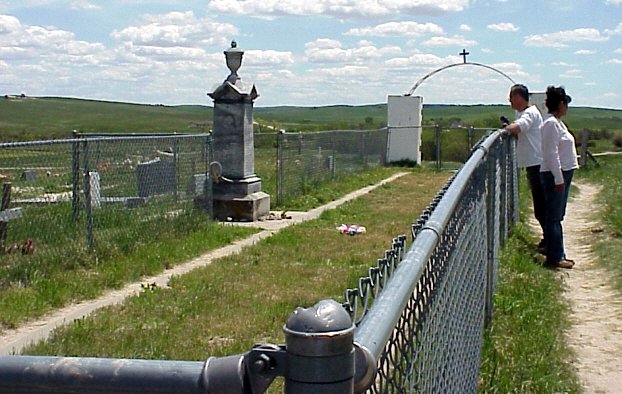