Ancient Rome was one mighty powerful empire and the Romans ruled over most of Europe for nearly 1,000 years!

Here we take a look at this mighty city and give you some history and interesting, fun facts to understand what it’s all about. 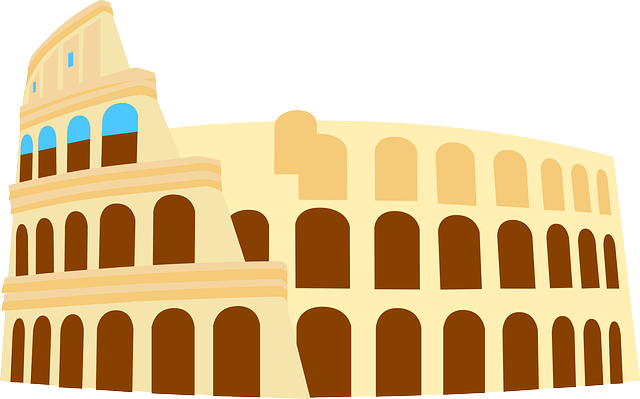 Rome first grew into power as a Republic. A Republic basically means that the leaders were elected into power and would serve for a certain period of time.

This is very unlike kings, who were born into leadership and then ruled for life.

The Republic ruled Rome for hundreds of years from around 509 BC to 45 BC.

In 45 BC Julius Caesar took over the Roman Republic and made himself the high and mighty supreme dictator. That was the end of the republic.

A few years later, in 27 BC, Caesar Augustus became the first Roman Emperor and this was when the Roman Empire began.

The lower levels of government pretty much stayed the same, except now the emperor had all the power. 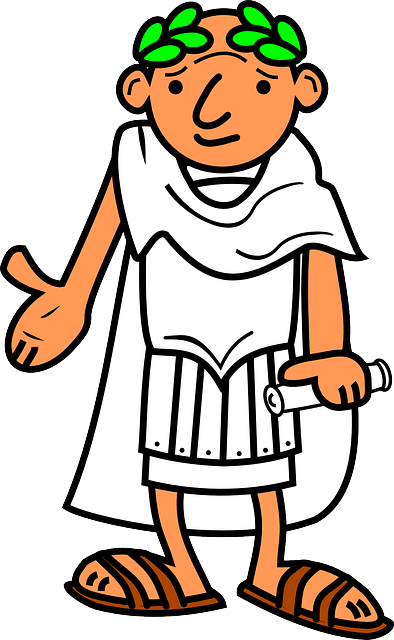 The Roman Empire grew and grew and grew, and as it did the city of Rome became very difficult to manage. So what did they do? Well, they literally split Rome into two empires.

When we talk about the fall of Rome, it generally means the fall of the Western Roman Empire, which happened in 476 AD.

The Eastern Roman Empire, or the Byzantine Empire, still carried on ruling parts of Eastern Europe for another 1000 years.

The Major Events in the History of Ancient Rome

Here we take a look at some of the really important historical events that make up the history of Ancient Rome. We hope you find this interesting!

753 BC – The amazing city of Rome was founded. There is a legend that Romulus and Remus – the twin sons of Mars (the god of war) – founded the city.

Romulus killed Remus and became ruler of Rome and named the city after himself. Can you imagine killing your own brother? How cruel!

Rome was ruled by kings for the next 240 years. 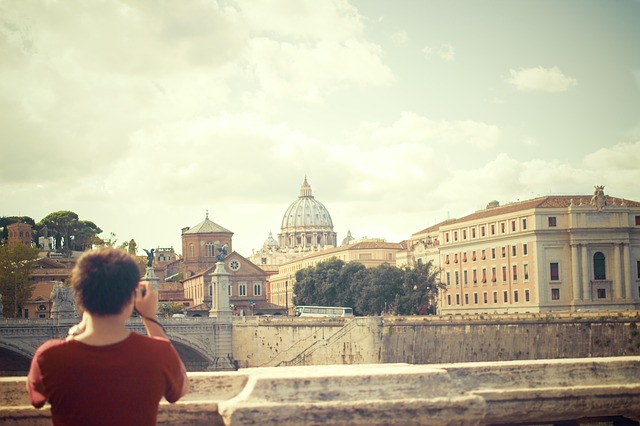 509 BC – Rome became a republic as the last king was overthrown.

364 BC – In the Battle of Cynoscephalae the Roman Legion was under Titus Flamininus who defeated the Macedonian Army.

It was an important battle because the successors of the Greek leader Alexander the Great had now been defeated. Rome had become the dominant world power.

264 – 241 BC – This was the time of the first Punic War which was fought over the island of Sicily. This meant a lot of the fighting was at sea where Carthage had a much stronger navy than Rome.

However, Rome quickly built up a large navy of over 100 ships and went on to win the war.

218 BC – Hannibal invaded Italy and led his army in the famous crossing of the Alps to attack Rome. This was part of the Second Punic war.

149 – 146 BC – This was the time of the Third Punic War where Rome attacked the city of Carthage. After three years the Roman army broke through the walls and burned the city to the ground.

73 BC – Spartacus the gladiator led the slaves in an uprising. 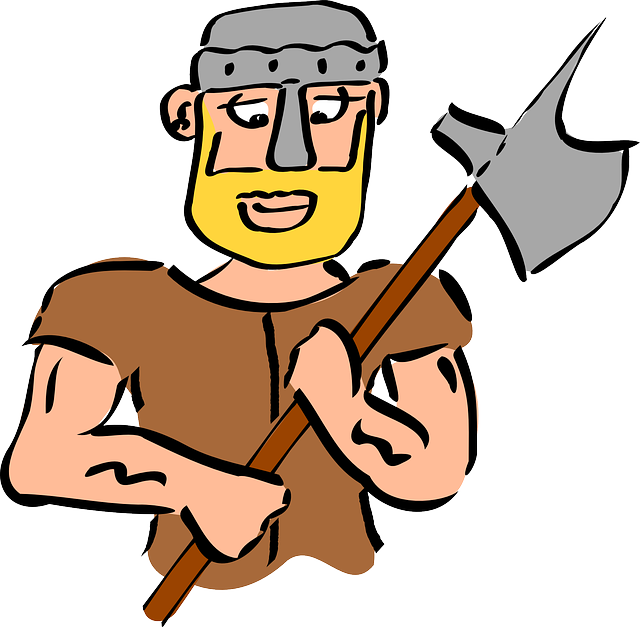 55 BC – Julius Caesar invaded Britain but wasn’t very successful. A year later, he went back with a large force of Roman legions. He succeeded and invaded most of Britain and even crossed the River Thames.

Caesar left peacefully when the tribes of Britain paid tribute to Rome.

45 BC – Julius Caesar became the first dictator of Rome. He made his famous Crossing of the Rubicon, defeated Pompey in a civil war, and became the supreme ruler of Rome.

44 BC – Julius Caesar was assassinated by a man called Marcus Brutus and others. He wanted Rome to be a Republic again, but war broke out instead.

31 BC – In the Battle of Actium Octavian’s forces, defeated the combined forces of Roman general Marc Antony and Egyptian Pharaoh Cleopatra VII.

Octavian then went on to become the sole power in Rome and was soon Rome’s first Emperor. 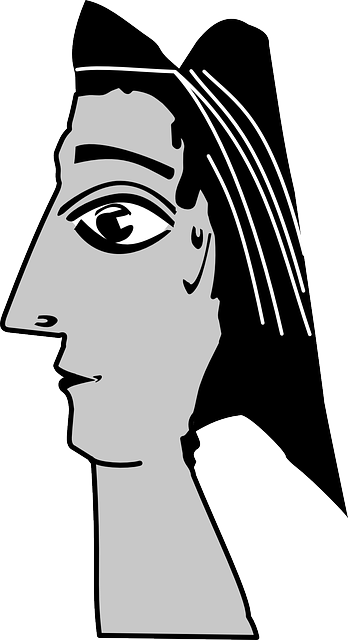 27 BC – The famous Caesar Augustus became the first Roman Emperor and so the Roman Empire was born.

43 AD – The Romans conquered Britain under the rule of Emperor Claudius. He’d decided he wanted to be famous. It took around 30 years for Rome to gain control of the southern part of the island.

50 AD – The Romans also established the city of Londinium, which later became London. They built roads throughout England and the city became an important trade center.

64 AD – Most or Rome burnt down. How sad. Legend has it that Emperor Nero watched the city burn while playing a lyre (which was a type of harp). He obviously wasn’t too bothered about it!

80 AD – The Colosseum was built and is still famous today. It could fit 50,000 people seated inside. Wow. 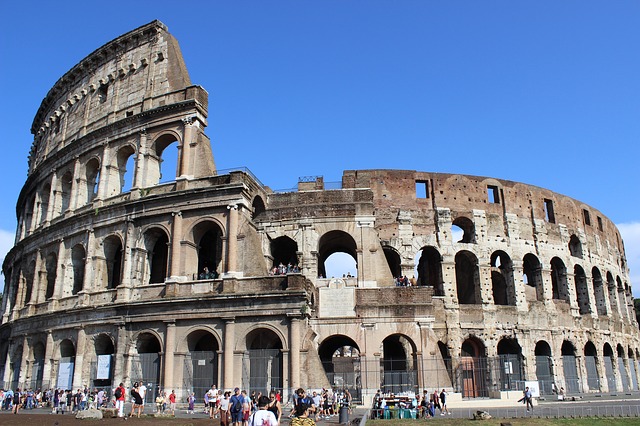 121 AD – Hadrian’s Wall in northern England was built to keep out the barbarians by Roman Emperor Hadrian. The wall was 73 miles (117 kilometers) long. Wow.

It is estimated that more than 10,000 troops manned the wall at some point.

306 AD – Constantine becomes Emperor and his mission was to convert Rome to be a Christian society. Before he came along Christians were persecuted.

395 AD – This is when Rome split into the two different empires.

410 AD – The Visigoths sacked Rome and it was the first time in 800 years that the city had been conquered by enemies. They were clearly very strong.

476 AD – This was when the Western Roman Empire fell as well as Ancient Rome. The last Roman Emperor Romulus Augustus was defeated by the German Goth Odoacer. This was the start of the Dark Ages in Europe.

1453 AD – The Byzantine Empire comes to an end as it falls to the Ottoman Empire.

Who were the leaders of the Roman Republic?

We’ve mentioned that the Roman Republic had a number of elected leaders and officials. There were lots of different levels of leadership and the Roman Government was pretty complicated.

Here we take a look at who did what!

Consuls – They were right at the top of the ruling chain and were very important and powerful people.

To make sure that no king or dictator came into power, there were always two consuls elected and they only served for one year. Clever cats they were.

And on top of that, if the consuls disagreed with each other, they could make sure something didn’t happen.

They had heaps of power; they decided when to go to war, how much tax to collect and they also decided on the laws. Powerful indeed.

Senators – The Senate was a group of respected leaders who advised the consuls. The consuls usually did what the Senate recommended and these guys ruled for life.

Plebeian Council – The Plebeian Council was also called the People’s Assembly. This was how the common people or plebeians as they were called, could elect their own leaders, magistrates, pass laws, and hold court.

Tribunes – Tribunes represented the Plebeian Council. They had the power to reject laws made by the Senate. 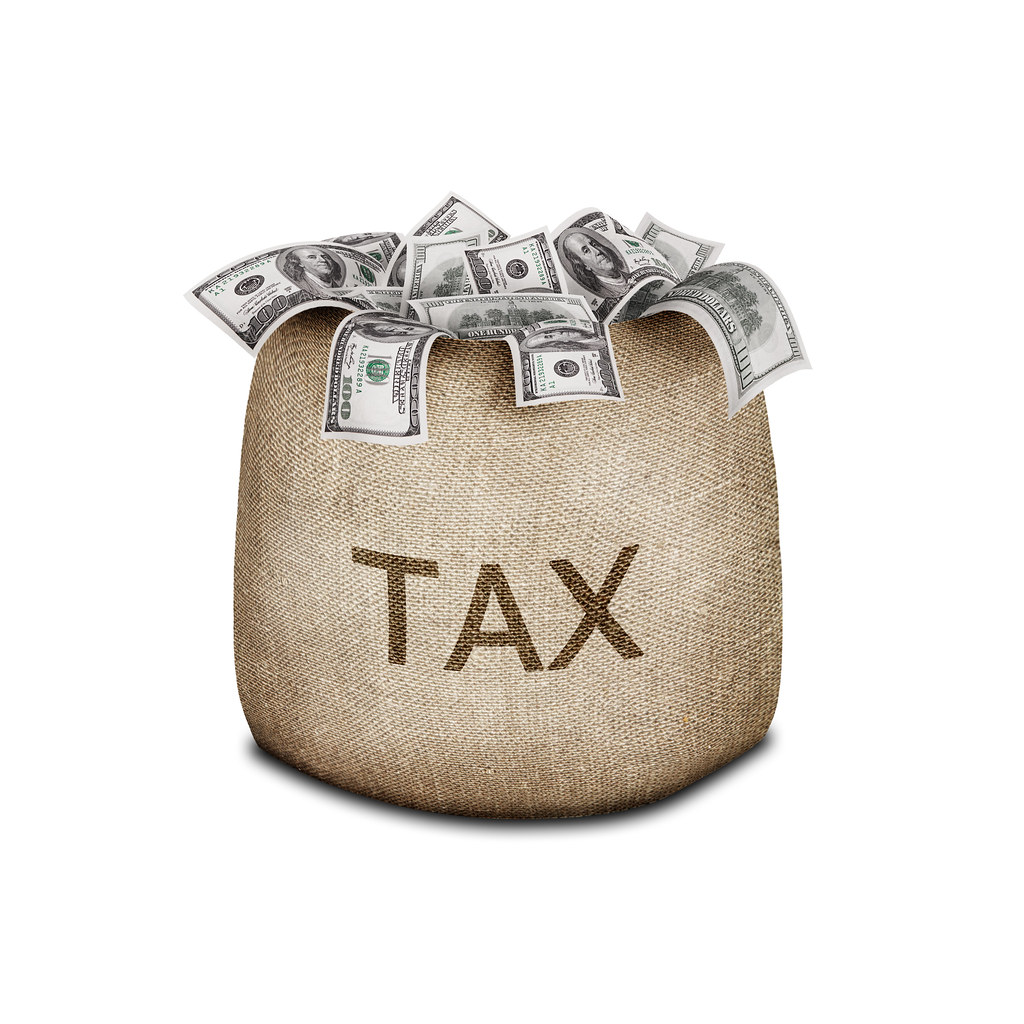 Governors – As Rome conquered new lands, they needed people to be local rulers. The Senate would then appoint a governor to rule the land or province. They were in charge of the local Roman army and also collected taxes.

Aedile – An Aedile was a city official who maintained public buildings and festivals.

If people wanted to go to the top of the ruling chain, (for example become a consul), they’d first become an aedile and hold massive festivals so they could become popular with the people. Sneaky.

Censor – The Censor counted how many citizens there were and kept all the records of this. They had some hand to make sure people were good and decent and public finances.

Were all people treated equally?

Definitely not, and it all had to do with how much money they had, whether they were male or female and their citizenship.

As an example, women weren’t allowed to vote or hold a position of power. And the more money you had the more voting power you got.

The people in power were very rich and came from wealthy families. Although it sounds unfair, it was certainly better than other civilizations where average people had no say at all and in fact were treated really badly.

When the Roman Empire ruled the Roman army was one of the most successful armies in world history; they were well trained, well equipped and very well organized.

Romans were well known for building good roads, and this is how the army would move about quickly.

As the army was so important they were given good armor, which were made from strong strips of iron, they had iron helmets to protect their heads and neck, but of course they could still see really well.

As you can imagine, this armor was super heavy, so they sure needed to be strong.

They also sometimes had tall shields. The soldiers had different types of weapons including daggers, swords, spears, javelins and bows and arrows. 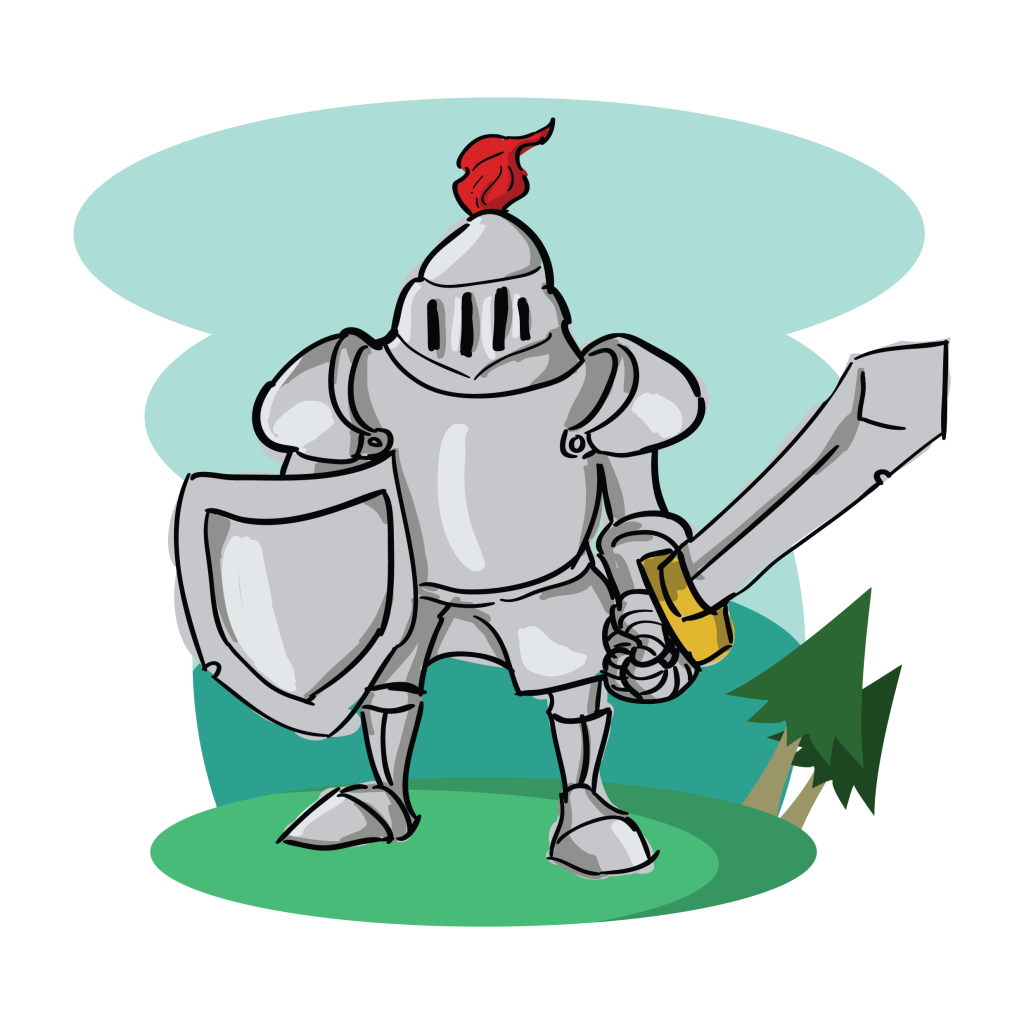 When Rome was at the Peak of its Power

Rome reached its peak of power in the year 117 AD under the rule of the great Roman emperor Trajan. Almost the whole coastline along the Mediterranean Sea was part of the Roman Empire.

This included Spain, Italy, France, southern Britain, Turkey, Israel, Egypt, and northern Africa. That is a lot of land to rule over.

The Fall of Rome didn’t happen in a day, it happened over a long period of time. There are a number of reasons why the empire began to fail, including the following:

The politicians and rulers of Rome became more and more corrupt.

Infighting and civil wars within the Empire.

Attacks from barbarian tribes outside of the empire.

The Roman army was no longer a dominant force.

The empire became so large it was difficult to govern. 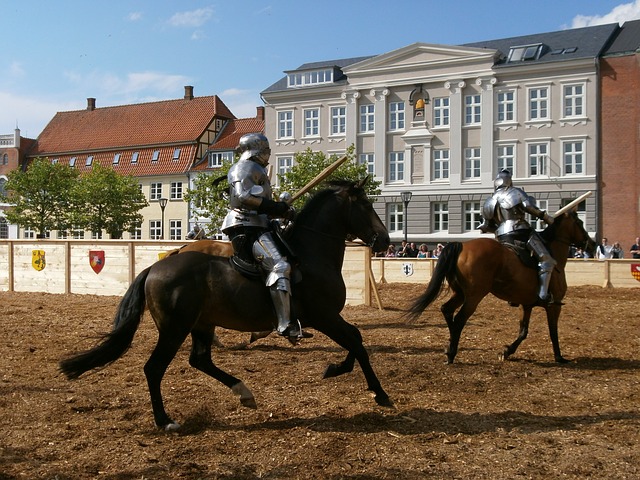 What was a typical day like in Ancient Rome?

Well people would have a light breakfast and then head off to work. Work ended in the early afternoon and then loads of Romans would head off to the baths to socialize and of course get clean.

At around 3pm they would have dinner which was as much of a social event as a meal.

There were loads of jobs that people could have for example farmers, soldiers, merchants, craftsmen, entertainers, lawyers, teachers, engineers and of course they could have jobs in the government.

Family was very important to the Romans and the head of the family was the father, who had all the power legally. But the wives still had a strong say in what happened in the family and she ran the household and managed their finances.

Roman children started school at the age of 7 but wealthy children had full time tutors. Other children went to public school.

They studied subjects such as reading, writing, math, literature, and debate. School was mostly for boys but some of the wealthy girls were tutored at home. Poor children did not get to go to school.

Some Roman citizens became famous mathematicians and scientists, such as the great Archimedes. 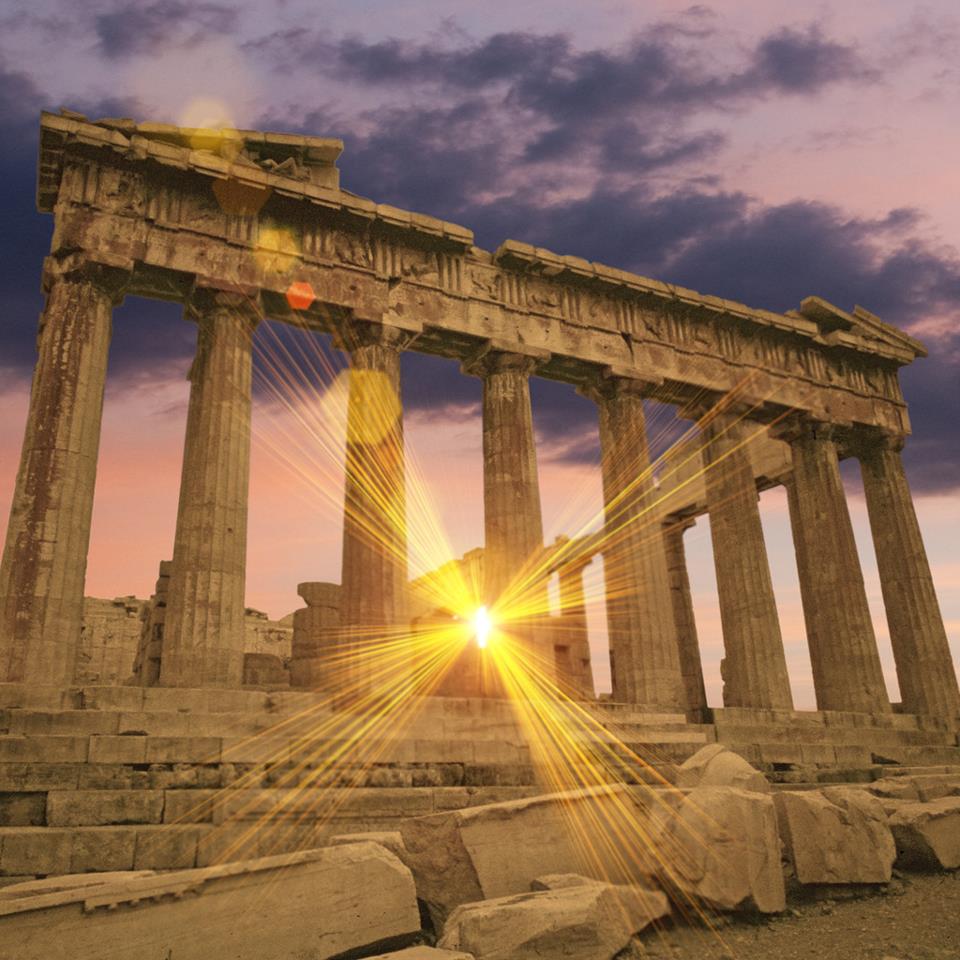