All famous monarchs have crown jewels. Kings and Queens in Africa, Asia and the Americas had beautiful items, covered in diamonds, sapphires and emeralds, made with the shiniest gold you can imagine. 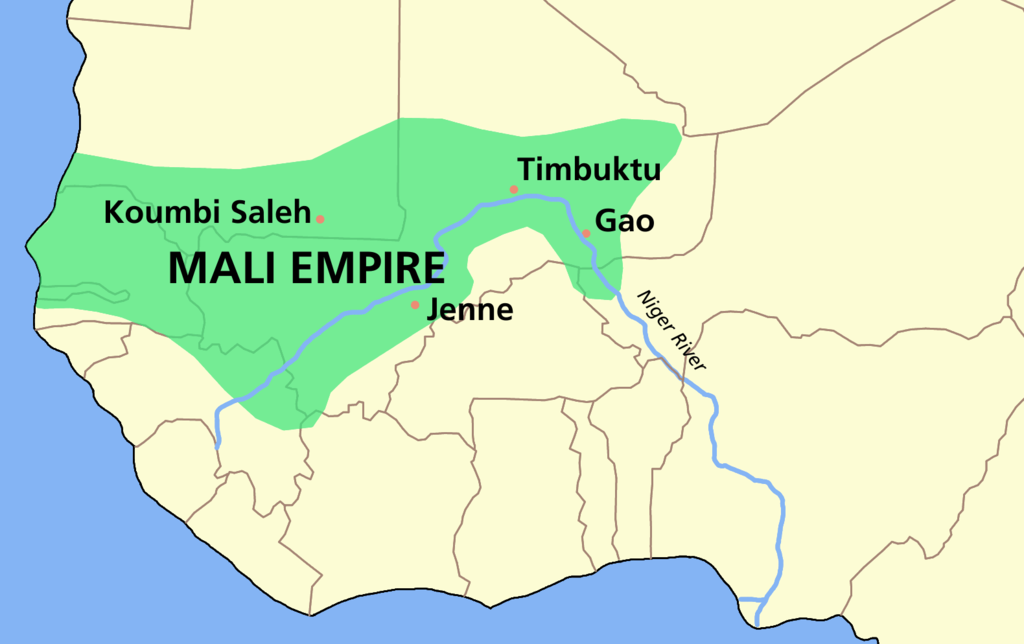 I bet you didn’t know that half of the world’s gold in the 1300 and 1400s came from Africa and the Empire of Mali.

One of its emperors, Mansa Musa, was known all over Europe. Imagine a man so rich and famous that there was a picture of him, dripping in gold, on a medieval world map – the “mappa mundi”.

It literally put medieval Africa on the map!

So, where was this ancient Empire? Who ruled it? And how did it become so rich?

Where was the Mali Empire Located? 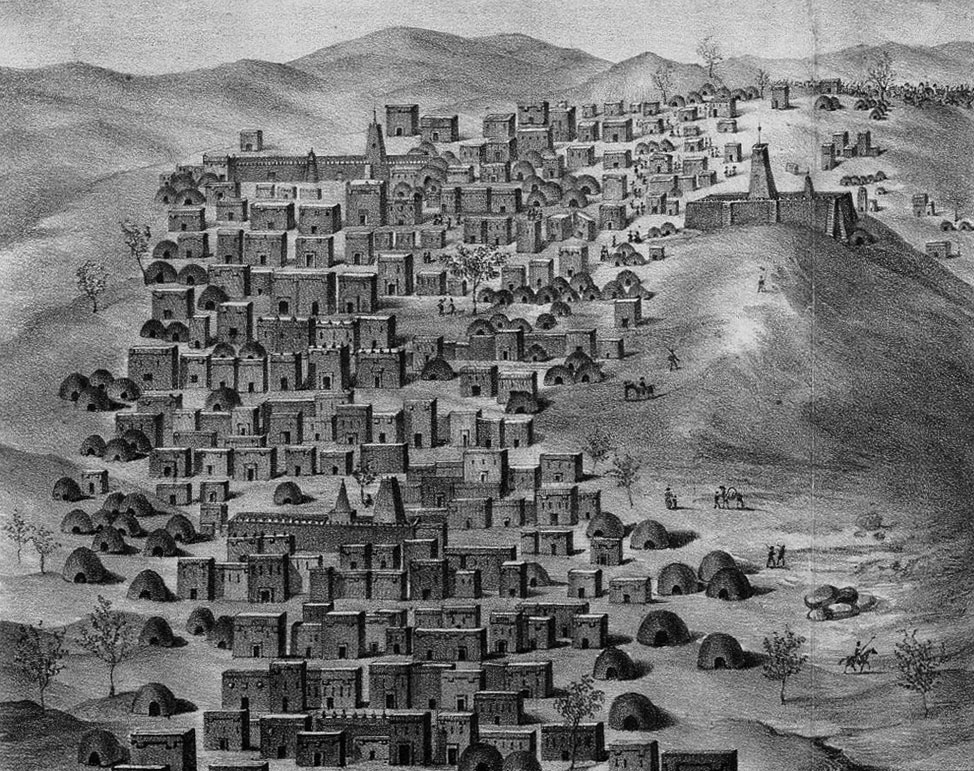 We have all heard of Timbukutu. The city of Timbuktuis in modern-day Maliand has existed as a city since at least the 1200s.

Other cities in Ancient Mali were Jenne, Gao and Koumbi Saleh. The Empire of Mali influenced culture, religion and laws of the region, a bit like the Roman Empire did in the UK and Europe. 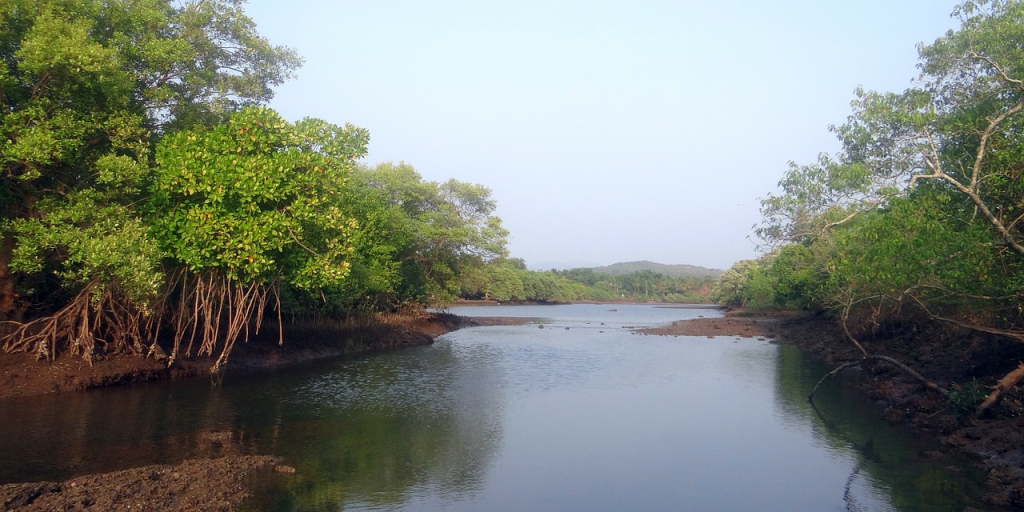 The Empire included nearly all the land between the Sahara desert and the coastal forests in western Africa.

It was in a perfect position to thrive. There were mountains, savanna and forest meaning that there were lots of lands rich in food, and animals for people to eat.

It was just south of the Sahara and the Sahara was full of traders crossing back and forth to bring goods to and from North Africa, Europe and Asia.

All these mountains and rivers that surrounded the Empire of Mali also provided perfect protection from outside invasion, at least for a while…

Who Founded the Mali Empire?

The Mali Empire began as a small Mandinka kingdom at the upper reaches of the river Niger. It began to grow in wealth ad stature around the 11th and 12th centuries following the decline of the Ghana Empire a.k.a Wagadu which was to its north.

During this period, trade also shifted towards the south which was part of the Mali Empire and hence the empire began to flourish.

The early history of the Mali Empire is unclear due to conflicting reports, but we do know as a fact that Sundiata Keita was the first ruler.

Sundiata: the 18-year-old King of Kings

The first King of the Empire of Mali was Mangdan Sundiata. The King of Kings, or “mansa”, was only 18 when he gained control of all 12 kingdoms.

When he took the throne, he became known as Sundiata Keita. He became the first Mandinka emperor and started the Keita family reign. 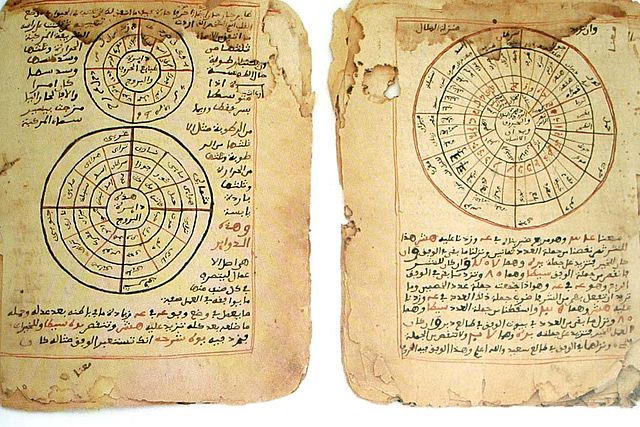 The Mali Empire lasted a very long time, from around 1200 to 1640. Historians think it lasted such a long time for two main reasons.

One reason was because it was a land of trading. People always need things (like salt, porcelain, gold, silk).

The other reason it lasted so long, we think, is the clever way that the Mali Empire was ruled. This way of ruling kept peace and stopped too many people fighting. 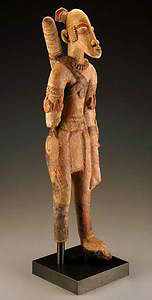 A special way of ruling

All of Mali’s gold came from three huge gold mines within its borders.

Kings (called Mansa) became really rich because they put taxes on every little bit of gold and salt that came into the borders, a bit like they did in Ancient Ghana. 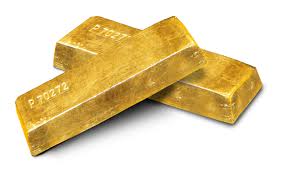 Instead of one person or King telling everyone what to do, the King (Mansa) just collected taxes. People were elected from each village, town, city and county.

They could pick their own governments however they liked, for example by voting for them (electing them) or by inheritance (when you are chosen because a family member did the job before you).

The Mansa did not mind how this happened. Each place would send one person to represent them in Niani, where the central powers were. 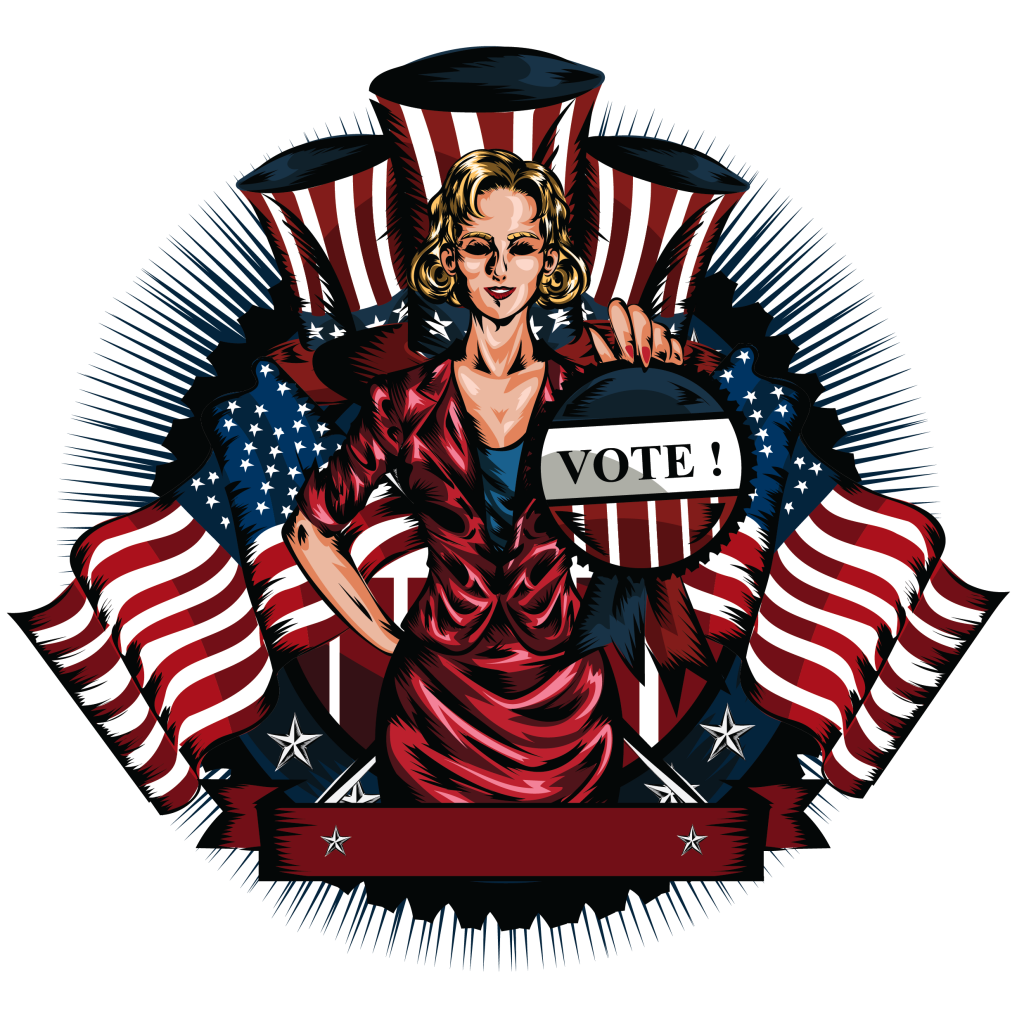 Heroes and Villains: Sundiata the Hero and SouMaoro the Villain

In Mali, to this day, there are people who memorise the history of the region and pass it down to their sons.

These historians are called griots, and this type of history by word-of-mouth is called oral history.

Sometimes there is even beautiful music that tells this history. Another historian wrote down a tale he heard from a griot some time backin the Epic of old Mali.

This griot told him about the great hero and villains of Ancient Mali. The griot said that Sundiata “the hero” was “full of strength”. He was supposed to be a mighty man with a big booming voice that the griot said was perfect for someone in power.

Soumaoro “the villain” did not get quite such a nice tale. He was supposed to be a nasty man who beheaded nine kings and made shoes from his enemy’s skin!

It is really impressive how much is remembered and passed down by these griots.

Since archaeologists have started looking at the region, they have found out a lot of more things based upon what griots have told them.

There are written texts too, written by travellers and explorers from different countries. Archaeology, oral history and these written texts help us understand more about Ancient Mali. 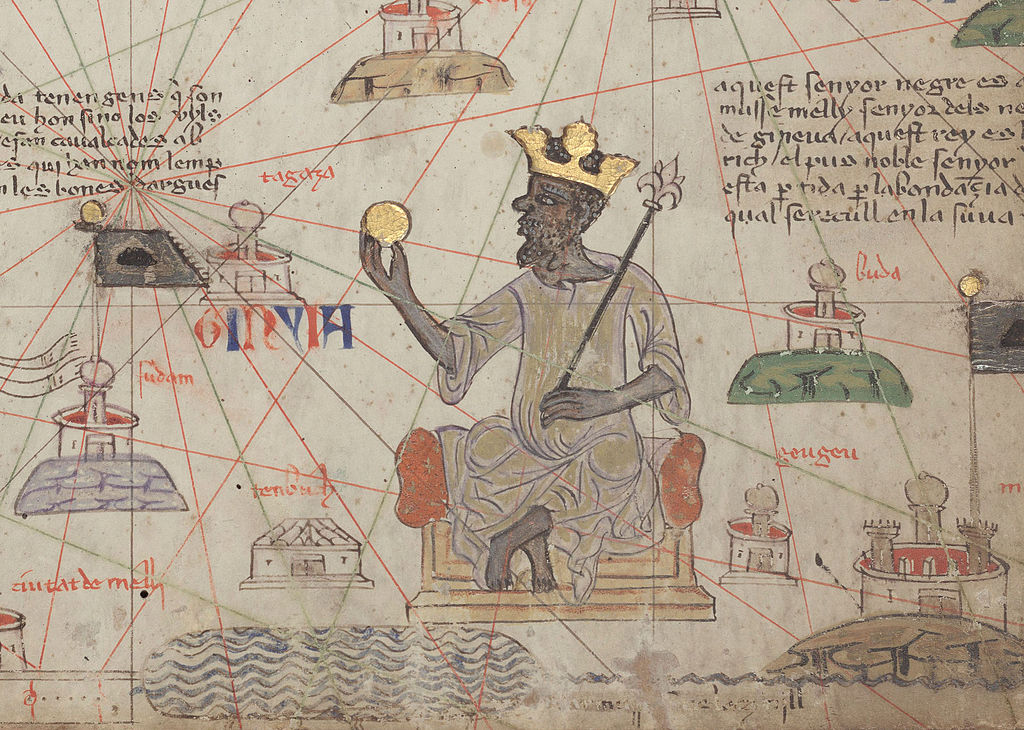 One of the most famous emperors or sultans of Ancient Mali was Mansa Musa. He was the tenth emperor of the Empire and he ruled between 1312-1337. He was the first King to take the title Mansa.

He was very famous because he took a long trip to Mecca in 1324-25 which is in modern-day Saudi-Arabia. It is 2807 miles from Timbukutu to Mecca. Imagine how long this took with camels!

After planning for several years, Mansa Musa set off to Mecca in 1324. He took his wife Inari Kanute, officials, soldiers, camel drivers, slaves and traders.

They crossed the Sahara desert into Egypt. They made a stop off along the way in Cairo.

What really impressed everyone in Cairo was the amount of gold they brought. Mansa Musa gave out lots of gifts of gold in Cairo and people couldn’t believe their eyes.

They remembered his generosity for years to come. The story goes that all the shop keepers on the markets charged all of Mansa Musa’s people higher prices because they had heard about how much gold they had.

This made everything even more expensive for years afterwards.

After this trip, the Ancient Empire of Mali was really famous in Europe and Asia and North Africa. Trade increased in the Empire after this.

Architecture of this style is set apart by its use of adobe plaster along with mud bricks, with the support of large wooden-log beams that jut out from walls of enormous buildings such as mosques and palaces.

The governing body of Mali was the Manden Kurufaba. It was composed of the three allied states of Mali, Mema, and Wagadou, and also with the Twelve Doors of Mali. (Twelve Kingdoms of Mali).

These twelve kingdoms had sworn allegiance to Sundiata and his descendants. In return for their allegiance, the rulers of these regions become “farbas” or commanders of their regions with almost all the authority they had prior to joining the Manden Kurafa.

The Mali Government put forward many social and economic reforms. These included forbidding of mistreatment of slaves and prisoners. They set up a clear division of authority between all the regions and sub-bodies of government. Sundiata also divided the land of the empire among his people and fixed exchange rates for common goods.

The Mali Empire covered a vast region for a surprisingly long period of time. This was made possible due to the decentralization of administration. This was done to keep subjects of the empire free from agitation into revolt. Only at the state or province-level was there any palpable interference from the central authority.

During the height of its power, the Empire of Mali was extremely wealthy. This wealth was accrued from the taxation on trade-in and out of the empire. Also adding to the wealth were the vast gold reserves that the Mansa Musa had.

Rumor has it that during his hajj to Mecca, Mansa Musa handed out gold to all the poor on the way.

The Mali Empire further flourished once Timbuktu came under the control of Mansa Musa. Timbuktu was a bustling center of trade, entertainment, and education. Heavy taxes were placed on all those who passed through this region.

The three gold mines within the empire produced immeasurable wealth for Mansa Musa. Every ounce of gold that entered or left its borders was taxed.

By the beginning of the 14th century, Mali was the source of half the world’s supply of gold.

During this time, Gold nuggets were the exclusive property of the Mansa and the trading of these nuggets was illegal within his borders.

Discovered gold was immediately handed over to the authorities and its appropriate value in gold dust was handed back to citizens. This practice was maintained to stem inflation in the region.

Along with Gold, Salt and Copper were also important minerals that contributed to the wealth of the region.

The End of Mali

The city Gao started growing even though it was under the control of Mali at the time. Then, a people called the Tuaregs, who rode horseback and lived all over the desert raided and ransacked the city. 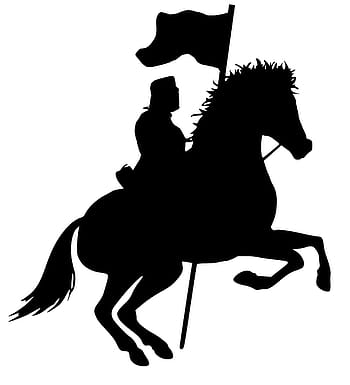 They were nomadic peoples which means they moved about all the time instead of living in once place.

They took taxes that were meant for the King which meant that the King’s power was weakened. 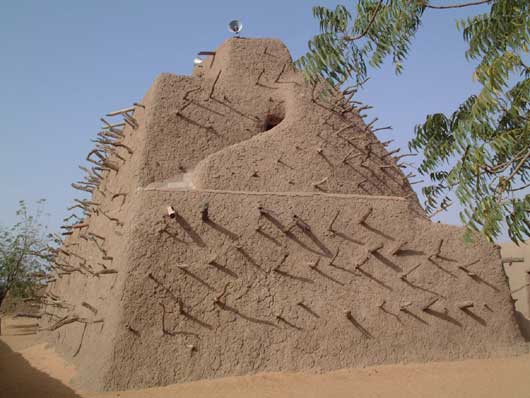 Why was Mali famous across the world?

How did the people of Europe hear about Mansa Musa?

What impressed the people of Cairo?

Why did the prices go up in Egypt after Mansa Musa’s visit?