Take a look at our cool Mars facts and check out our quiz in the activity section at the end to test what you have learned! 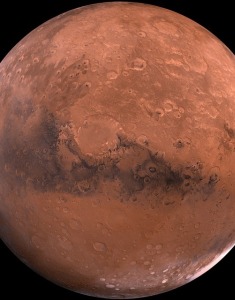 Mars is one planet that is seriously interesting and you’ll be amazed at the amount of awesome information that we’ve found for you. Get ready to wow your friends and family with these. You can even use your new knowledge for a school project and score some awesome marks too!

Firstly, did you know that the month of March is named after Mars? Well it is, and now you know!

The soil on Mars is red in color. How weird is that? But this is due to iron oxide, which is a chemical made from iron and oxygen…ah so that’s where it gets its name from. And believe it or not this soil feels like talcum powder. All the rocks on the surface are actually rusting because of this. Wow.

Mars is a pretty dangerous place to visit. The pressure up there is extremely low. If an astronaut decided to visit there without a proper space suit on, his blood would bubble and he wouldn’t live for very long if that happened! No trips to Mars then!

This is one cool fact! The two sides of Mars look completely different. The northern side is full of flat plains while the southern side is thicker and has more ridges and craters.

Feeling hot and cold on Mars

If you had to stand right in the middle of the equator on Mars a very weird thing would happen. Can you guess what it is? Well it’s amazing…you will feel summer in the lower half of your body and winter in the upper part of your body. Now that’s seriously weird. You’d have to dress up and warm and nice and cool all at the same time!

The biggest crater on the surface of Mars is the Borealis Basin which covers 5,300 miles (8,529 kilometers) from end to end. That is big! Amazingly it covers about 40% of the planet’s surface. 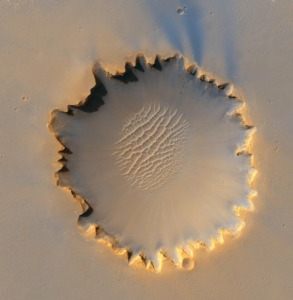 Mars is just like a desert so you’ll never see any rainfall as it’s dry and cold. There’s also not a drop of liquid water on the planet. Well we’d certainly get thirsty up there!

The atmosphere on Mars

Do you think we could live there? Well definitely not as the air is unbreathable for us humans. Why? Well because the atmosphere is made up of just over 95% of carbon dioxide and that’s dangerous for us. When you compare it to Earth, we only have less than 1% of carbon dioxide. Unbelievably even that snow that disappears is made up mostly of carbon dioxide! Well we’ll stay away from here!

If you were on Mars and decided to take a jump, you’ll be able jump three times as high as you could on Earth! That’s high! This is because the gravity on Mars is 37% less than it is on Earth. If we could breathe here, it would be great to just try the jumping out.

Mars even has the same four seasons that we do, but they just last much longer than ours.

Days on Mars are almost the same amount of time as those on Earth, just a little bit longer. Their days last 24 hours, 39 minutes, and 35 seconds.

The tallest volcano on Mars is three times the height of Mount Everest at sea level. Wow! It’s called Olympus Mons (that is Mount Olympus in Latin) and is about 15 miles (25 kilometers) tall!

Those rovers and spacecraft’s sent to Mars will never ever return. They are just left there after being damaged.

No human has ever been to Mars, so everything we know about it is from satellites and rovers. It’s clearly way too dangerous for us to go there, what with all that carbon dioxide! 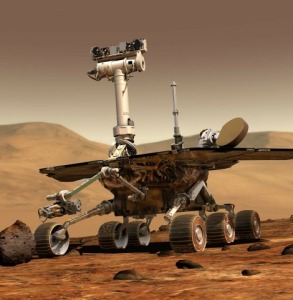 When astronauts do eventually travel to Mars it will take them more than a year to get there from Earth. It would take about 8 months to get there and 8 months to travel back. Can you imagine being in a shuttle for 8 months? What in the world would you do?

Mars has 24 hours in a day but 687 days in a year. Wow, that’s a seriously long year. Why do they have such a long year? Well it’s because it is further away from the sun so takes much longer to orbit around it.

This is amazing…on 27th August 2003 was the day that Mars was the closest to Earth after 50 millennia! Isn’t that amazing? It was about 34 million miles (55 million kilometers) from Earth.

This will only happen again in 2287. That’s a long time to wait…we won’t be seeing it in our lifetimes!

Have you learnt some awesome facts about Mars? We hope so. Do you know any other interesting details about Mars the planet? Share them with us!

Download or print our activity sheet on Mars below as a quiz for use in class or at home!