40th President of the United States 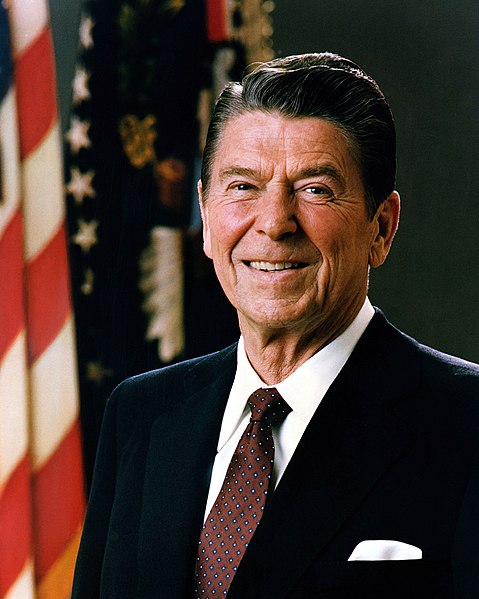 Nickname: The Gipper, The Great Communicator

What is Ronald Reagan known for?

Ronald Reagan is known for being the president during the end of the Cold War with the Soviet Union. He’s also known for an economic policy known as Reaganomics.

Prior to entering politics, Reagan had been a movie star, which was a first for a United States president. 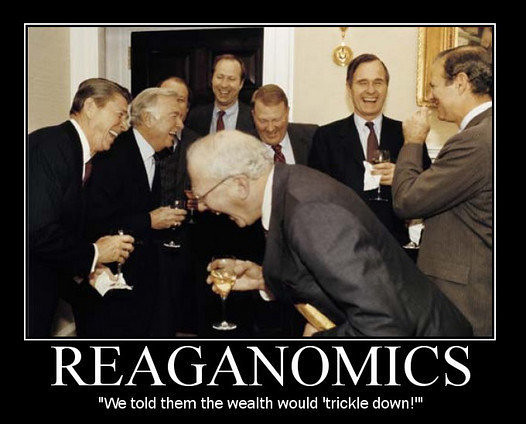 Ronald Reagan was born in 1911 in Tampico, Illinois. His parents were Nelle and Edward, a shoe salesman. He also had an older brother, Neil.

They lived in an apartment along the main street of the small town, with no indoor plumbing or running water. 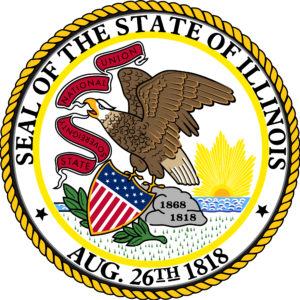 In high school, Ronald was the student body president, an athlete, and the star of several school plays. During summer vacations, he worked as a lifeguard.

After graduating from high school, he attended Eureka College. There, he was the captain of the swim team, ran track, and played football. He also continued acting in school plays and served as student council president.

Reagan graduated from Eureka in 1932 and began working as a radio sports announcer. In 1937, he took a screen test for the movie studio Warner Brothers. The studio signed him to a contract, and he went on to appear in more than 50 movies.

In 1940, Reagan married an actress named Jane Wyman. The couple had a daughter, Maureen and adopted a son, Michael. They divorced in 1948. 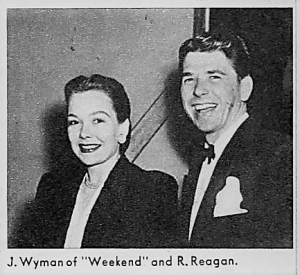 Reagan later married actress Nancy Davis in 1952, who gave up her acting career after the marriage. They had two children, Patricia and Ronald. Nancy became one of Reagan’s most trusted political advisers.

After the Japanese attack on Pearl Harbor in 1941, Reagan was called to active duty as a second lieutenant.

However, his poor eyesight kept him out of combat. He spent three years narrating training videos for new recruits and appearing in patriotic films about the war effort.

As he got older, Reagan became more involved in politics. Although he had been a member of the Democratic Party in his younger days, he eventually switched to the Republican Party in the 1960s. 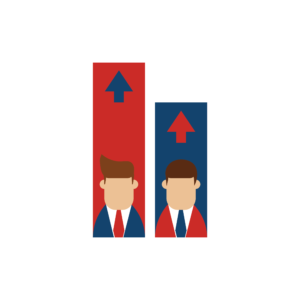 In 1964, he gained national attention when he gave a televised speech for the Republican presidential candidate Barry Goldwater. The speech went well, with Reagan appearing handsome and charismatic.

Two years later, he ran for governor of California. Reagan won the election and served two terms as the state’s governor.

In 1980, Reagan got the Republican presidential nomination. He and his running mate George H.W. Bush ran against President Jimmy Carter and Vice President Walter Mondale.

Reagan and Bush won the election. At 69, Reagan entered the White House as the oldest person ever elected to the presidency.

After the informal, “man of the people” Carter years, Reagan’s presidency saw a return to glamor in the White House. The First Lady wore designer fashions, redecorated the White House, and hosted many fancy state dinners.

Two months after being elected, Reagan was shot by a man named John Hinckley Jr. outside a Washington, D.C. hotel. Although the bullet pierced one of Reagan’s lungs, he survived and was back at work a few weeks later.

In 1981, Reagan historically appointed Sandra Day O’Connor as the first woman to the U.S. Supreme Court. 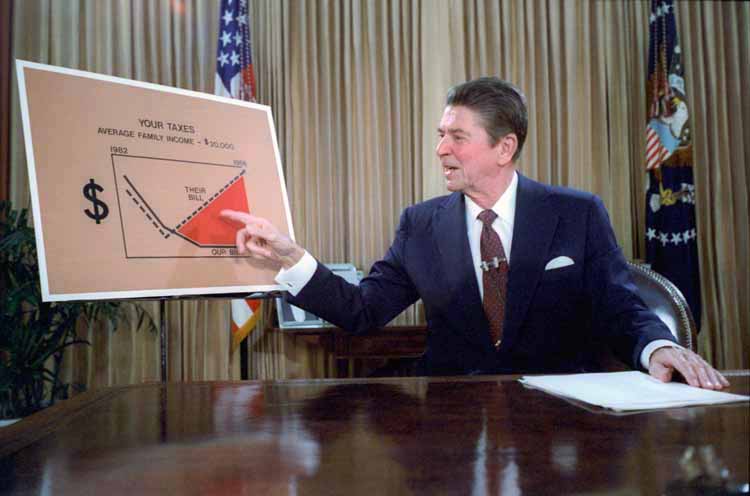 The American economy had struggled under Carter, and Reagan introduced economic policies known as Reaganomics. He cut taxes and several government programs.

By 1983, the economy had started to improve. Inflation had decreased by nearly 10% by the end of Reagan’s two terms as president. However, critics said that his economic policies favored the rich and increased the national debt.

Under the Reagan Doctrine, the United States helped anticommunist movements in Latin America, Asia, and Africa.

Reagan also announced the Strategic Defense Initiative, which was a plan to develop space-based weapons that would protect the United States from Soviet nuclear missile attacks. 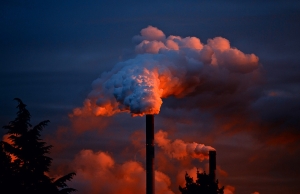 When Mikhail Gorbachev became the leader of the Soviet Union in 1985, Regan worked to form a diplomatic relationship with him. Two years later, they signed an agreement to reduce their stockpile of nuclear weapons.

That same year, Reagan famously spoke at the German Wall in Germany. The wall was a symbol of communism, and he challenged Gorbachev to tear it down.

Gorbachev allowed the people of Berlin to tear down the wall a little over two years later.

After serving two terms as president, Reagan and his wife Nancy returned to Los Angeles, California. They opened the Ronald Reagan Presidential Library and Museum in Simi Valley in 1991.

In November of 1994, Reagan wrote a letter to the American people announcing that he had been diagnosed with Alzheimer’s disease. He died at the age of 93 on June 5, 2004.

Reagan was given a state funeral in Washington, D.C. and was buried at his presidential library.

According to newspaper reports, Ronald Reagan saved 77 people from drowning during his time as a lifeguard.

One of Reagan’s most famous films was Knute Rockne- All American, about a Notre Dame University football coach. Reagan played a terminally ill football player named George Gipp, earning him the nickname “The Gipper.” 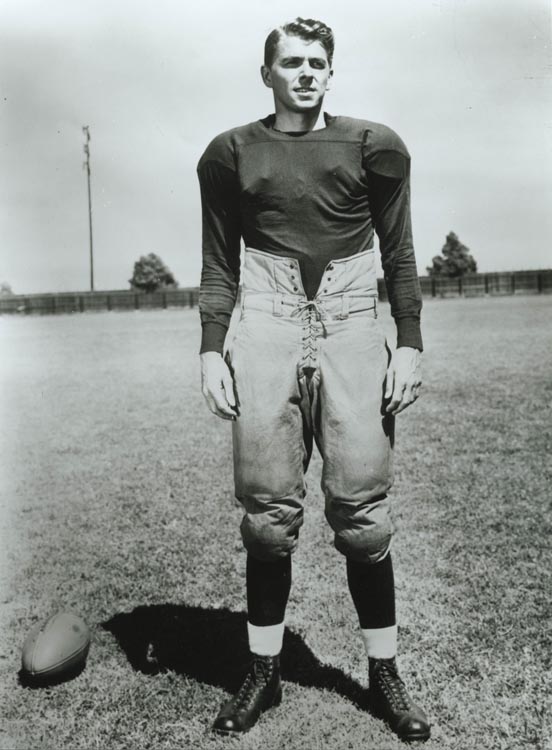 Reagan’s first wife, Jane Wyman, won an Oscar for Best Actress. Her highly successful Hollywood career and his struggling career was one reason the marriage failed.

As First Lady, Nancy Reagan focused on discouraging drug use by young people. She popularized the slogan “Just Say No.” 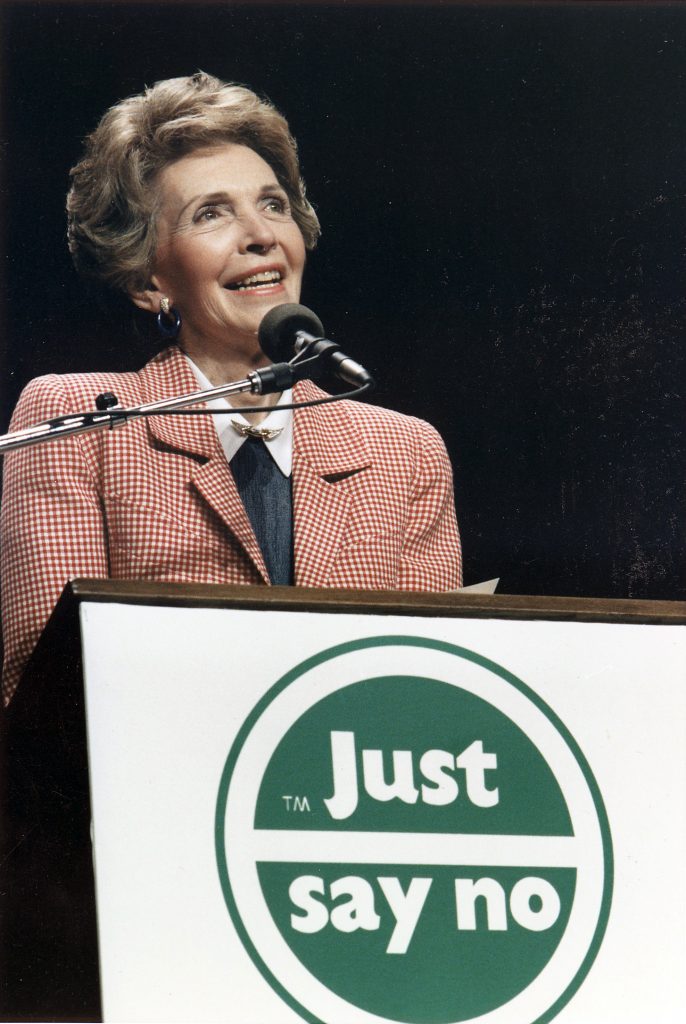 At the time of his death, Reagan was the longest-living U.S. president.