Discover our cool snake facts! Then check out our quiz sheet in the activity section at the end to test how much you’ve learned in class or at home. 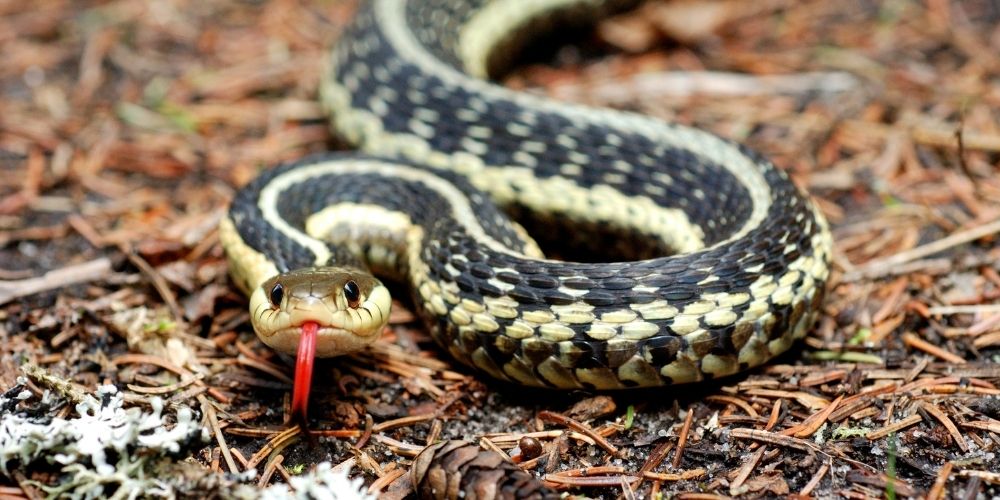 What do snakes eat?

Snakes eat all living creatures, which means that they are carnivorous animals. What they eat depends on the kind of snake they are, and how big or small they are. Most commonly, snakes eat small animals like mice, frogs, birds, snails, insects, and worms. They ma also eat snakes smaller than themselves, as well as various other small mammals.

Where do snakes live?

Snakes live on every continent except for Antarctica.

Most commonly, snakes live in the jungle and in rainforests. You can also find snakes in the grasslands, lowlands, and in both saltwater and freshwater (although freshwater snakes are rarer).

What is a group of snakes called?

A group of snakes is called a den. It can also be called a bed or nest.

Why do snakes shed their skin?

Snakes shed their skin because, in most cases, they have outgrown their old skin. The snakeskin shedding process is called ecdysis.

How often do snakes shed their skin?

When do snakes hibernate?

Snakes hibernate during the colder months of the year, and will start hibernating between September and December, and lasting until March or April.

How long do snakes go without eating?

How long do snakes go without water?

Snakes can go without water for just under 2 weeks, or about 12 days.

How long do snakes sleep?

Snakes sleep for over 16 hours a day, and if a snake has just eaten it will become dormant and can sleep for much longer.

What are baby snakes called?

How do snakes smell?

Snakes smell by using an organ called Jacobson’s organ. This organ is located in the roof of their mouths. Snakes use their forked tongue to detect chemical odors from the air and ground. When their tongues go back inside their mouth, the scents that they’ve detected go back into Jacobson’s organ, and that’s how a snake is able to smell.

Where do snakes go in Winter?

Snakes go into warm places in the winter where they hibernate. These warm places include dens, tree stumps, and caves. If there aren’t enough hibernation spaces, snakes will often share dens with other snakes so that they can conserve body heat.

Read some more interesting facts about these specific snakes:

Click to download or print our snake facts quiz sheet to use in class or at home! Questions about Snakes (all answers can be found on this page).