It can also provide helpful warnings, like the scent of something burning.

Believe it or not, your nose also helps you taste things! 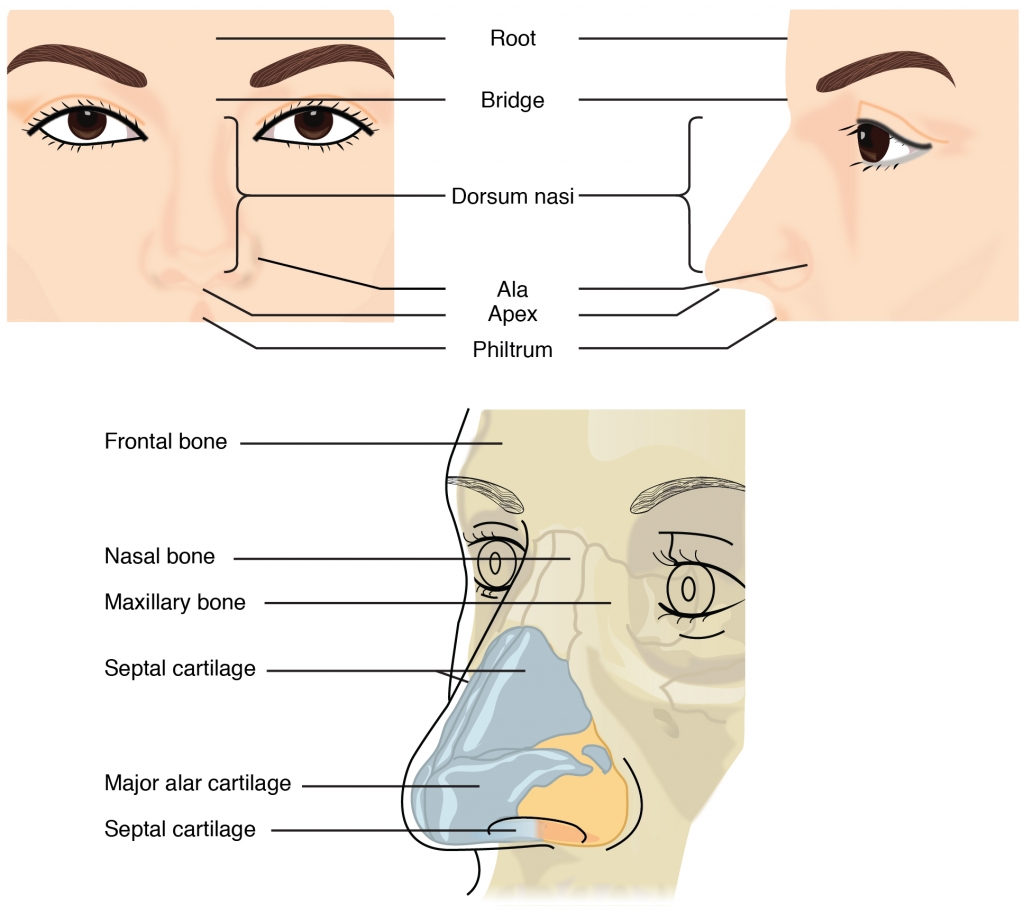 Plus, it’s the gateway to the respiratory system, which is responsible for breathing.

Parts of the nose

You have two holes in your nose called nostrils. They allow air to flow to the lungs and smells to flow to the olfactory nerves (more on those in a minute).

The wall between your nostrils is called the septum. Near the tip of your nose, the septum is made of cartilage, a flexible, rubbery material.

Deeper inside your nose, the septum is made of thin pieces of bone.

Behind your nose is the nasal cavity, a space that connects with the back of your throat. When you inhale through your nostrils, the air enters the nasal passages and flows into your nasal cavity.

From there, the air travels down the back of your throat into the trachea (windpipe) on its way to your lungs.

The inside of your nose is lined with a mucous membrane, a moist, thin layer of tissue that warms up and moistens the air before it goes to your lungs.

It also produces mucus, which you might know as snot. Mucus traps dust, germs, and particles that could irritate your lungs.

Cilia are tiny, microscopic hairs that are found in the back of the nose. They keep mucus out of the sinuses and lungs. 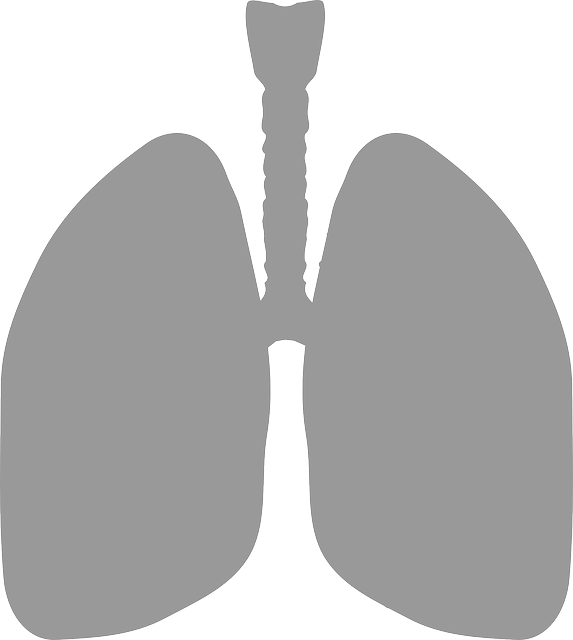 The olfactory epithelium is located on the roof of the nasal cavity (the space behind your nose). It contains hundreds of different odor receptors.

Different smells stimulate different types of receptors, and the brain interprets the combination of receptors to identify the smell.

How does the nose send signals to the brain?

Now you know the parts of the nose, and you understand how the brain identifies different smells. But how is this information sent to the brain in the first place?

When the odor receptors are stimulated (by a smell), signals travel along olfactory nerves to the olfactory bulb. 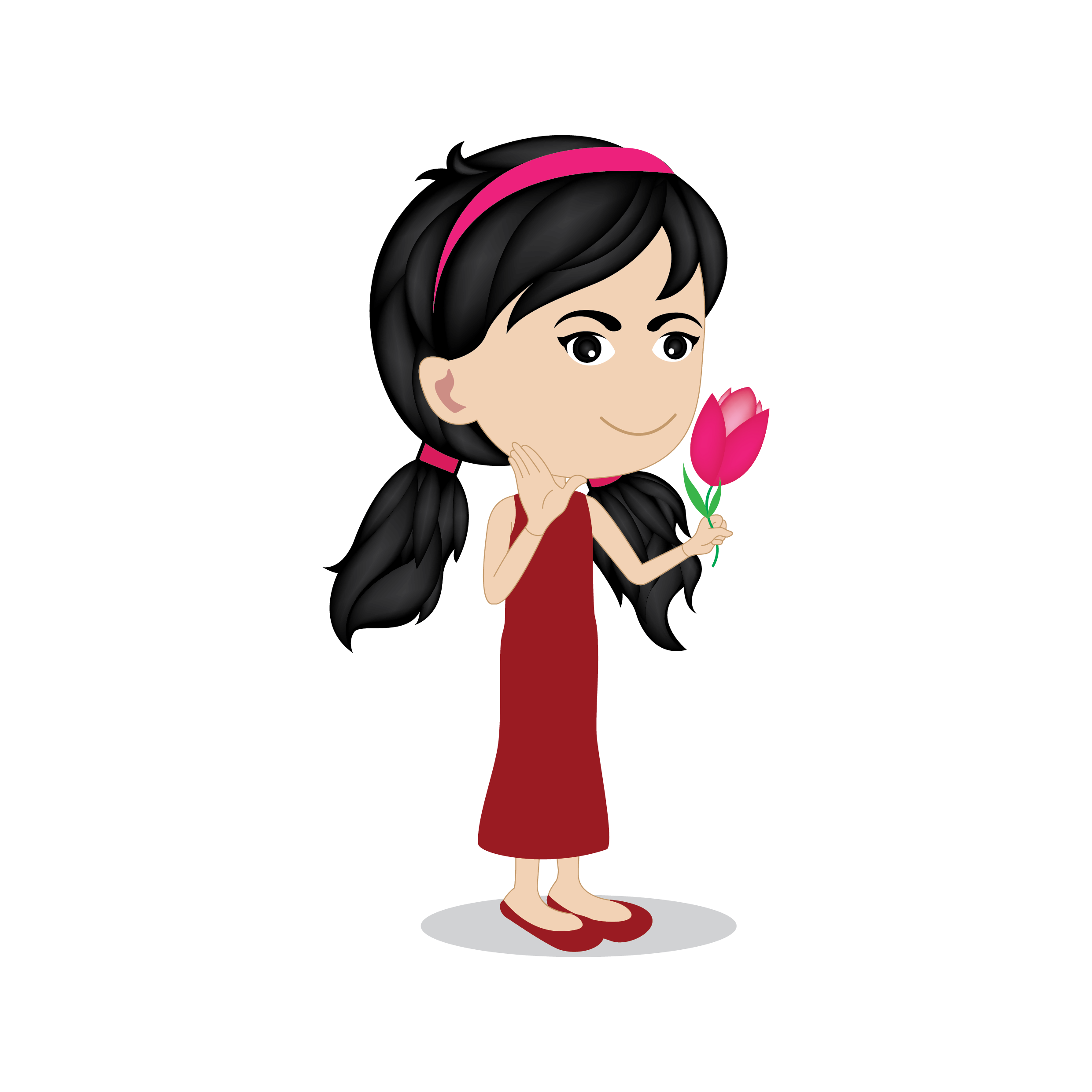 Then your brain can give you important information, like, “Gross, this milk is spoiled!” or, “Smells like Mom’s cooking breakfast, better get up before your sister eats all the pancakes again!”

Your Nose and Taste

We mentioned earlier that your nose also helps you taste. How?

It’s simple. Has anyone ever told you to hold your nose when you eat a disgusting food or take some medicine you don’t like? That’s because smell and taste go hand in hand!

The ability to smell food helps you taste it more fully. In fact, 80% of what you’re tasting is determined by what you’re smelling.

Fun Facts About the Nose

Have you ever wondered why you don’t sneeze in your sleep? That’s because the nerves that trigger sneezing are also asleep. 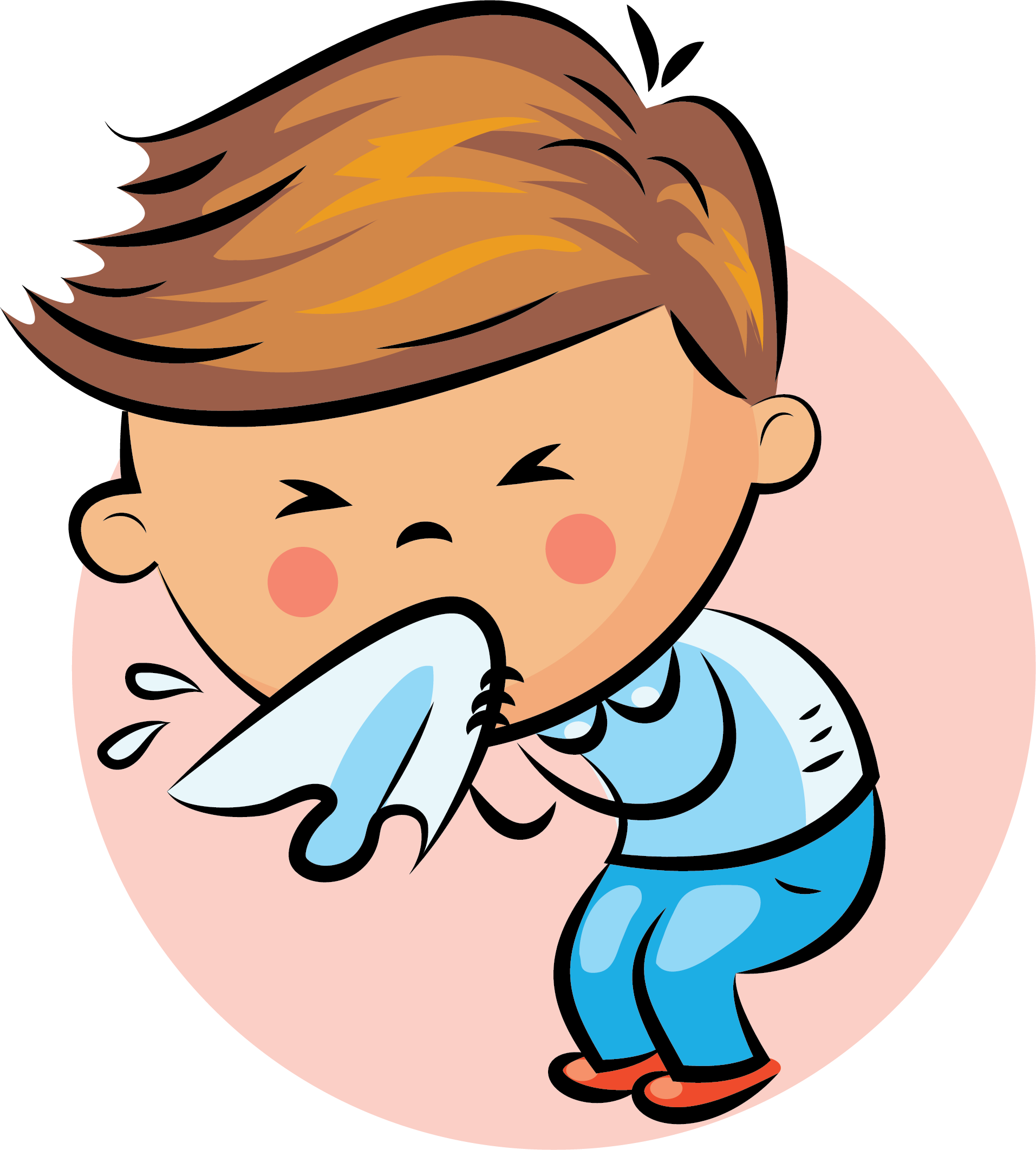 Has anyone told you that smells trigger memories? It’s true!

Smell is the only one of the five senses that’s directly connected to the part of the brain where memories are formed. 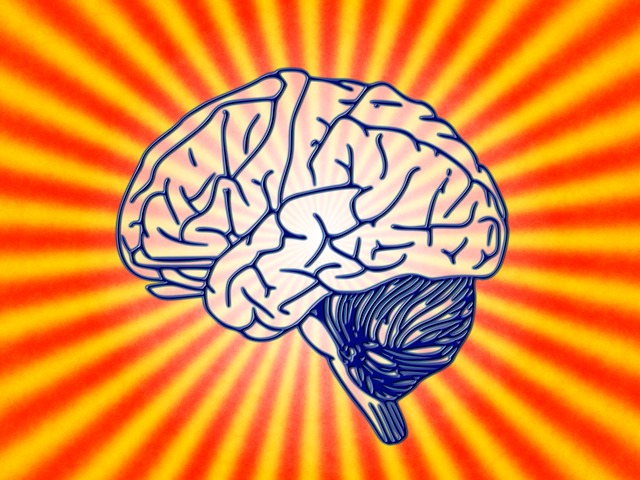 You have over 400 olfactory receptors, making your sense of smell one of the strongest senses.

When we sneeze, it’s at a speed of about 300 miles per hour. A single sneeze can release 40,000 droplets from our nostrils and mouth. These droplets can travel over five feet!