Now here’s an insect that gets a bad rap from us humans. Wasps are well known for buzzing and angrily stinging us, which doesn’t make them one of our favorite animals.

However, what you may not know is there are 75,000 identified species of wasps in the world – and not all of them even sting!

There are many interesting things to learn about these flying insects. Read the facts we’ve collected below to learn more about wasps and why they there is more to them than just their stingers. 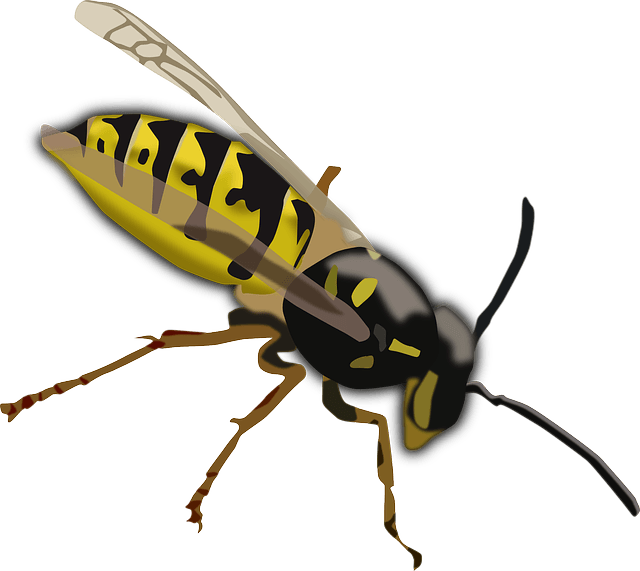 The most important thing to learn about wasps is they don’t all sting. It is a very common misconception that all wasps have a painful sting – although many do, plenty of wasps are nonstinging creatures.

It should be noted that whether a wasp stings or not, they are all extremely helpful to humans by controlling pest insect populations.

We should be more enthusiastic about wasps for this reason alone.

What is the difference between a wasp and a bee?

How can you tell a wasp from a bee? Usually just by looking at them. Wasps are different from bees because they have pointed (instead of rounded) lower abdomens, and a much narrower waist than bees. 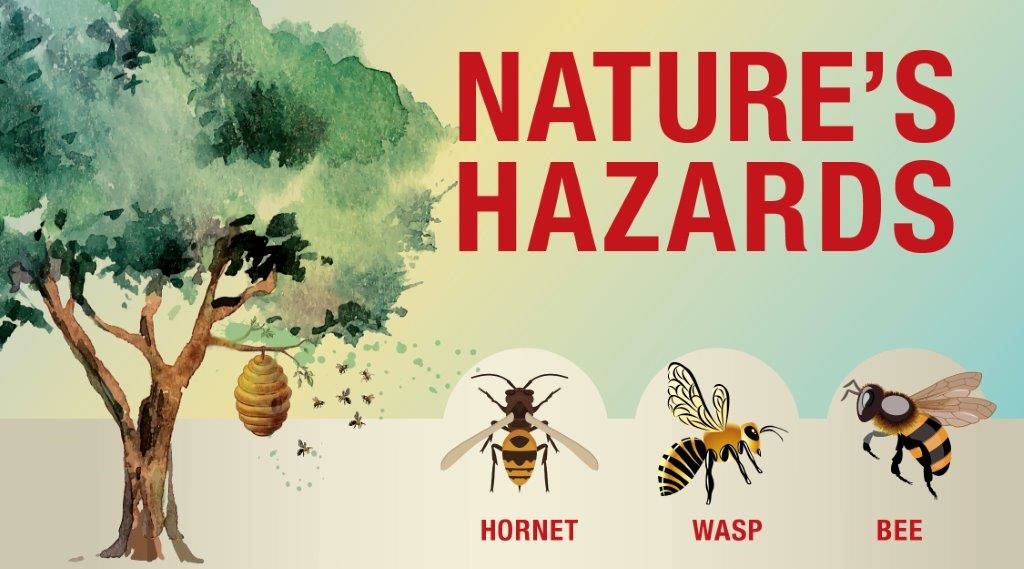 Wasps comes in every color imaginable. Although they can be a classic yellow/black/brown, they are also metallic blue and bright red.

Do all wasps build nests?

All wasps build nests. Their nests are different from the bees, which produce a waxy substance to create theirs. Wasps chew scraped wood fibers and create more papery nests for themselves. 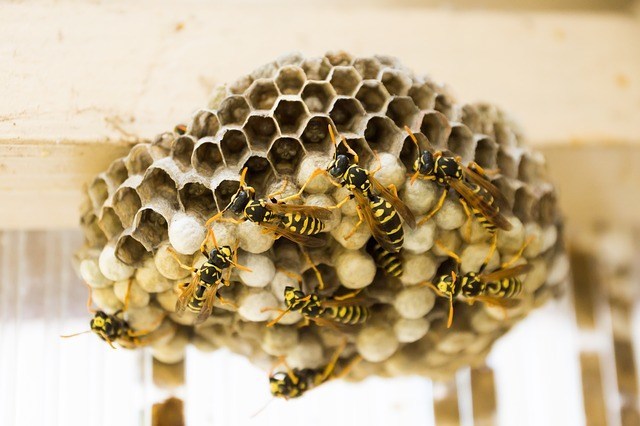 There are both social wasps and solitary wasps. Social wasps include the well-known and often feared colony creators, like hornets and yellow jackets. Social wasps will sting in self defense.

Solitary wasps do not form colonies and make up most of wasp species (1,000 species are social, while the others are solitary wasps). Solitary wasps reserve their stinging abilities for hunting.

Are only humans afraid of a wasp’s sting?

Humans aren’t the only ones who fear the wasp’s sting – animals do as well. Many animals know to steer clear of them.

A social wasp that is upset can emit a pheromone to other wasps, signaling them to come and help. A pheromone is a chemical released by some animals that can affect the behavior of similar animals.

When an entire colony of wasps is angered, look out!

Wasps have the ability to sting repeatedly, unlike bees which they are often compared to (but are very different from).

How can wasps be useful?

The agriculture industry relies heavily on wasps to help with pest control for the sake of their crops. 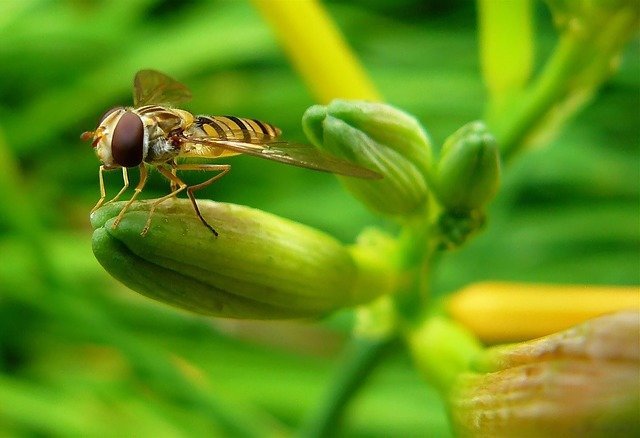 A queen wasp begins a new colony every spring. First the queen will raise worker wasps to help bring in food and make the nest larger. Then she will begin laying eggs.

When do wasps go to their nests?

Wasps generally return to their nests when the sun goes down for the day.

Some people are highly allergic to wasp stings, and have a good reason to be afraid of getting stung!

Although people without allergies will only have minor irritation due to a sting, people with severe allergies can have a serious reaction.

What do wasps eat?

Wasps like to eat sweet plants, fruits, flower nectar, honey, and sometimes other insects and caterpillars. You could say that wasps actually have a bit of a sweet tooth, just like many of us humans do.

Between the months of August and October, wasps prefer to eat food and garbage left outside.

The winter months are very hard on wasps, and they do not thrive during this time of the year. 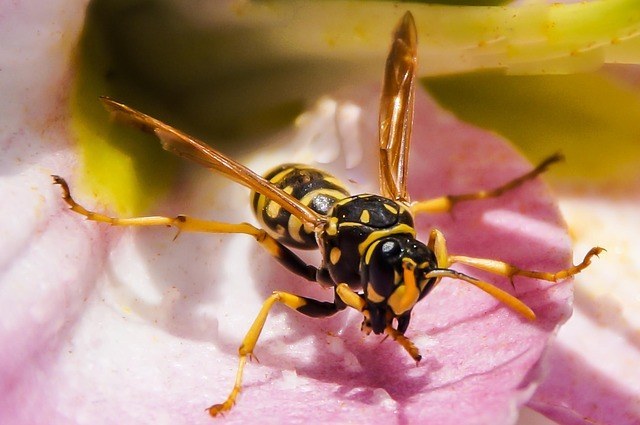 Only female wasps have stingers, while males do not. Because of this, females are the primary protectors of the nest and the queen.