Read our cool facts about bats and take a look at our quiz sheet in the activity section at the end to test your knowledge of these fascinating creatures!

Bats are often feared, and pictures of vampires race into our heads. 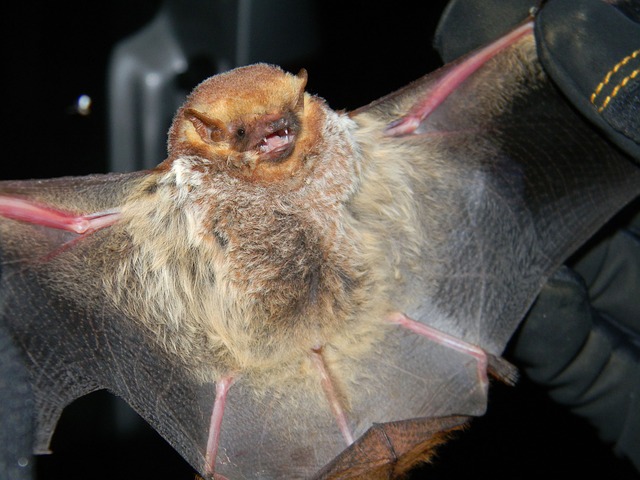 Well, they are actually exceptionally cool animals who help humans a lot.

Read on for some absolutely amazing information about these awesome animals.

Have bats changed much over the years? Let’s find out.

Wow this is amazing, scientists have found evidence that bats have been around for 50 million years.

Some believe it might even have been even longer. That is a very, very long time.

How do scientists learn about these animals?

Well they use fossils to try and see how bats have changed over the years. It’s amazing what science can teach us.

Apparently the earliest fossils found show that they haven’t changed much over the years. They do look a bit prehistoric.

Now when we talk about bats, often people get scared or say they don’t like them.

But here are some myths that we’ll bust, which might make you feel differently about these animals. 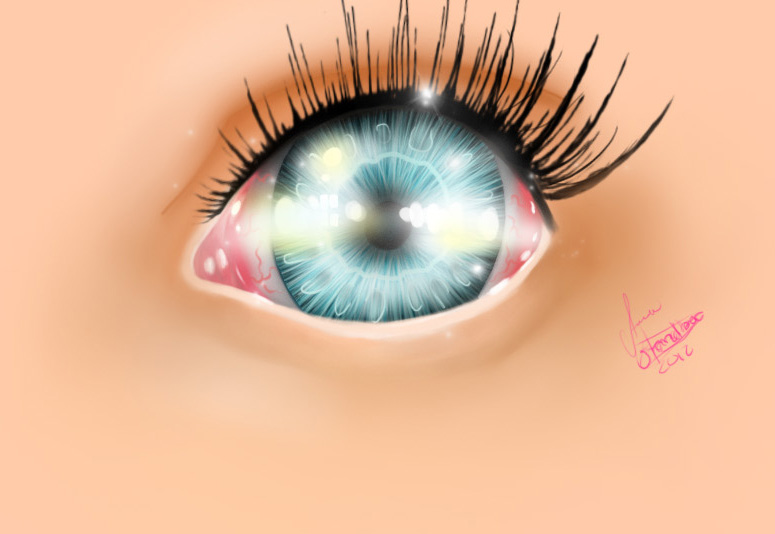 Bats are definitely not blind, and in fact they can see very well.

Bats that eat insects depend a lot on sound and they’ve got super awesome hearing skills to find food in the dark.

Guess you can’t say ‘blind as a bat’ anymore.

Bats also don’t get tangled up in your hair…they’re far too smart for that.

People often think that you can get sick from bats and that they carry rabies. They are in fact very clean and just like cats, groom themselves very well.

They can get rabies, but so can all mammals. Bats hardly ever do, just don’t touch them and you’ll be fine and dandy. 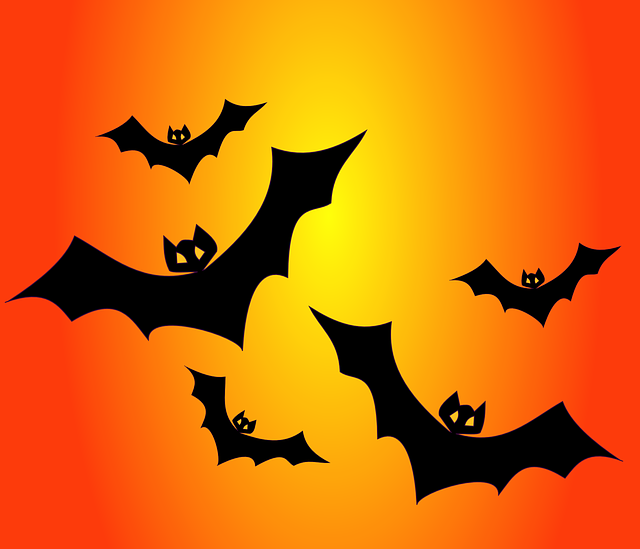 Did you know that bats are extremely helpful? They help control our insect population, reseed forests that have been cut down and even pollinate plants to give us food.

Wow, who would have known that they do so much for us?

Their droppings – called guano – produce a bacteria that is used to improve soaps and antibiotics. Wow, so when we get sick and the doctor gives us antibiotics, there’s probably guano in them!

Oh goodness; but that’s okay as it makes us better and we can’t taste a thing.

Here are some more amazing facts about bats that will have you reciting the most awesome bat facts around.

Bats are actually mammals! What, a mammal that flies?

People used to think that bats were birds without feathers, but in fact you don’t get such a thing as a featherless bird.

So, they’re mammals just like us humans, and the only mammals that can fly. Awesome.

Unbelievably bats are the ONLY mammals capable of flying continuously. While others will glide a lot, bats just keep on going. 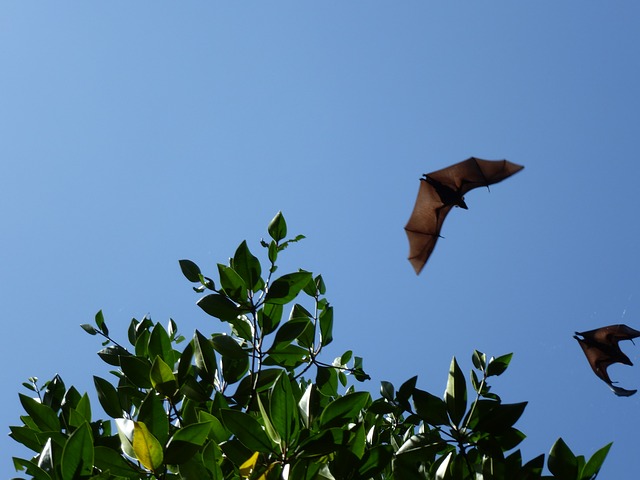 Bat wings are quite complicated, and this is what helps them to fly. Their wings are made of two thin layers of skin stretched over the bat’s arm and fingers; yes they have arms, four fingers and a thumb.

Their fingers are very long when you compare them to the size of the body. If our fingers were the same as bats they’d be longer than our legs.

Can you imagine how weird we’d look if we walked around with fingers dragging behind our bodies?

When bats fly, they don’t just flap their wings up and down; it almost looks as if they’re pulling their way through the air.

It’s a strange movement and kind of looks like the butterfly stroke when you’re swimming.

Next time you go for a swim, try and do the bat stroke not the butterfly stroke! 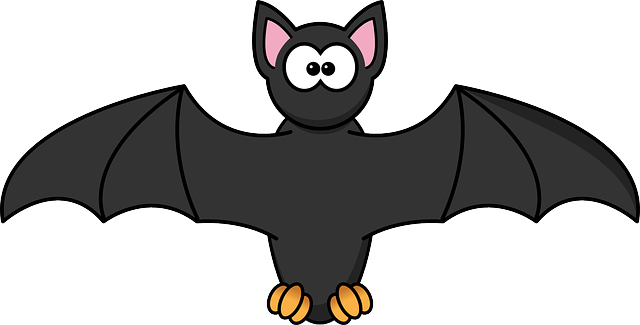 Their wings get used for many things besides flying; in fact they wrap them around insects or fruit to hold while they’re eating.

As they’ve got fingers, we should give them some knives and forks so they can eat properly.

Bats Really Do Only Come Out at Night

Bats are nocturnal, which means that come out at night and feed at night too.

If you go looking for them during the day you’ll probably find them all snoring while they sleep in their caves or in trees.

Did you know that bats sleep upside down? That must be so uncomfortable. 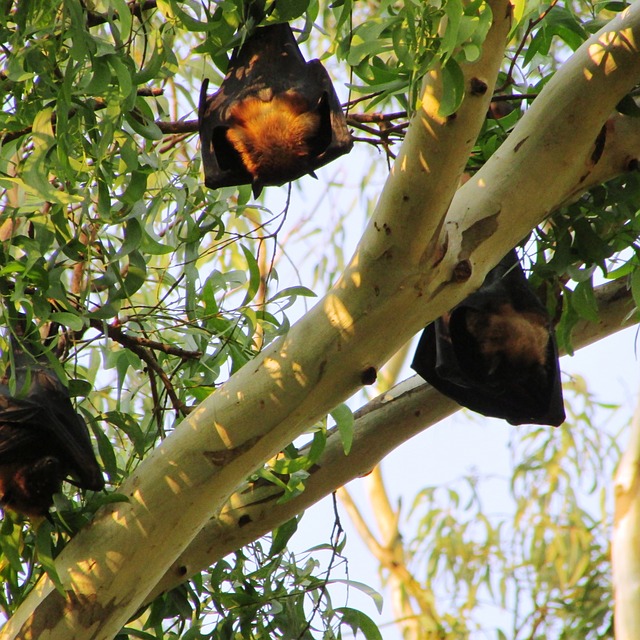 Bats are quite friendly creatures and they quite like having sleepovers in huge groups in caves. They obviously don’t like to be alone.

Where is the Largest Bat Cave in the World?

Now this is quite something. The largest bat cave in the world is in Bracken Cave, Texas. Wait for it…during the summer this cave can have anything up to 20 million bats there at once!

That must be one humongous cave and that is a serious amount of bats. Not sure going into that cave at night would be a good idea.

But they’re pretty cool as they can eat up to 250 tons of insects in a night.

Whoa, that is a lot of insects to eat.

And even better, with all these insects being eaten all our food will be healthier for all of us. Less chemicals and poisons will be used on crops. Hooray for the bats! 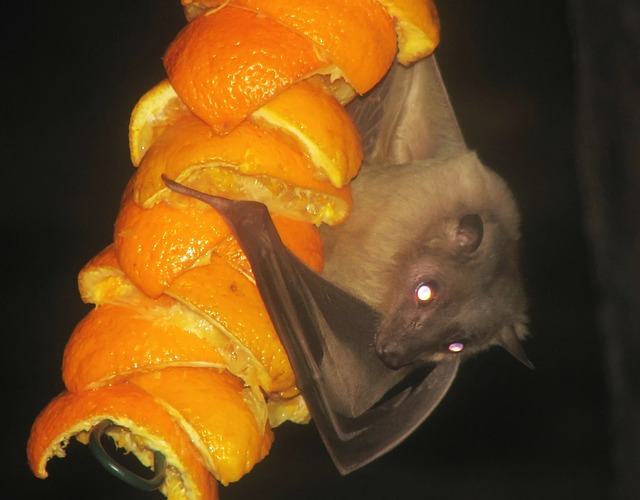 How are Bats Similar to Dolphins?

Have you ever heard of echolocation? Well it’s a way for some mammals to communicate and find objects or their prey. Bats use echolocation as well as dolphins. This is how bats ‘see’ in the dark.

They make noises and wait for the sound waves to bounce back off objects, just like an echo. These noises can’t be heard by human ears. If the sound doesn’t bounce back it safe to push on and fly.

Unbelievably with this very complex way of finding stuff they can even tell how far away something is. Amazing. 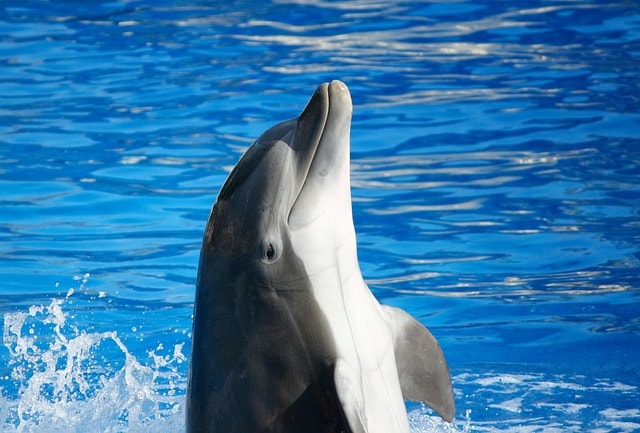 Not all bats use echolocation with their mouths. Some of them eat while they’re flying, and of course it’s rude to talk with your mouth full. So what do they do? They use their noses instead for echolocation. Wow.

The bats that use their noses have special flaps and folds of skin on their nose called ‘nose leaves’.

Now that sounds weird and they actually look quite weird too. 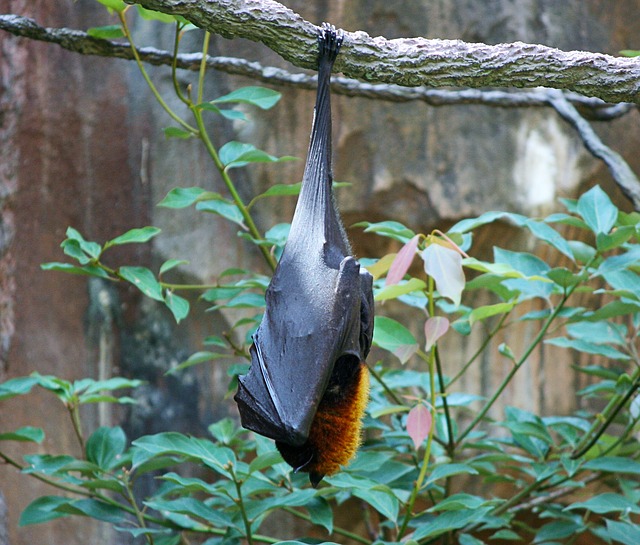 So do bats eat blood as we think they do? Well read on to find out. Most of them eat insects, nectar from flowers and others fruit. Some of them eat fish and yes, there are a couple of species who eat blood.

The fish-eating bats grab fish out the water with their claws, while meat-eating bats drink the blood of birds.

There are three types of vampire bats and they eat blood from other mammals like cows. 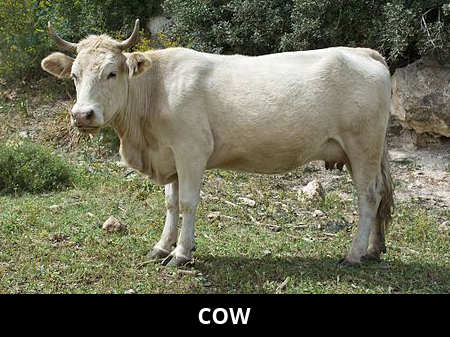 Did you know that 70% of all bats eat insects? In fact the little brown bat can eat 1,200 night flying insects in an hour. So if you’ve got too many insects then this is the bat to call on.

Now a bit more on vampire bats. No they don’t turn into Count Dracula! They very rarely bite people and they hardly ever kill their prey.

They make a shallow wound with their razor-sharp teeth then lick up the blood.

Each bat only drinks about an ounce (almost 30 milliliters) of blood each night. That’s certainly not a lot. 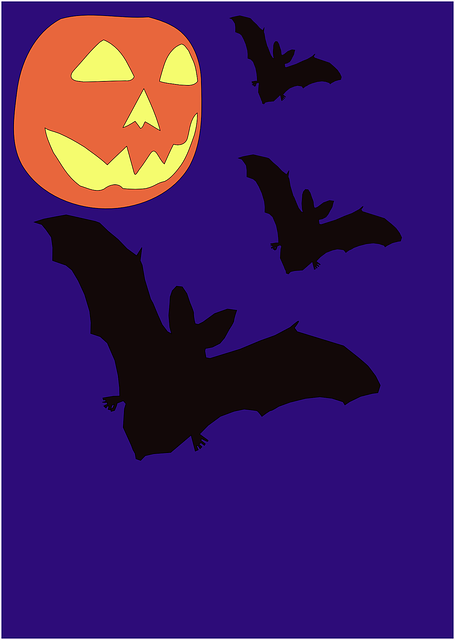 Which are the largest kind of bats?

The flying fox and fruit bats are the largest in the world. Guess what they do to help us?

They spread the seeds of the fruit they eat and are responsible for scattering up to 95% of the seeds needed for new trees in tropical rainforests.

Bats don’t only live in caves; in fact there are many different places they live. They sleep in trees, mines, under bridges, in bushes, and even in old buildings or barns.

So the next time you’re out and about see if you can spot any bats in trees or bushes, under bridges or in old buildings. 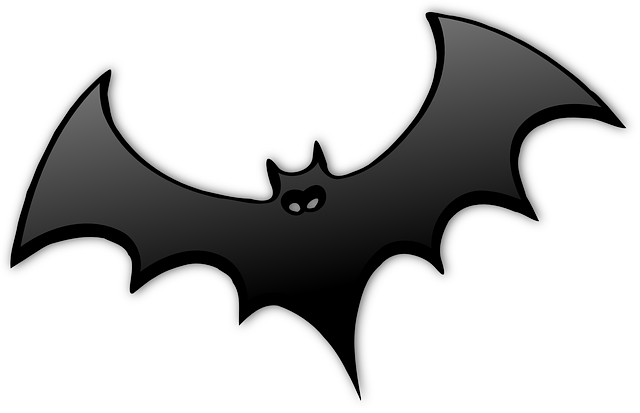 There is another type of home where bats will live, and it’s designed especially for them. People build bat houses hoping for bats to move in, but often other animals and insects are quicker at settling in.

Bats that used to only live in caves have adapted to living in cities now. This is mind-blowing.

The largest bat colony of bats living in a city is under the Congress Avenue Bridge in Austin, Texas.

There are about 1.5 million bats there. Even more amazing, there are just over 1.5 million people living in Austin, so there are almost as many bats as people here! 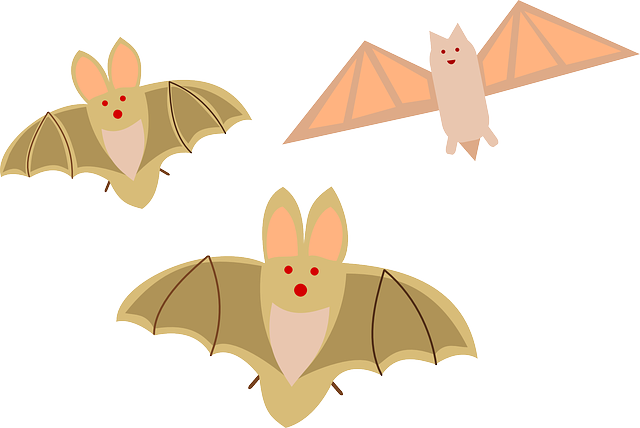 What about bat babies? During spring, bats return from migration or wake up from hibernation and the ladies begin having baby bats which are called “pups”. Cute.

They are tiny when they’re born, but boy do they grow up fast. Some of them are flying and hunting on their own within a month.

Imagine being one month old and going out and finding food by yourself? Not possible!

Bats normally have one baby at a time and sometimes they’ll have twins.

The pups are born without hair and are tiny and pink. 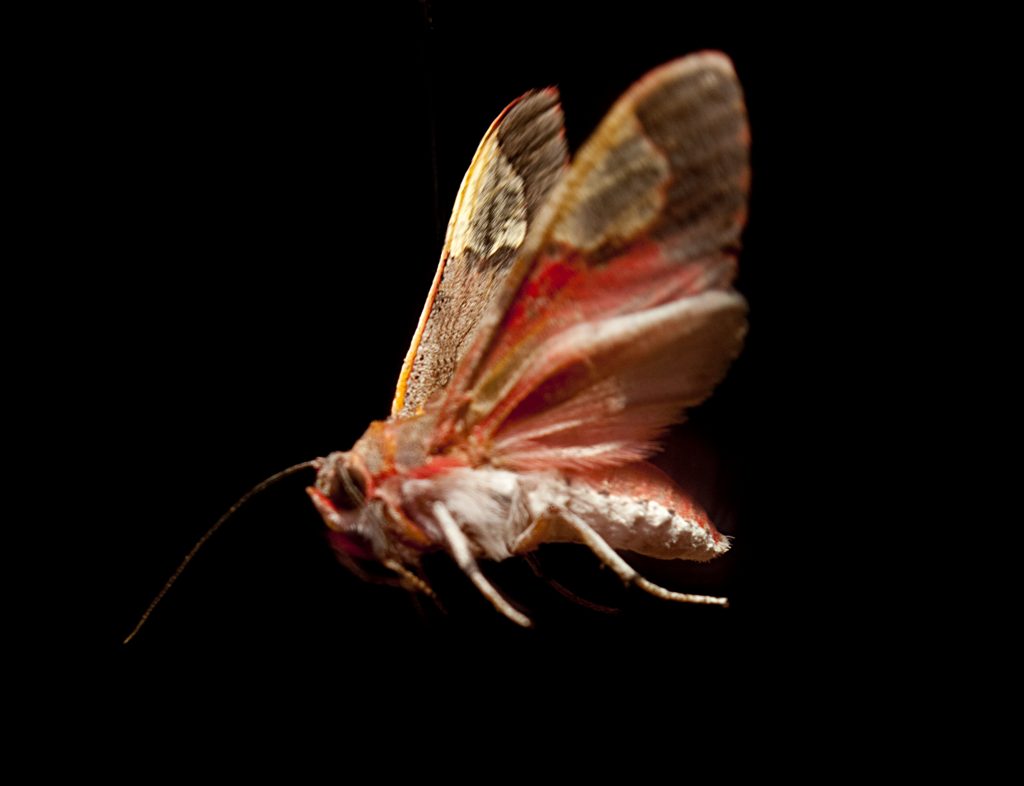 They are born with strong claws and legs because they have to hold on to their mom when she’s sleeping or hang on in the cave if she’s out and about.

Have you noticed the size of bats ears? Well they are huge in comparison to their bodies. All the better to hear with…they have the best hearing of all land mammals.

Pretty cool huh. So don’t whisper something rude in front of them, they might get upset. 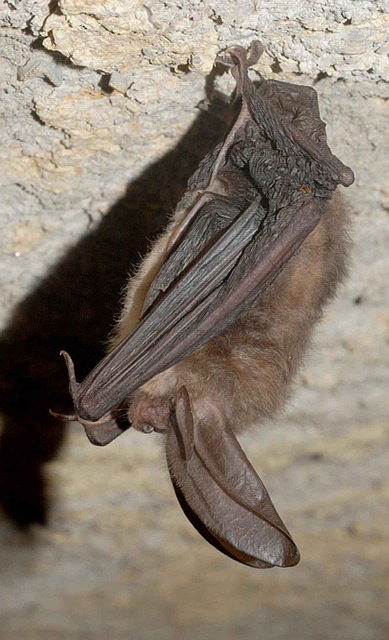 Where are Bats Found?

Bats can be found all over the world; in forests, deserts, jungles and cities but except where it is very, very hot or really, really cold.  They live on all continents except Antarctica.

There are over 1000 different bat species. Wow, that’s a lot. From the tiny bumblebee bat (which is the size of a jellybean), to the huge Bismarck flying fox (with a wingspan as long as an average man).

Bats make up one fifth of the world’s mammals and are the second largest group of mammals with rats taking first place.

That is quite something.

Most bats only see in black and white, but some old world fruit bats can see in color. 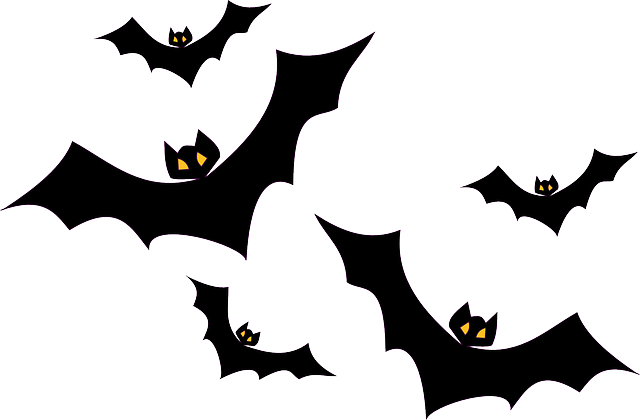 How do Bats Help Humans?

Here are some other ways that bats can help us…

A colony of just 150 big brown bats can eat up to 18 million or more root worms each summer. This saves crops from damage which means more food is available. 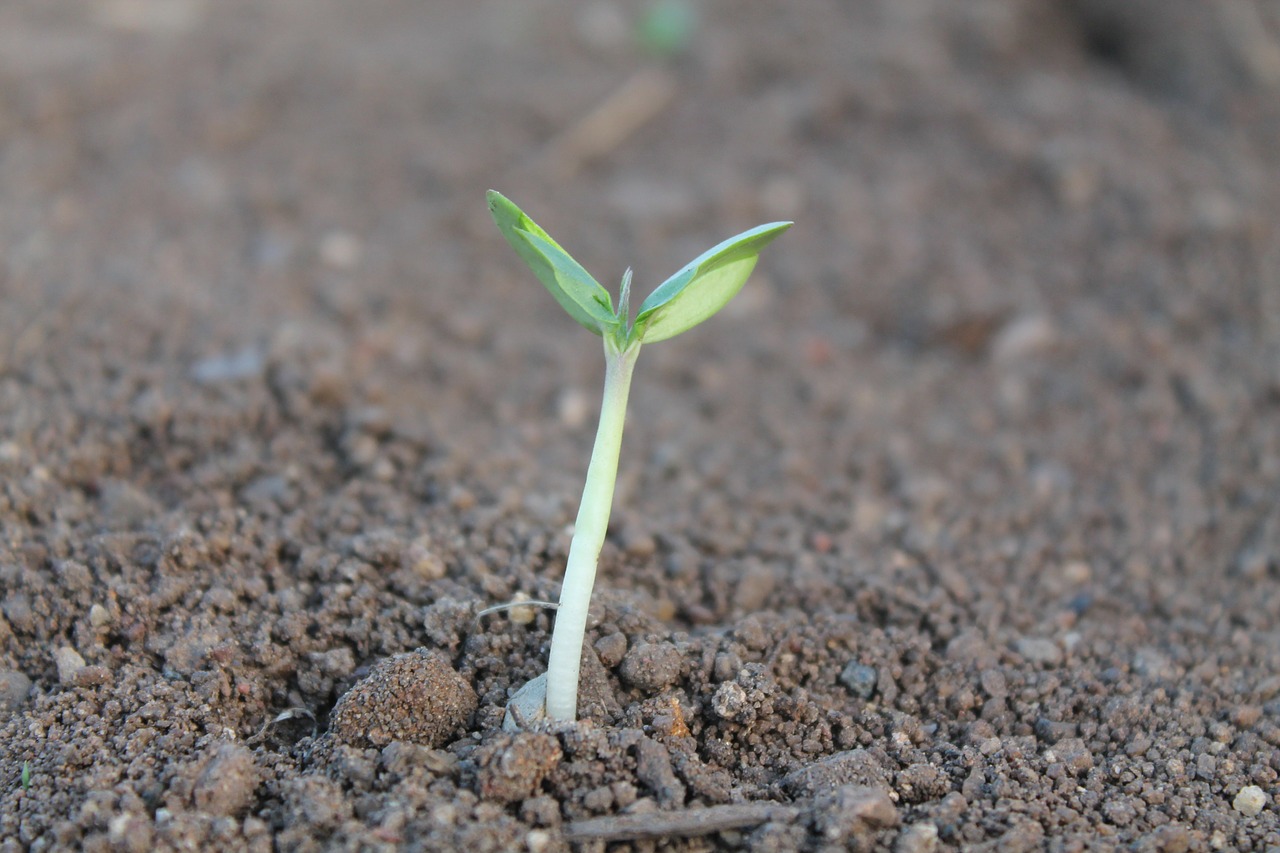 Tropical bats are important to rainforests.  They pollinate flowers and drop seeds for many trees and bushes.

By helping to rebuild cut forests, bats are also making sure other animals continue to have homes, shelter and food.

In the wild, important plants – from bananas and mangos to nuts, dates and figs – all depend upon bats for pollination and seed dropping.

In the southwestern part of the United States, nectar-feeding bats are the main pollinators of the giant saguaro cactus. 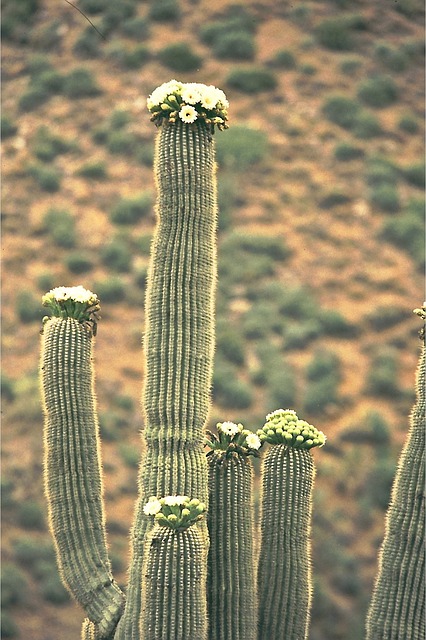 How is this for amazing? Scientists are studying the saliva from the vampire bat and they think they might be able to make a new medicine from it to help people with heart problems. 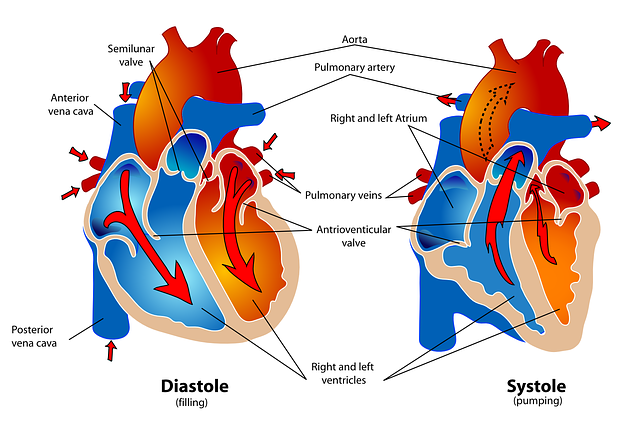 Aren’t these just amazing animals? Who would have thought how much good they actually do.

So spread the word about your new-found knowledge and look out for bats in your area.

Try and study them a bit to see if you can find any of the stuff we’ve spoken about! 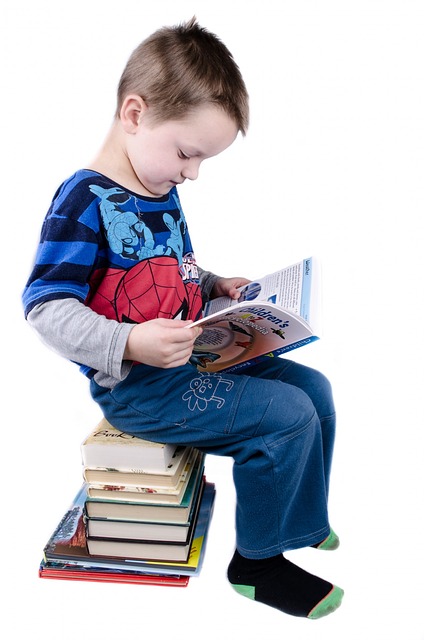 Want to learn even more?! Check out Live Science for more bat facts and stats!

Click to download our questions about bats quiz sheet to use in class or at home! Questions about Bats (all answers can be found on this page).