Flamingos are pretty well-known for their vibrant pink color and long legs and neck.

Their appearance is very unique from other birds, which makes them stand out among the crowd. 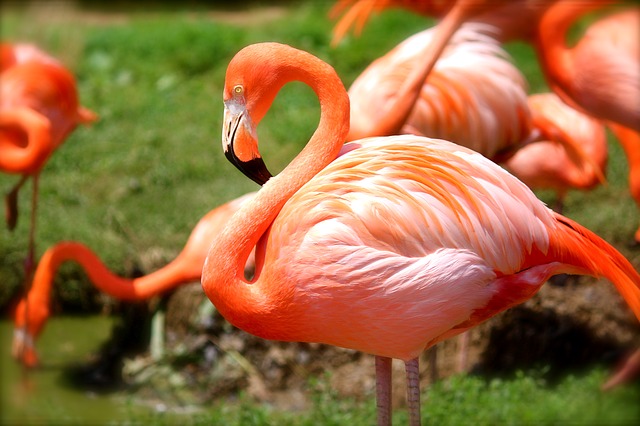 There is more to learn about these colorful creatures than their bubblegum pink hue, however.

Read on for some fun and fascinating facts about flamingos (trying saying that five times fast!).

Where do flamingos live?

Flamingos can be found in a variety of habitats and adapt well to both cold and warm climates.

They can live everywhere from mountains to flatlands, as long as they have plenty of access to food and water sources.

Flamingos also tend to flock together, wherever they may be – colonies in the wild will contain thousands of birds.

When you go see flamingos at the zoo, you will find they are placed with 15-20 other flamingos (at least) – this is because flamingos thrive on social interaction and do not thrive if they have to live alone.

They are mostly found in South America and Africa. Regardless of exactly where you find flamingos, they are water birds, so they will always be near lagoons or lakes. 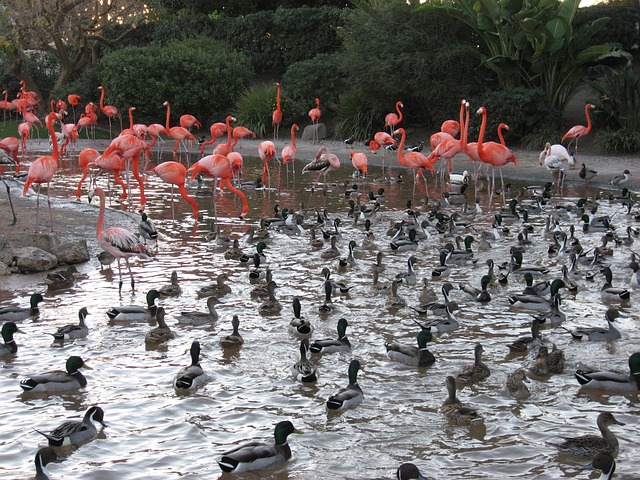 Flamingos mostly eat algae, larvae, and small crustaceans, because they generally live near lakes, swamps, and wetlands. They also dine on shrimp and mollusks.

They filter the food they eat from the muddy water below by using their unique bills. The bill of a flamingo is adapted for filter feeding, and their fleshy tongues also aid in the process. 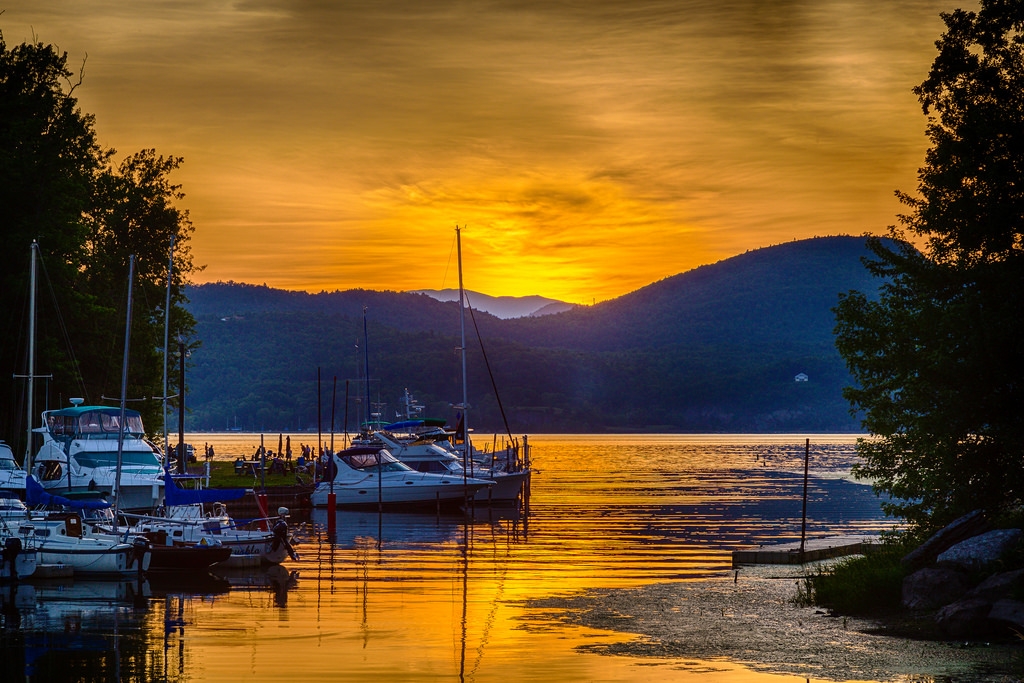 They seek out fresh water for drinking, although most flamingos live near lakes with high salt concentrations.

Sometimes flamingos have to get their fresh water from boiling geysers. These birds can actually drink water that is a very high temperature, even approaching the boiling point! 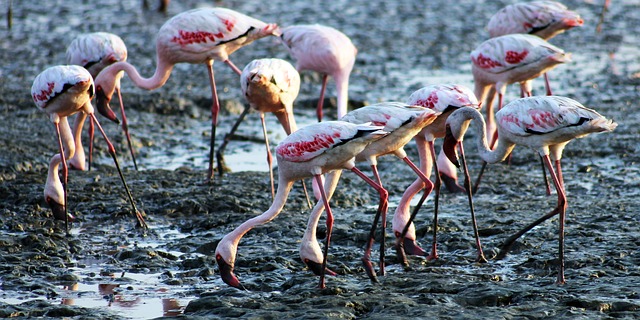 Flamingos are usually pink in color, a hue they are quite famous for. However, they can also be found in various other shades, including crimson red, orange, and even cream or white.

The flamingo is well known for having extremely long legs. The legs of an adult flamingo are actually longer than the bird’s body, measuring anywhere from 31.5 – 49 inches, depending on the exact species.

Another physical feature they are known for is that long, curved neck. They have 19 elongated cervical vertebrae, so the neck can move fluidly and even twist.

Elaborate neck movements are a very common and fascinating aspect of the flamingo’s mobility. 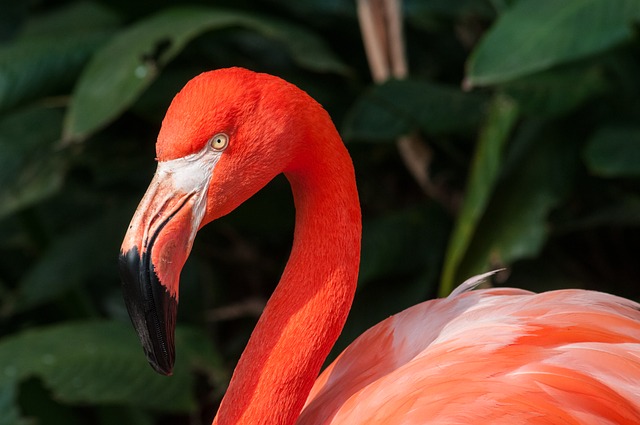 The flamingo’s eyes are located on either side of its head.

Colorful feathers cover the flamingo’s body, except for the bill and the scaled part of the legs and feet. These feathers are actually protective, keeping the skin from getting damaged.

They are also useful for streamlining flight for the birds.

Believe it or not – cool flamingo facts

Believe it or not, flamingos can actually fly better than most people realize.

It is a very common misconception that flamingos do not fly, but they have the ability to fly hundred miles a day between different locations for the sake of finding food.

They also take off very quickly and fly up to 35 miles per hour.

Believe it or not, the notable pinkish color of the flamingo is due to the bird’s diet. The algae flamingos eat consist of alpha and beta carotenoid pigments.

Flamingos are actually born with a white or grayish tone, which changes over time due to this diet rich in carotenoids.

Believe it or not, flamingos shed and replace their body and wing feathers at very irregular intervals.

This could happen twice a year or once every two years, depending on the particular bird’s breeding cycle.

Believe it or not, the flamingo’s ankle is located halfway up the leg.

Believe it or not, when the flamingo is born they have greyish eyes. This does not change until they become adults, and then they have yellow eyes.

And finally, the largest colony of flamingos contains 1 million members and can be found in East Africa!